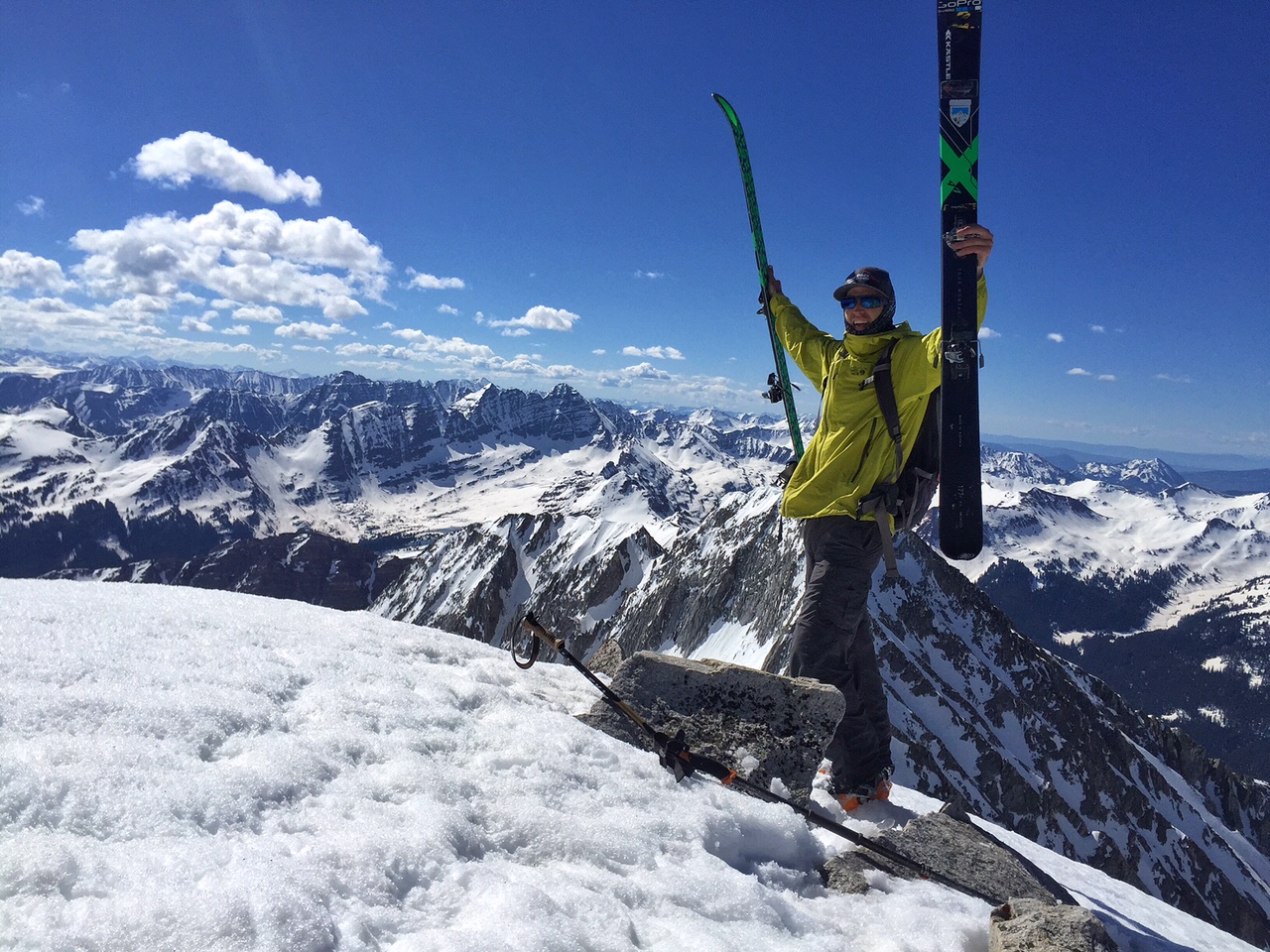 Snowmass summit with Maroon Bells in the distance.

Keeping the momentum rolling and taking advantage of early June with excellent coverage, I tackled Longs on Friday June 3, and Snowmass on Sunday June 5th with great company. 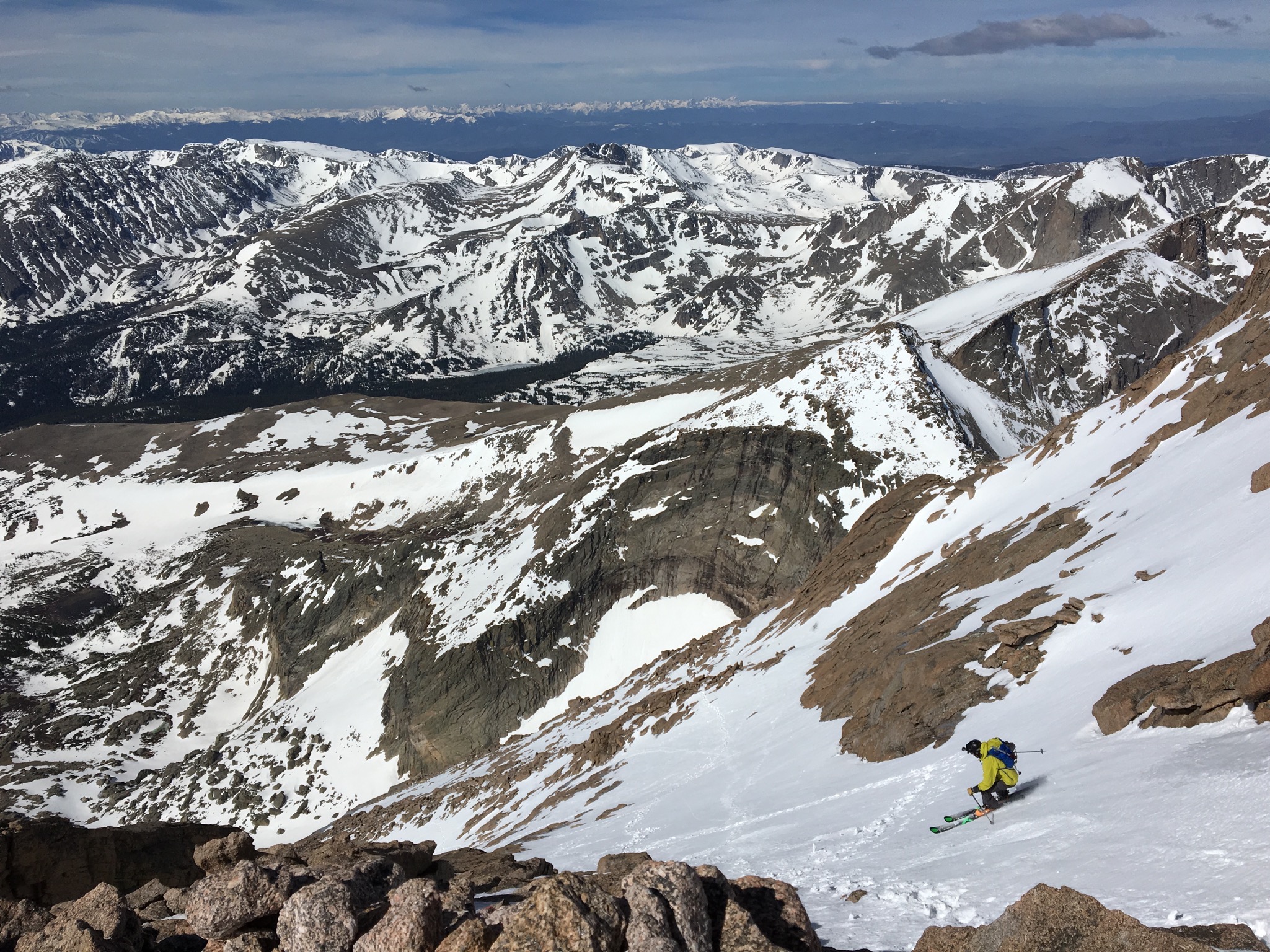 Dropping into the Homestretch on Longs (Scott Benge Photo)

On Longs we skied Keplingers from the Homestretch right off the Summit, and then on Sunday, I climbed to the top with a fun team, utilizing a camp below Snowmass Lake in the basin near the log Jam. We climbed the famous Snowmass and enjoyed a classic line off the tip top and down to the lake for a spectacular tour of the Elk Range. 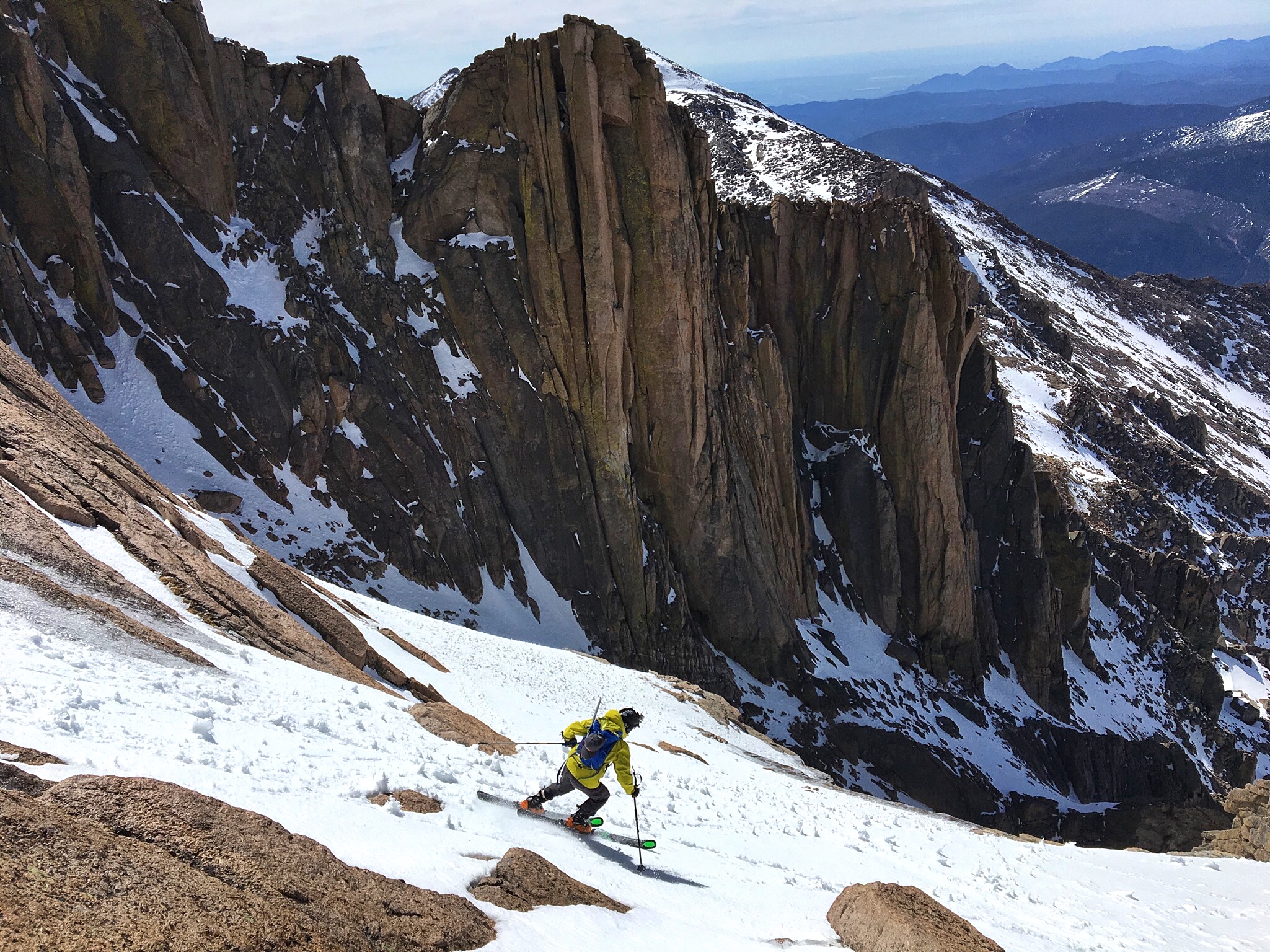 Heading to Keplingers on Longs.

On Wednesday as I descended into the woods and out on the trail in Wild Basin, it occurred to me: regardless of what happens on Capitol or Snowmass, I had done it, I had climbed and skied the original 54 list of 14ers, and I had done it in less than one year! 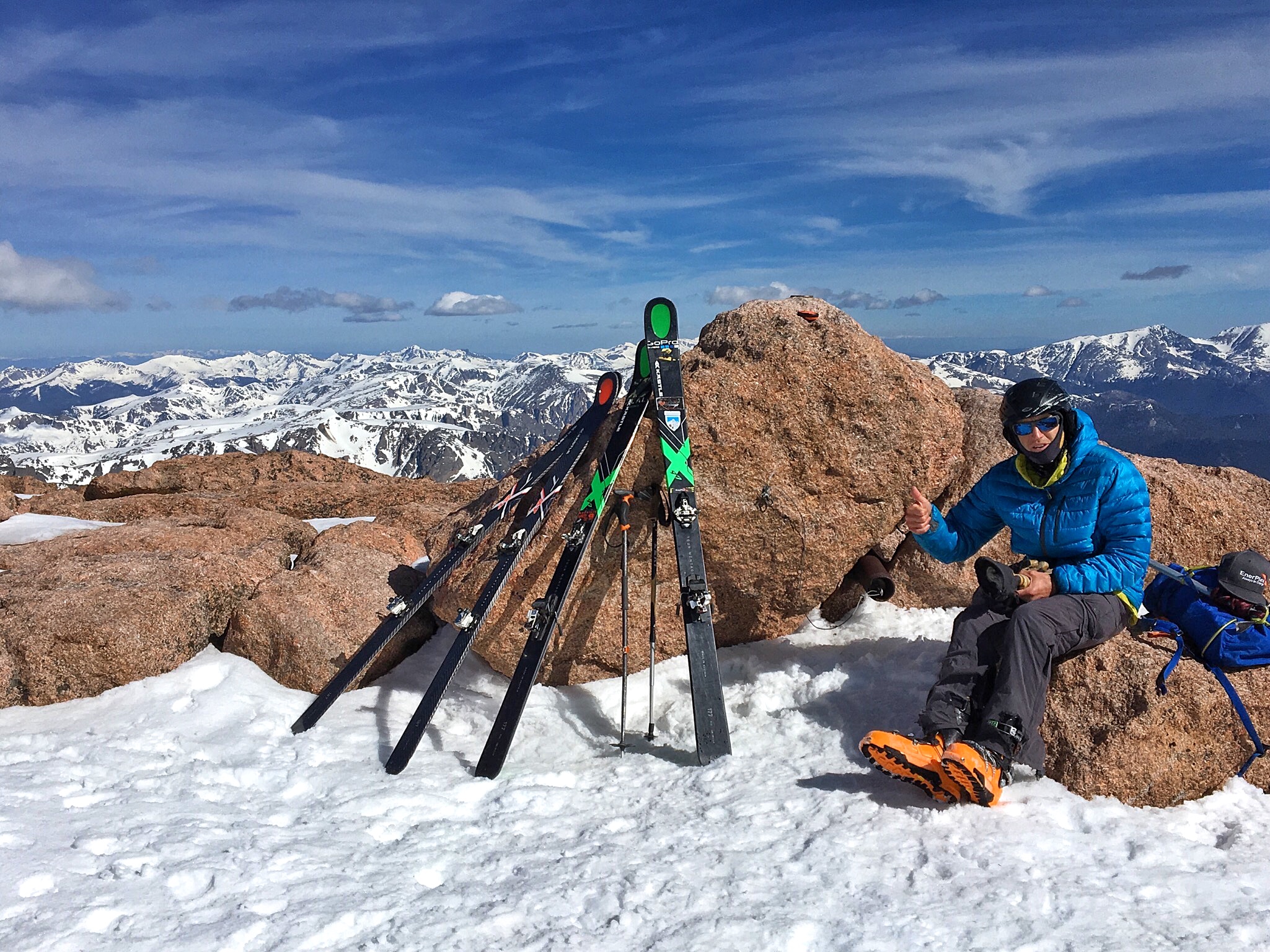 Starting June 4, 2015 and wrapping up with Longs Peak on June 3, 2016. I was able to complete the original and widely accepted ski list of 54 starting with Capitol Peak on June 4, 2015, and finishing with Longs Peak on June 3, 2016, done in less than one year. Dav’s Record is still on the table at 362 Days and I was able to hang in at 364 days. He and I are the only two people reported to have skied all the 14ers in less than a calendar year. To push the record out It’s gonna come down to trying for Capitol still.  In my opinion, the conditions are probably not safe, its too warm – but I know for a fact the coverage on the ski line is good from what I saw on Sunday from the top of Snowmass.  Regardless of what I decide to do moving forward, this project has been amazing, and I have accomplished a lot.  I reached one of my goals- and that was to finish skiing the 14ers.  Prior to last year I had skied about 45 of the 14ers, so it was awesome to be able to go back to all the peaks again, and of course add some new ones that I had not skied just yet. Regardless its been a heck of a ride!