Summit with the Three Apostles to the southwest.

Roundtrip Mileage and Skiable Vertical: 5,200′, 19mi, Summer Trailhead then back down road for 7 miles below Winfield. 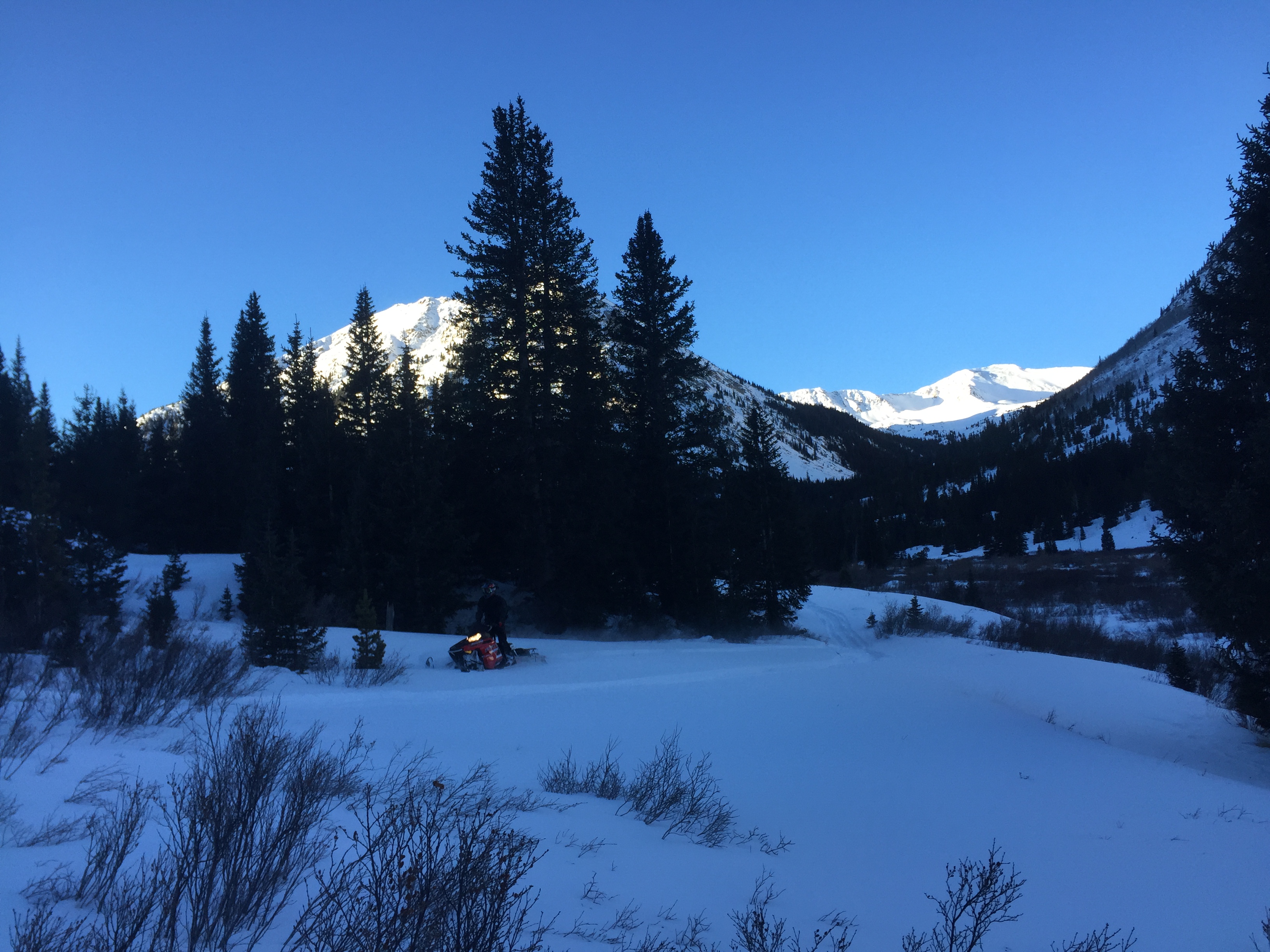 Jared turning around and breaking some trail.

Jared pulled me to Summer trailhead on snowmobile. Then I soloed from 9am-2pm up unconsolidated powder and 1ft of depth hoar w 2 ft of powder. Summit 2pm, then skied down and made it 9 miles past Winfield to car on road back to car by 5pm. Long day! About as isolated on a 14er as you can get in winter.

Huron was an adventure. A clear and calm Colorado winter day to a tucked away corner of the Sawatch. It’s true that in Calendar winter, Huron sees probably less than 10 people per season. I know for sure I was likely the first person to climb in during 2016 this particular year. 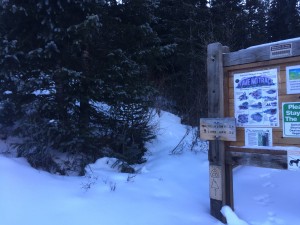 Summer Trail with nobody else around.

My brother Jared was generous to follow me to the end of the dirt road about 7 miles from Winfield where we unloaded his snowmobile and I had a fun ride up to Winfield. He pulled me with a rope on his Sled and by 830 we were up at the summer trailhead. From here my brother forged ahead a bit to explore a good way to ascend the north slopes to timberline.

The snow here was about 3 feet deep. It was 2 feet of powder and then a bottom layer of depth hoar. As it turned out, we could go no further on the snowmobile, so I said goodbye to Jared and startd to break trail though the woods. It was tough! I would sink in the powder then break through the hoar layer below. Three Apostles in the distance after reaching timberline.

After a couple hours of this I only made it about a mile, but finally broke out to timberline. The peak was in front of me and so I ascended gentle slopes to the ridgeline. The day was gorgeous with endless views including the Apostles in the distance. Heading towards the peak, I skinned up the ramp fem left to right to gain the ridge.

The summit ridge was quite windblown. Originally I was going to try the Southeast face of the peak, but had to opt for skiing down the way I came up instead. 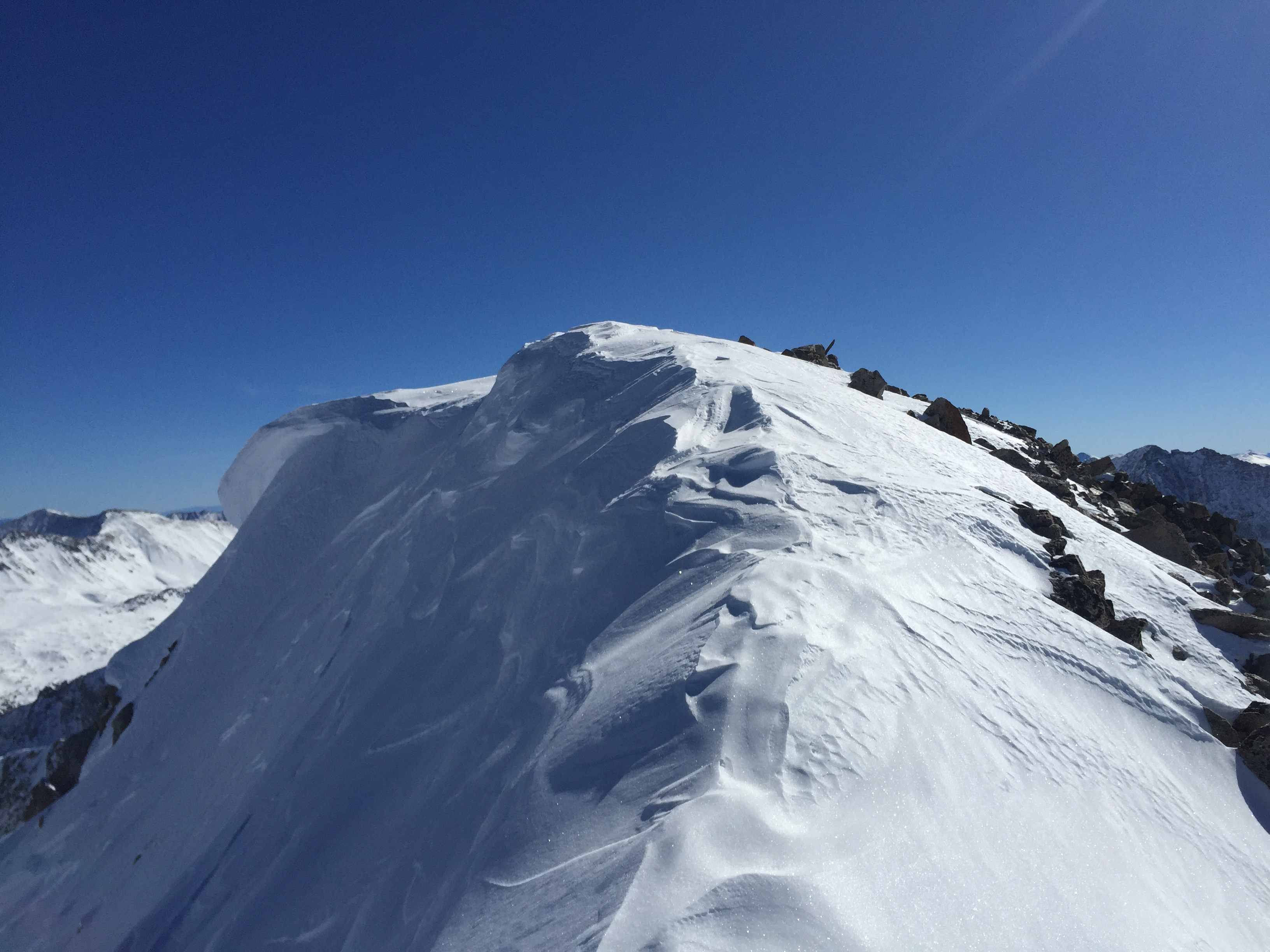 Nearing the Summit, the ridge was loaded!

After an hour on the summit I dropped in in perfect conditions and made my way back down the basin towards the Huron Summer Trailhead. Northeast aspect was great to make turns with nobody around.

Heading back down to the summer Trailhead to the road and the snowmobile trail.

But once I reached the summer trailhead I had a nice long 10 mile journey following my brothers snowmobile tracks to get back to my car. The way to Winfield was downhill, so I got back there around 3pm. Winfield with 7 miles to skate still!

After an hour and a half skate down the main road on rolling hills for 7 miles, I was back to my Car and headed home before dark, no problem! 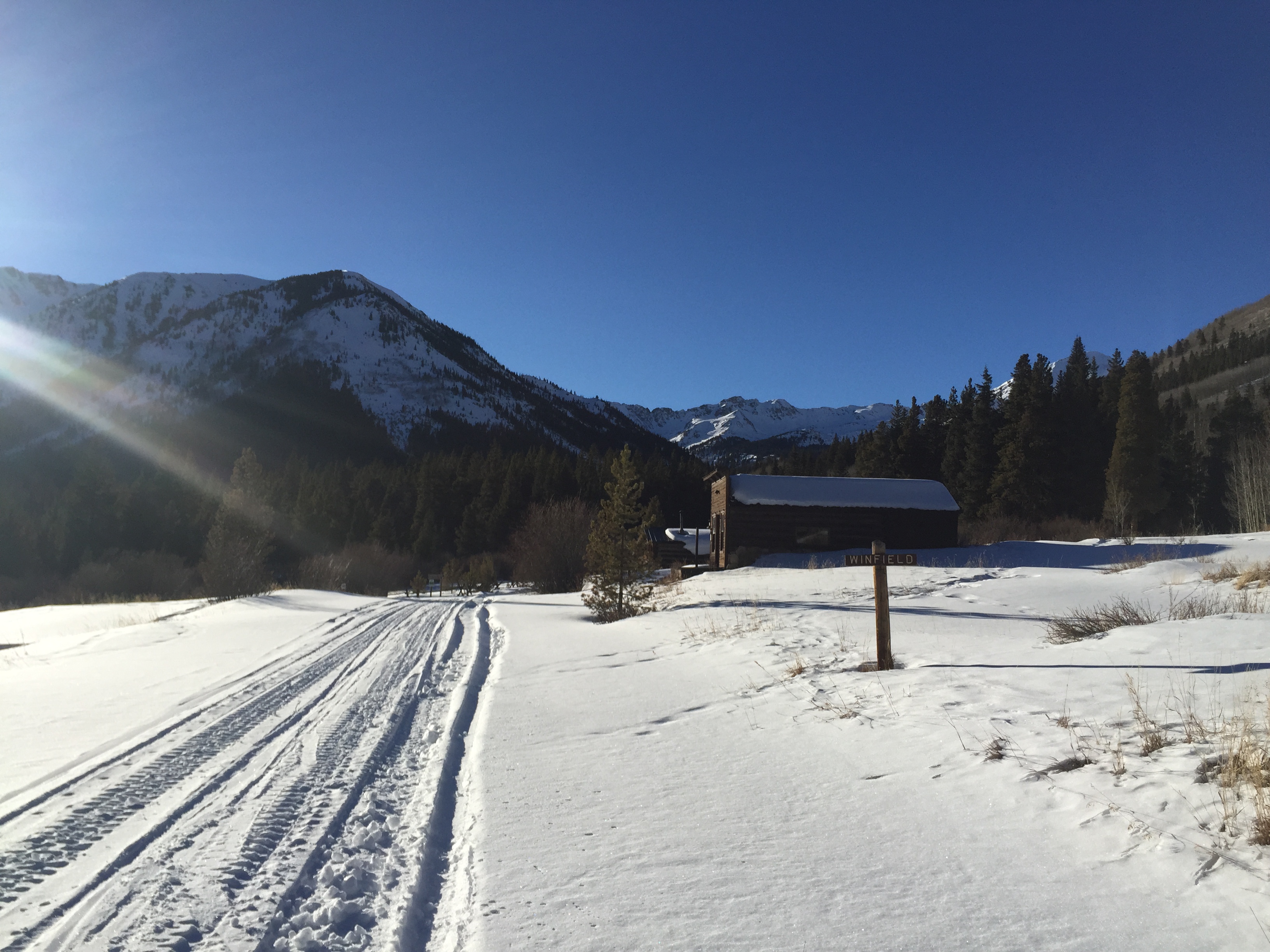 On to the San Juans!