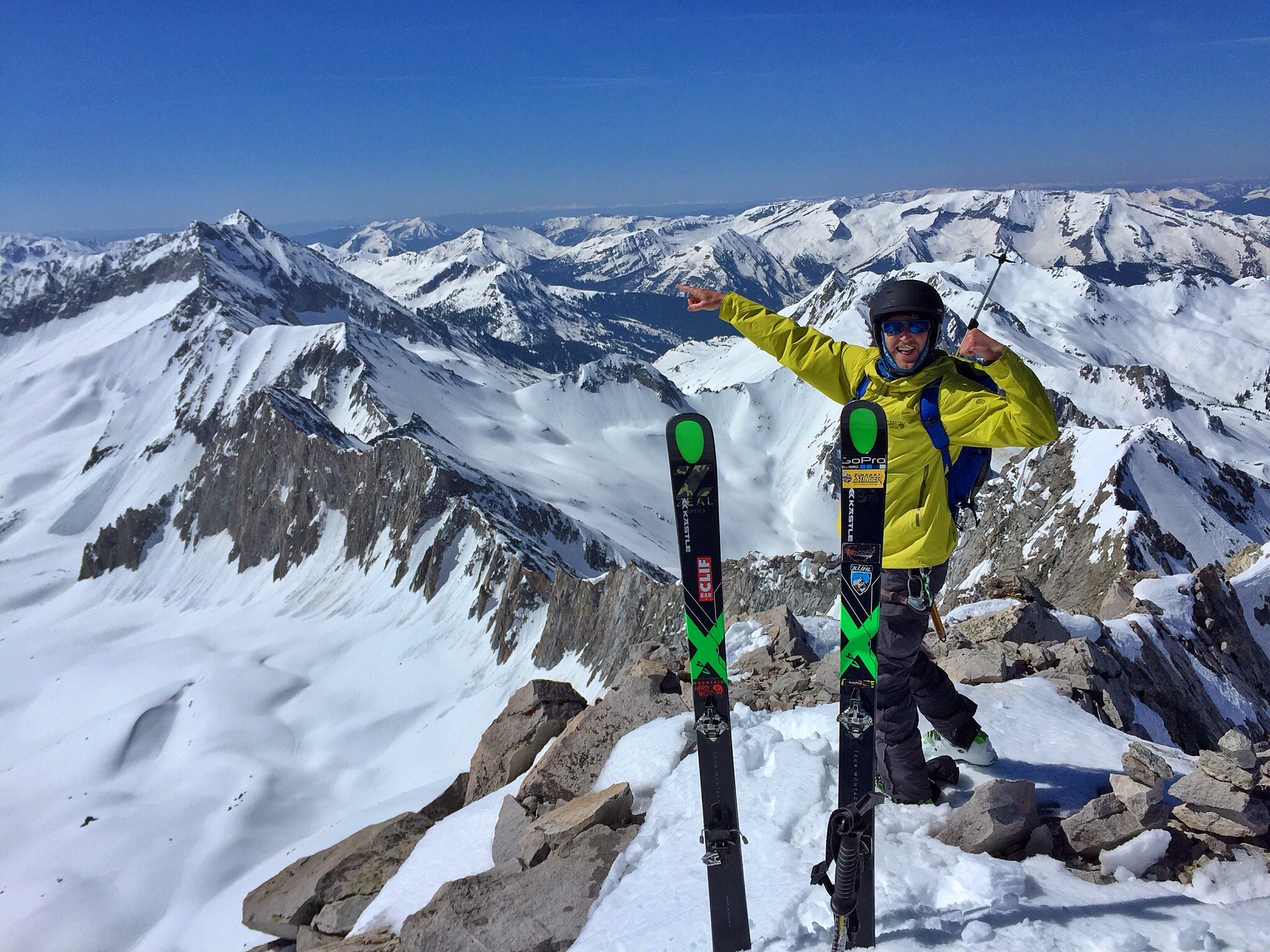 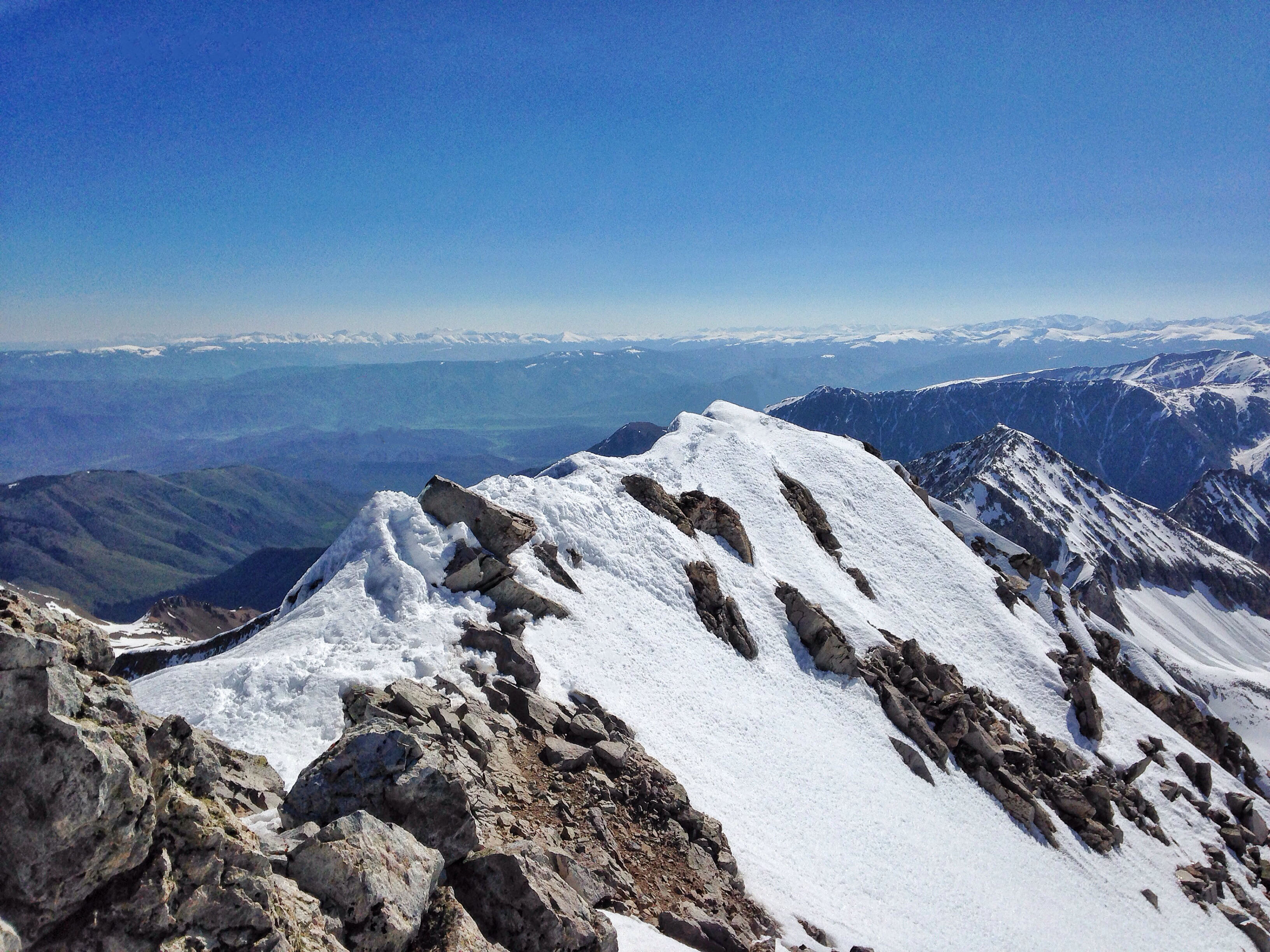 A couple of visits to Capitol Peak by June 2016 proved to be too late to ski the peak to the standards of the officalites, it was too warm to descend the really dangerous parts, and too rocky on the east face of the peak. The summit (seen above) on June 12 was snowy enough to traverse to the top of the east face, however, there was nothing left to ski (at least safely) on the ridge and the east/SE face back to the secret chute. Returning on June 14 (below), I at least skied down the chute and was able to film part of it. No records here, but again, being able to climb the peak was still a win for me.