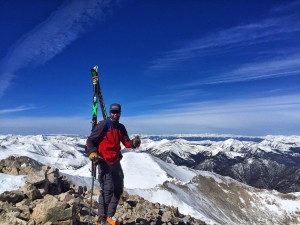 I had a little Tiger inside me and I let it out with a fun solo day on Princeton in the southern Sawatch. My alarm in Vail went off at 230 am and I was on the road cruising down south in the dark by three after a nice breakfast. Pulling into the Mount Princeton Road I was able to drive about a quarter mile to where the snow started and so I turned around on a flat spot, parked, and was skinning up the road in no time.

In the darkness it was actually quite warm and not very windy at all. The usual magical hour came and went, a decent sunrise, and the lower reaches of the road turned from half melted out to full on snow making for a fun warm-up for the climb. 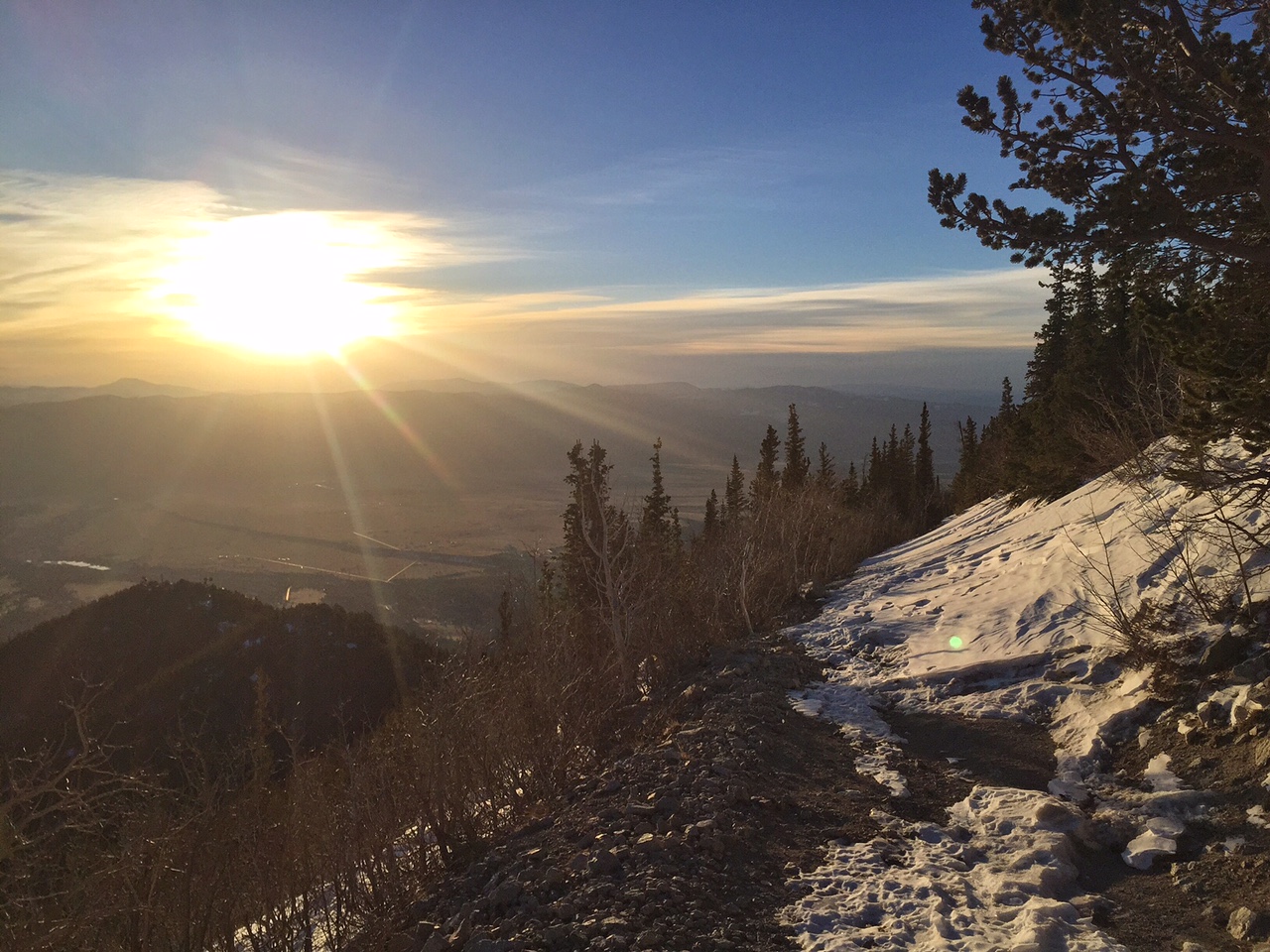 In early dawn light I reached the radio tower at 10,800’ and pushed on. For awhile the winds howled and I wondered if the day would turn out to be another battle in high winds. Near timberline I left the road and followed the summer trail west to get my first look at Princeton. 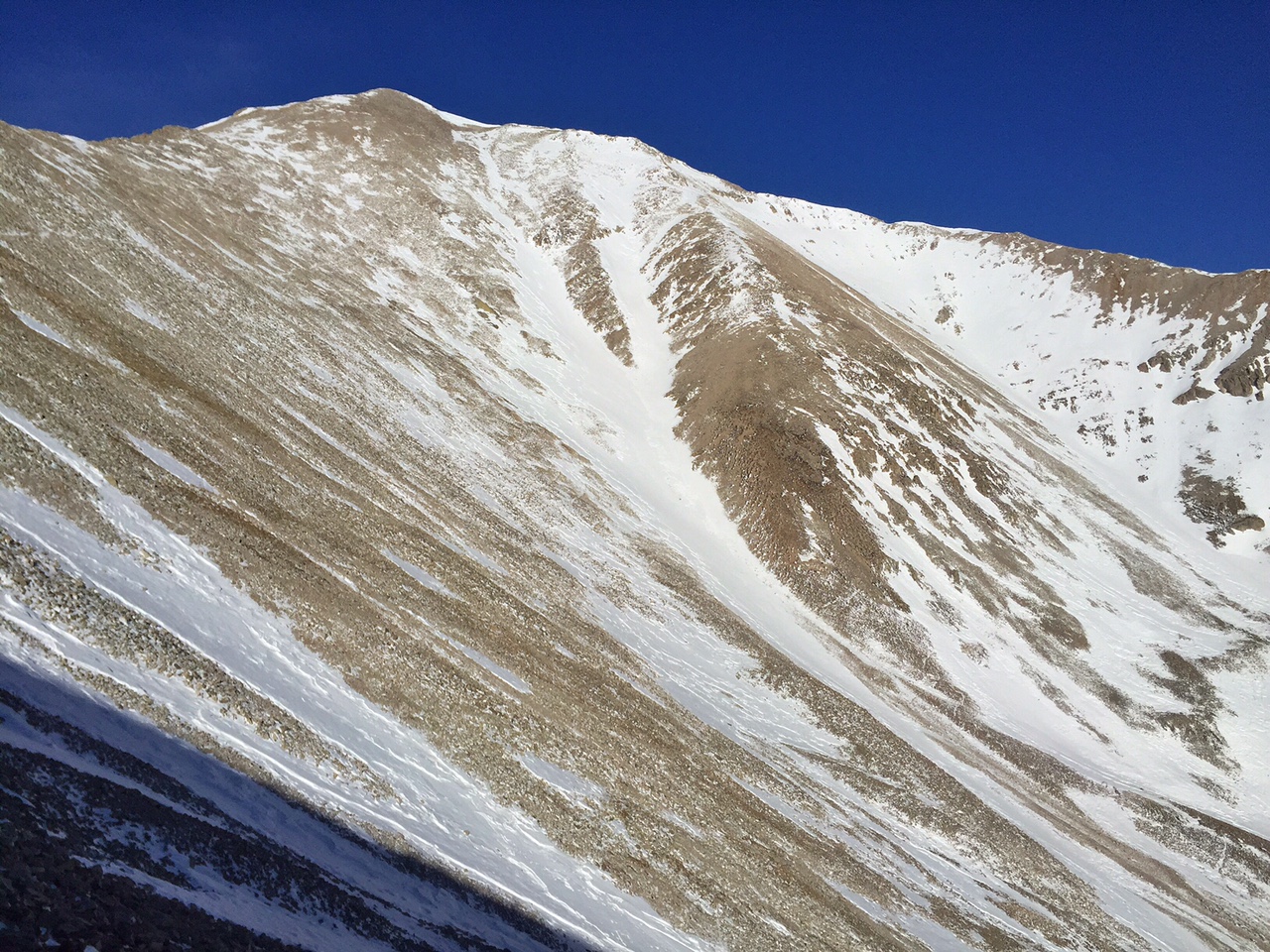 The morning sun was warm and between 8 and 9 as I climbed toward the peak in the basin and scoped out my ski line, the winds died down and it became quite pleasant! Luckily the peak has some reasonable snow, enough to make something work. Not having to essentially run for my life like last week in the winds, I took a 20 minute snack break about 500 feet from the top, sat and just enjoyed the views. It was so nice! 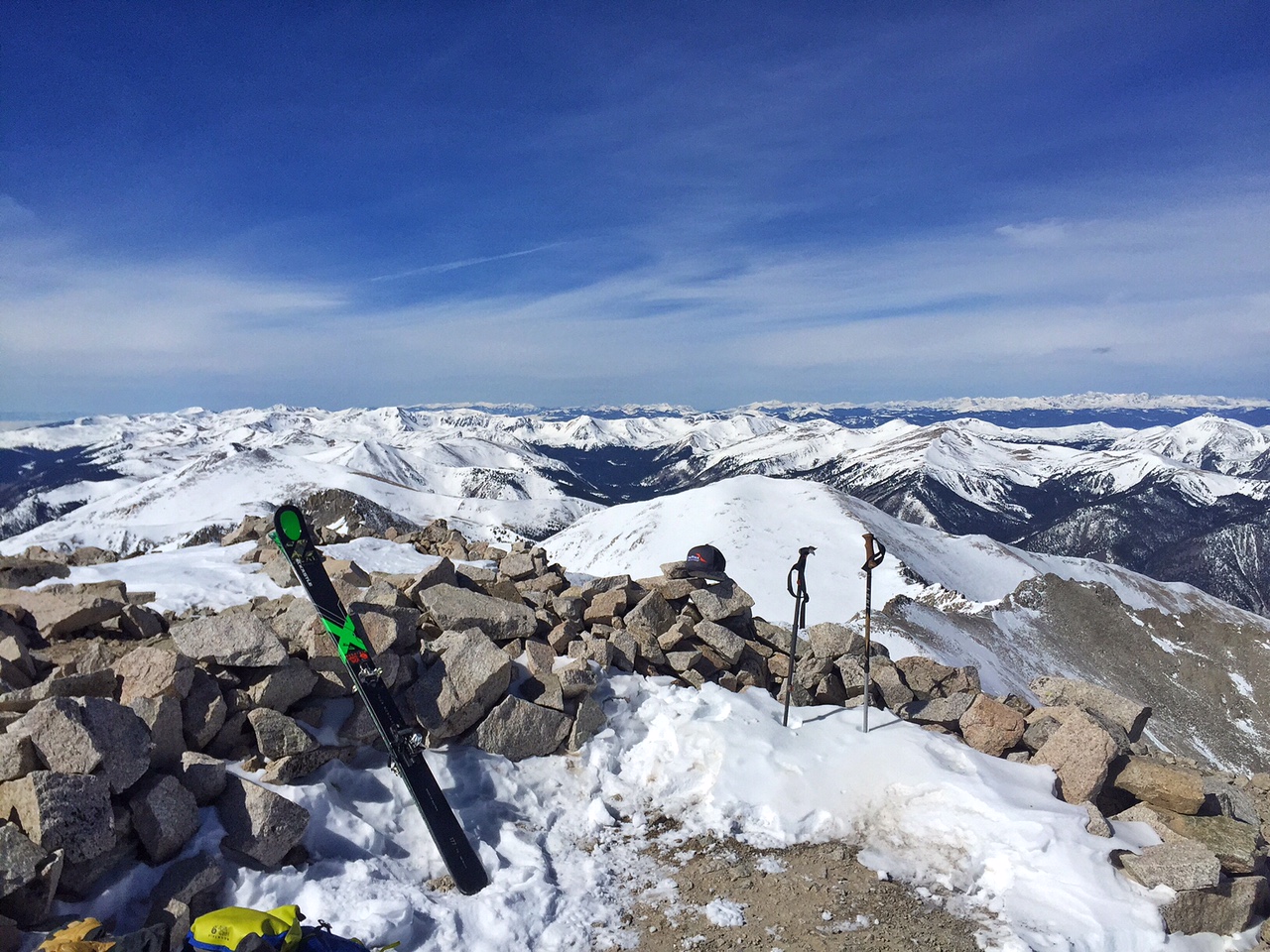 Summit Shelter in almost no wind.

Views to Shavano and Antero concerned me a bit. I hope we get some snow on those peaks! (Usually April and May deliver to make them skiable enough) The northern Sawatch has plenty, and so does the Elk Range and San Juans, which I could see plastered in white apart from the nice blue sky. Still plenty of days ahead! 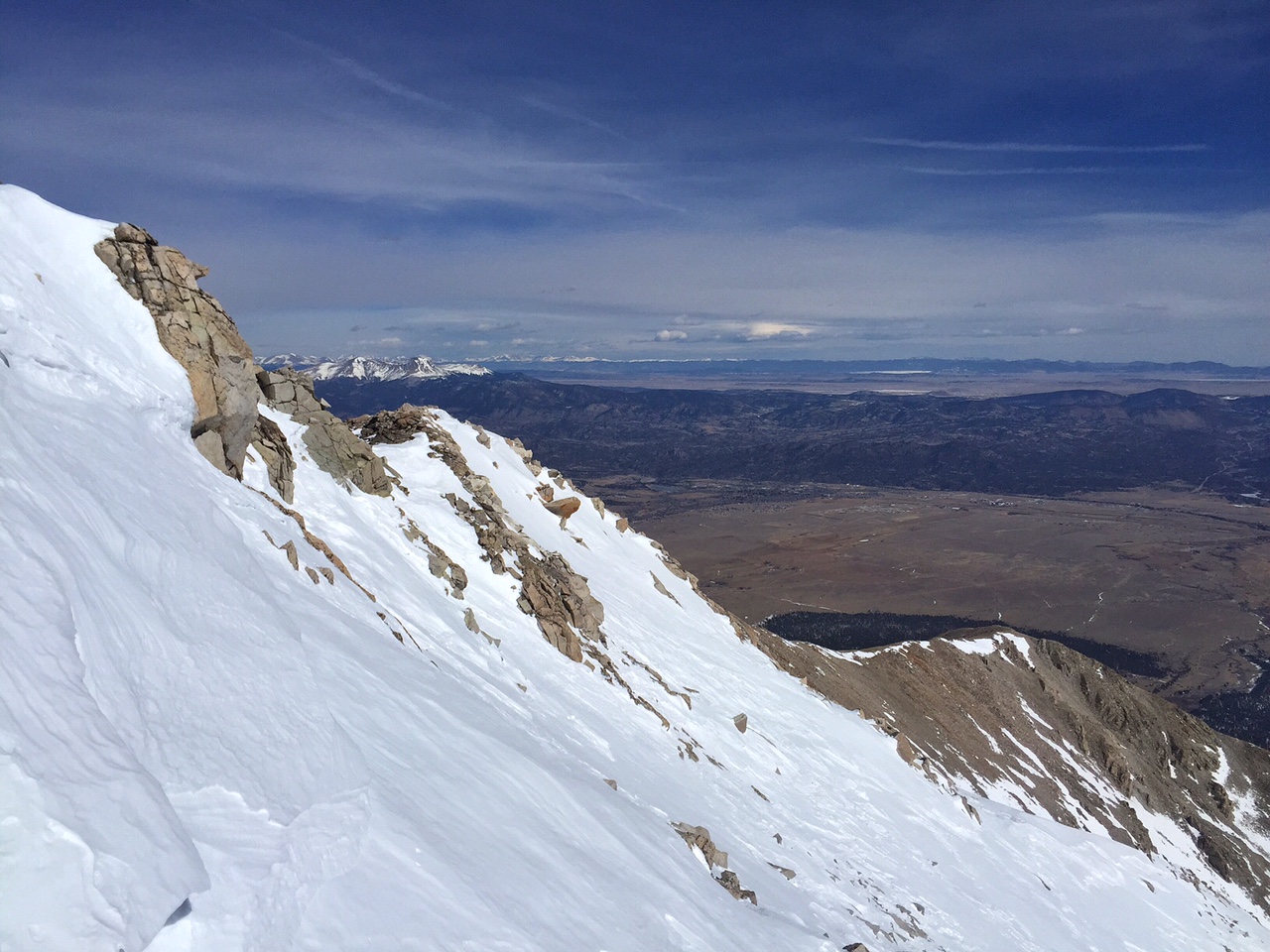 Looking towards Buena Vista at the tip of the line.

After some snacks and photos it was time to ski. I left the summit on Princeton’s eastern and northeastern ridgeline, and fund the top of my line that I had seen on the way up. Besides and few rocks near the top, it was clean all the way into the basin!

I descended and made some nice turns in the softening snow that had been warmed by the bright sun. Near the bottom I crossed paths with some goats who crossed the chute. 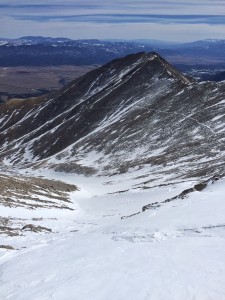 Looking down the line halfway down. 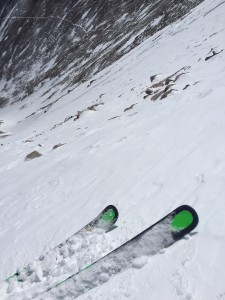 We’ll call it the East “Tiger- Goat” Chute on Princeton! Soon after a short upclimb from Dry Creek Basin I was back on the summer trail that wrapped around “Tigger” peak and back to the road where I was able to ski nearly back to my car by 2pm.

Fun, Fast, and Efficient day in the Mountains for Peak #11 of the project! 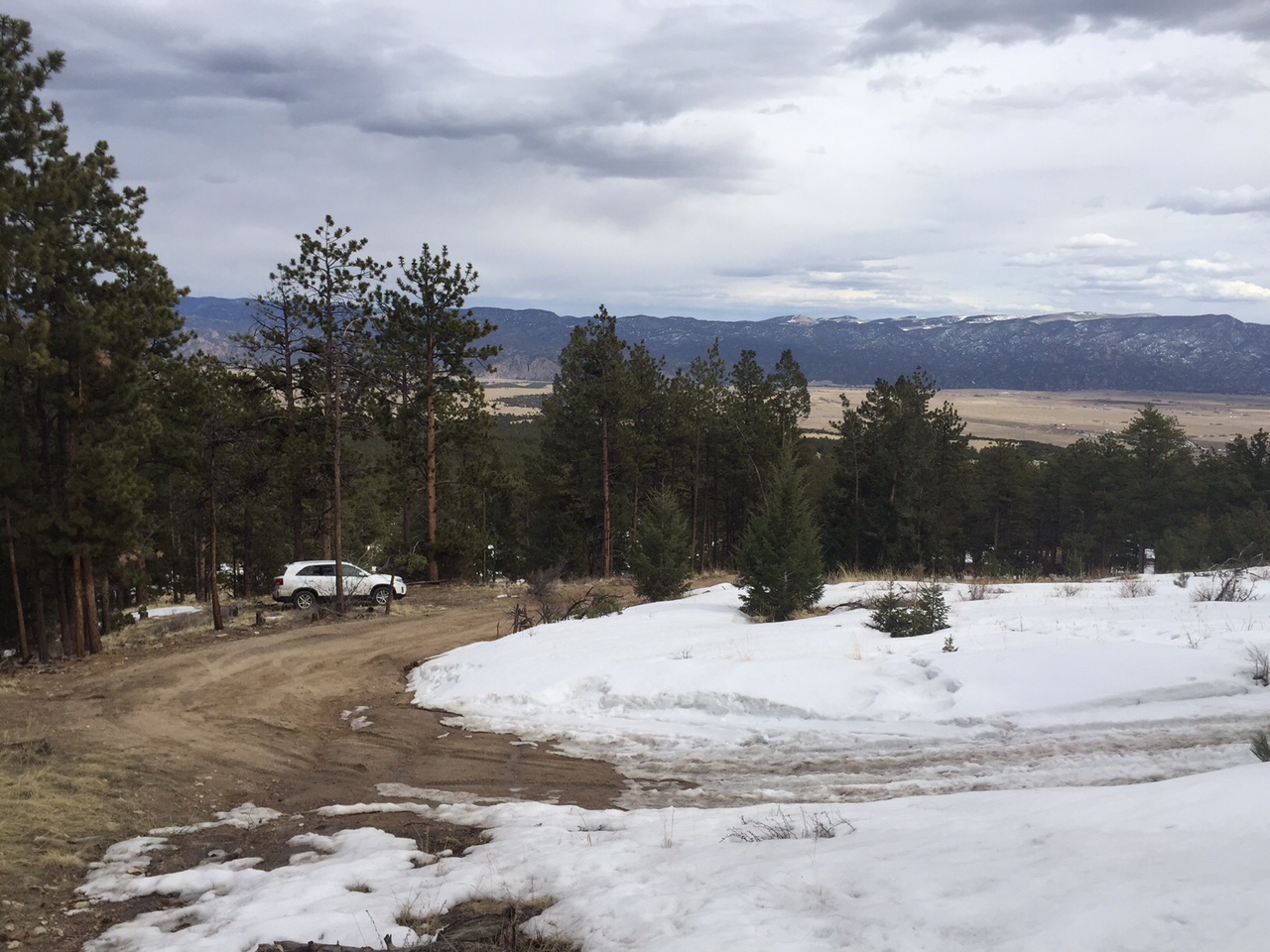