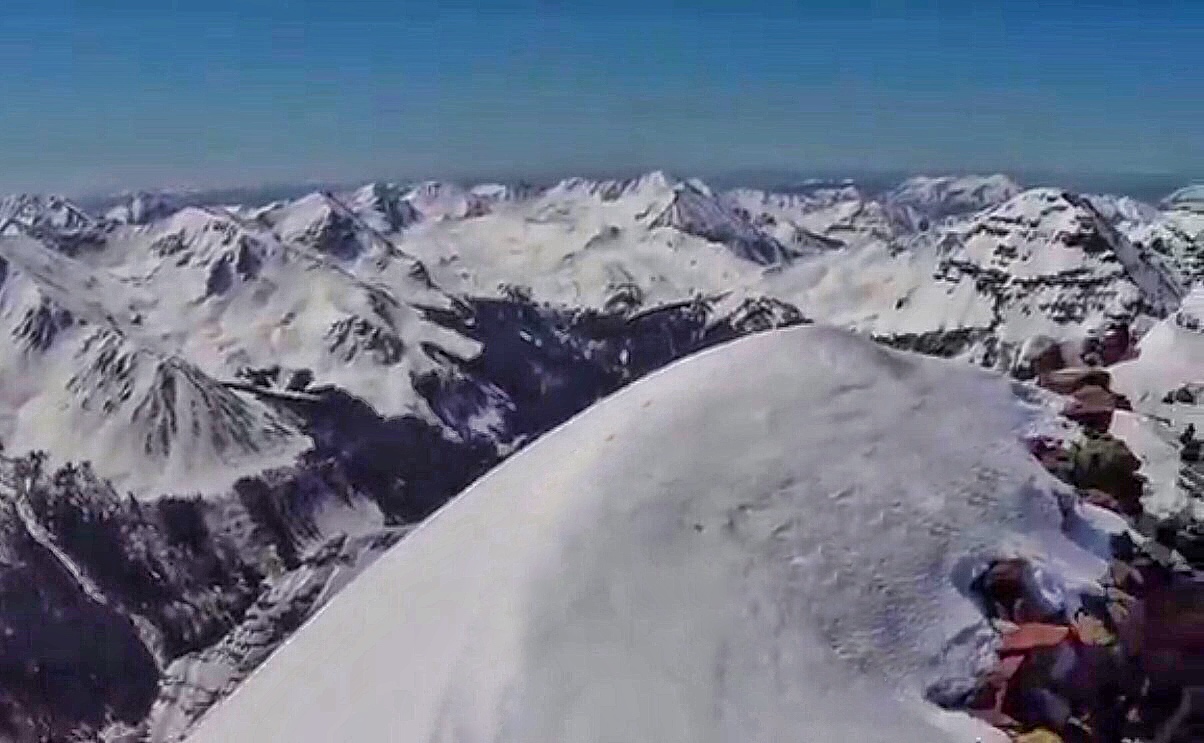 Ski Route: Top of Landry Line via northeast ridge, a climb of northwest ridge as well.

Pyramid is a peak that really cost me the ability to get the project finished to the degree it could have been. I visited the peak on so many occasions that I nearly lost count. What the setback on Pyramid honestly comes down to is May 21. I climbed Pyramid on May 21 with Brad and Eric. We started nice and early and were high on the ridge before sunrise. Then it happened- I decided I was done that day. 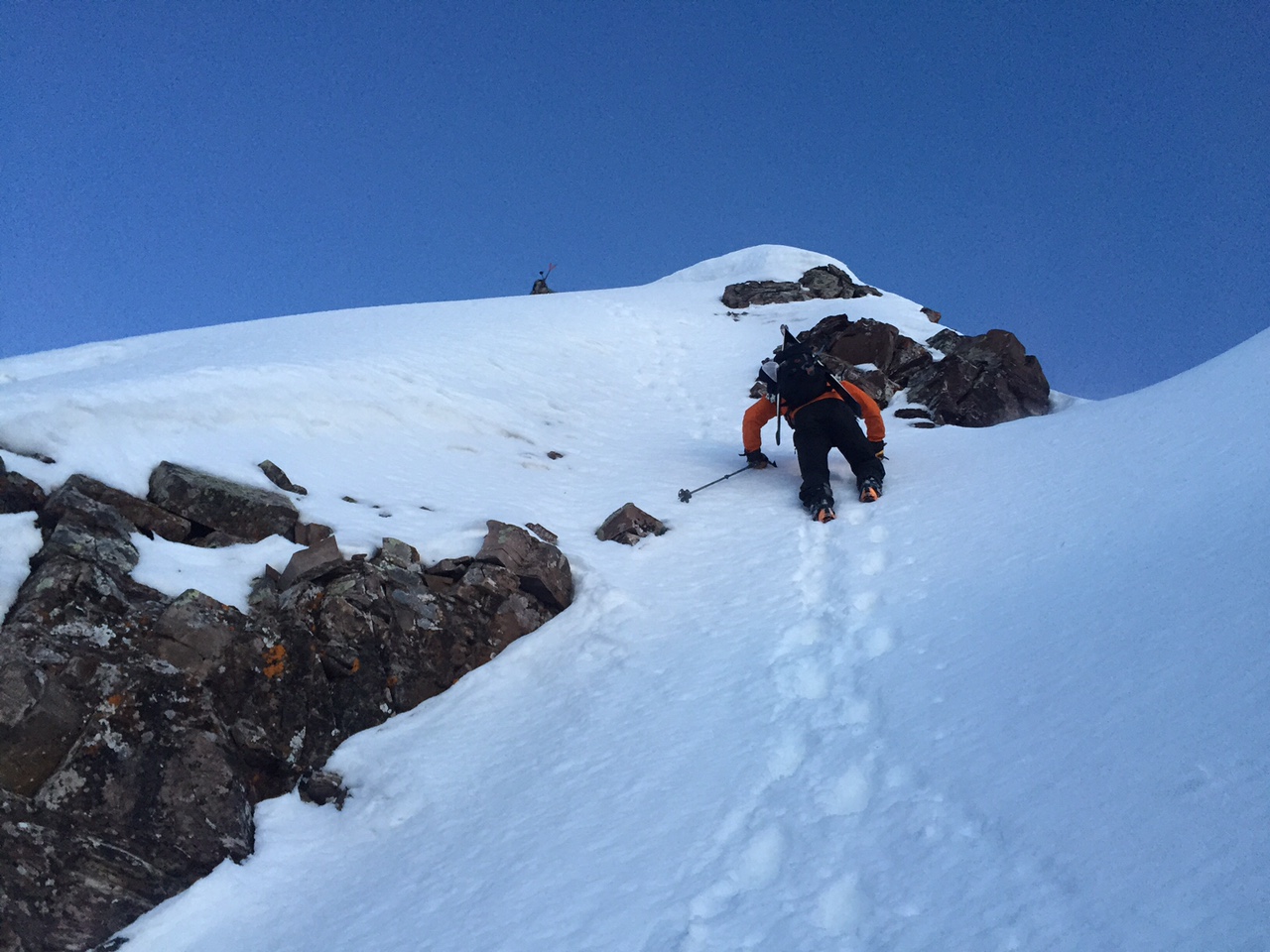 Right around the time we were about to leave and go up the peak, I had heard about the passing of a dear friend on Everest this season. I was floored. My mind was taken off the climb and as I ascended Pyramid with Brad and Eric- I completely lost my mojo and didn’t feel like going up any higher. It’s really nobody else’s concern as to how I felt that day in my mind, my heart, and my soul. I had watched my friend try on Everest for 5 separate seasons until he died ( he and I climbed together in 2012 and 2015 in Nepal after he finally summited this year), and what had happened to him really shook me. As Eric Brad and I ascended, the conditions on Pyramid on May 21 were near perfect. I’m not sure if it was a combination of a long set of months and a ton of peaks skied in April and May, along with the steepness of the peak that bothered me, but that morning high up at about 13,600’ I lost all desire to continue. In the morning sun I sat and watched my chance to get the peak done properly as my friends reached the summit at about 7am. It was over. 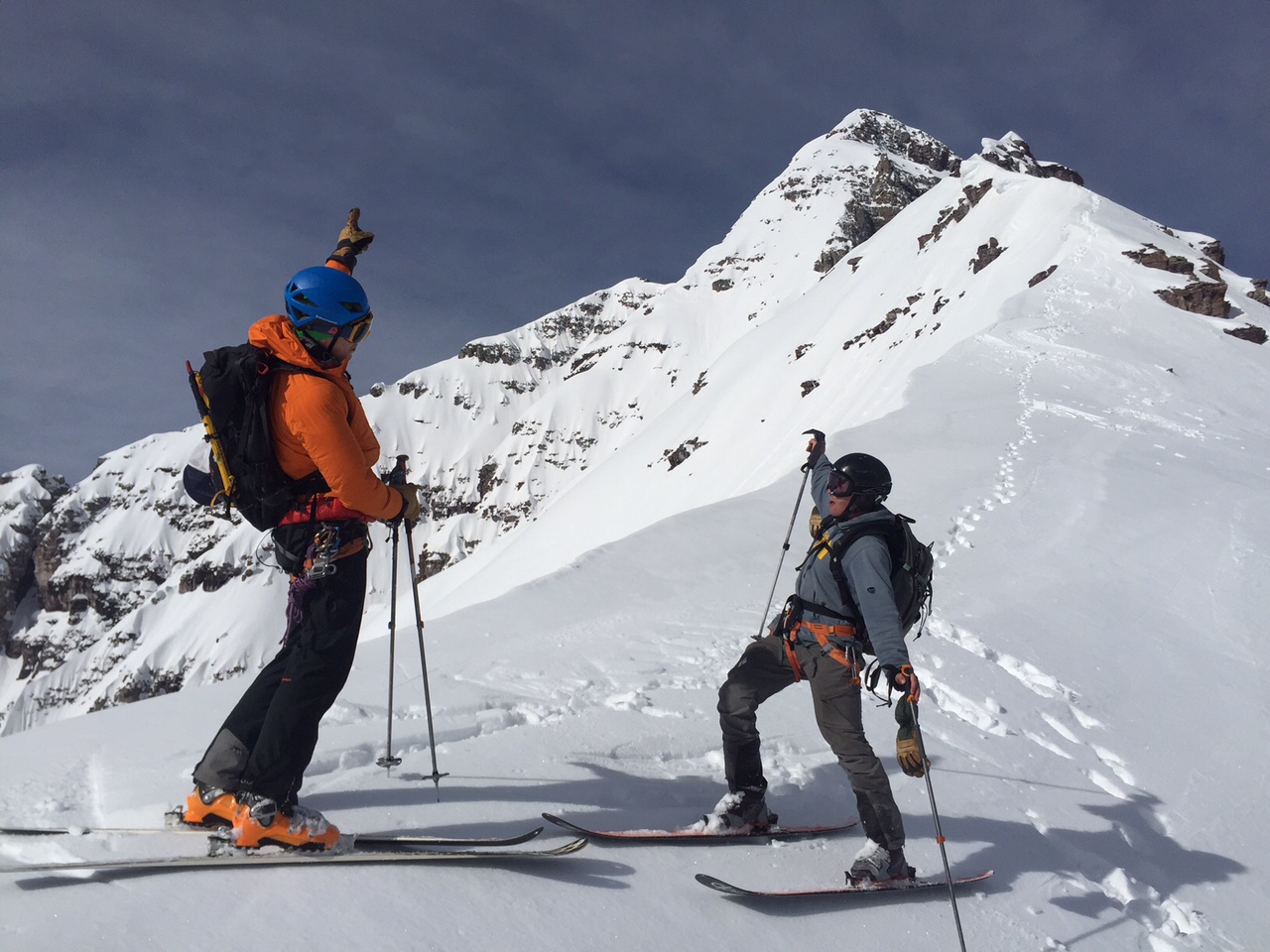 I was proud of my friends after they skied it all.

I of course went back on three other occasions (June 1, 2, and 6th – as well as a trip before this on May 14) with only one summit but each of those times it was more about convincing myself that the skiing would be in and the snow would be fine, but much like Capitol peak it was too late to get a complete ski line. 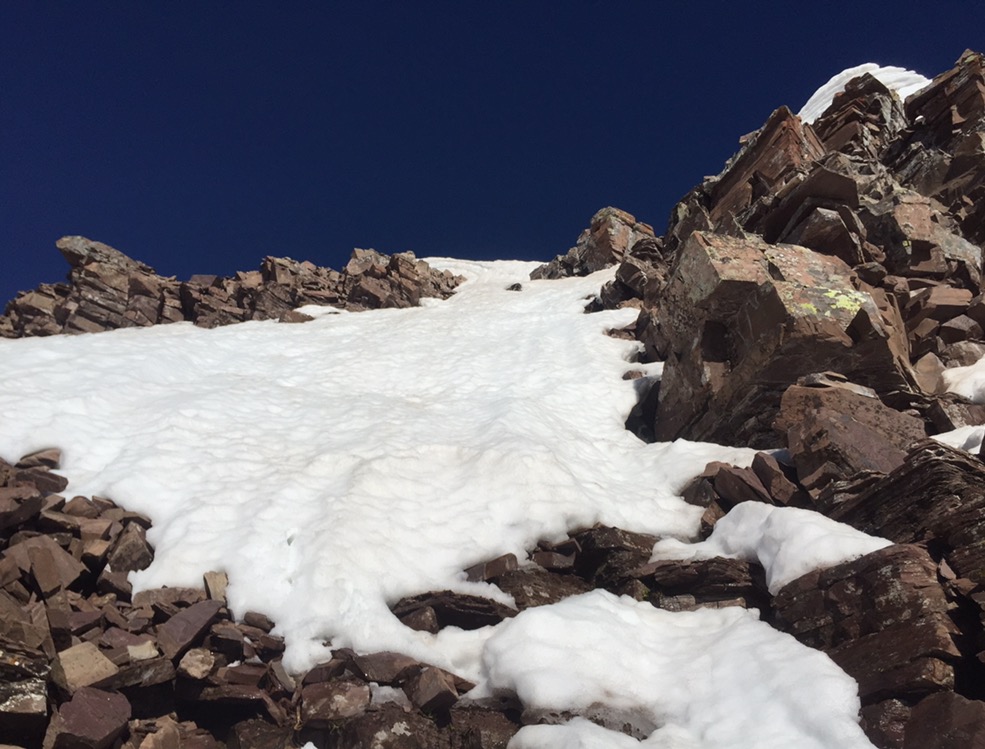 Just below the summit in June – do you think that looks skiable?

The time to ski the peak correctly and continuously was passed. 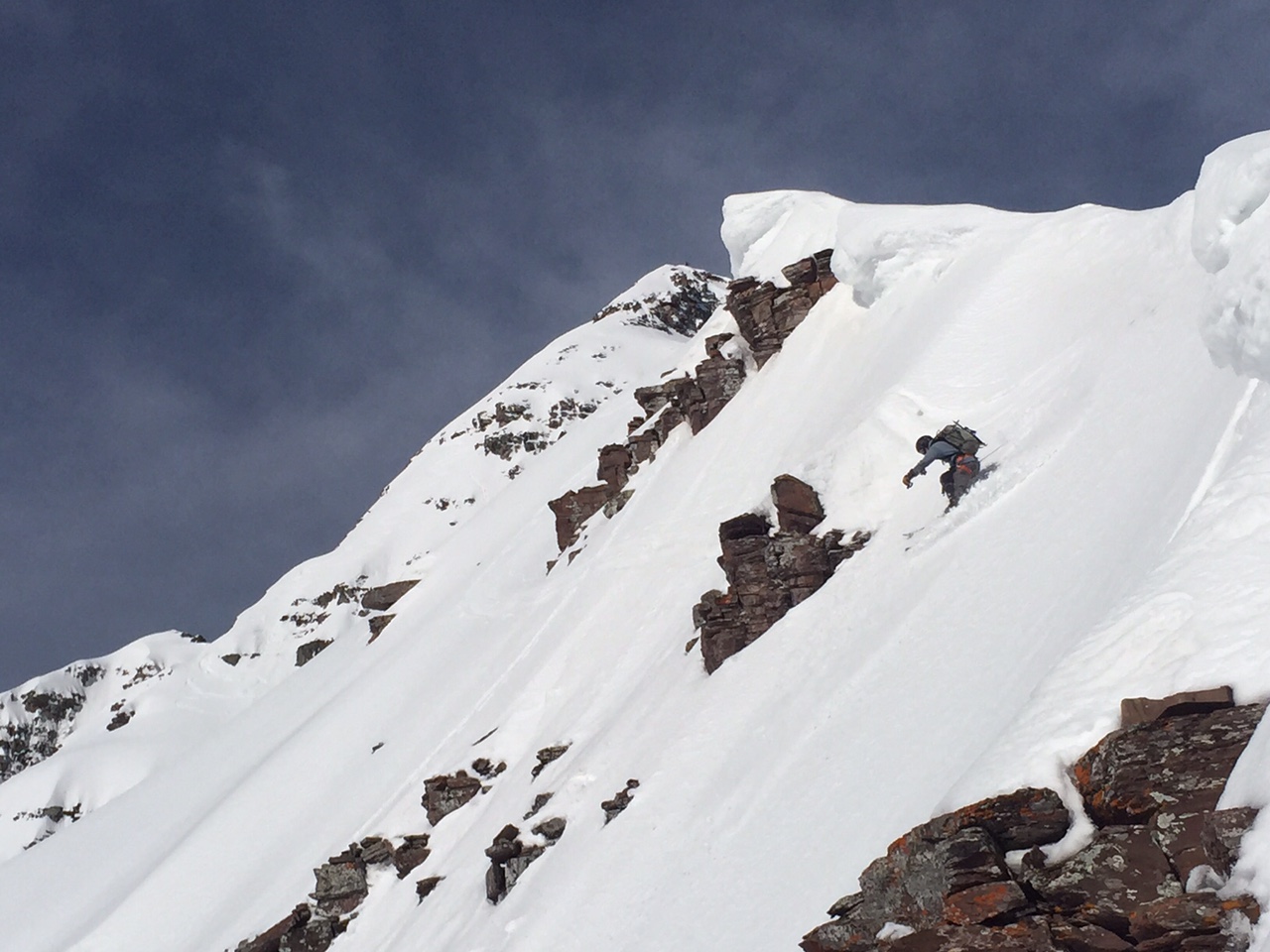 In the end – so many questioned what happened up there – well, now you know. As a result of the setbacks later on and the repeat returns I didn’t film anything – heck I even barely took any photos. 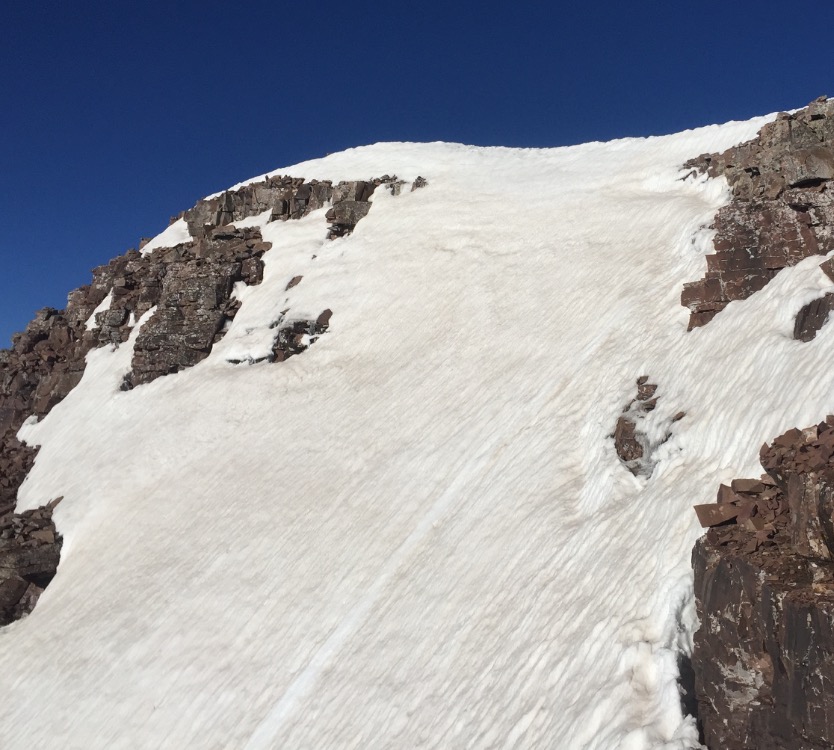 Top of Pyramid – June 6 – Still skiable off the top.

At the end of this I realized I would probably be criticized for not documenting much of anything. At the end it doesn’t matter because I’m not claiming any records.

However- the fact remains- I still skied the peak several times -covering over 10,000′ vertical if you were to add it all up. 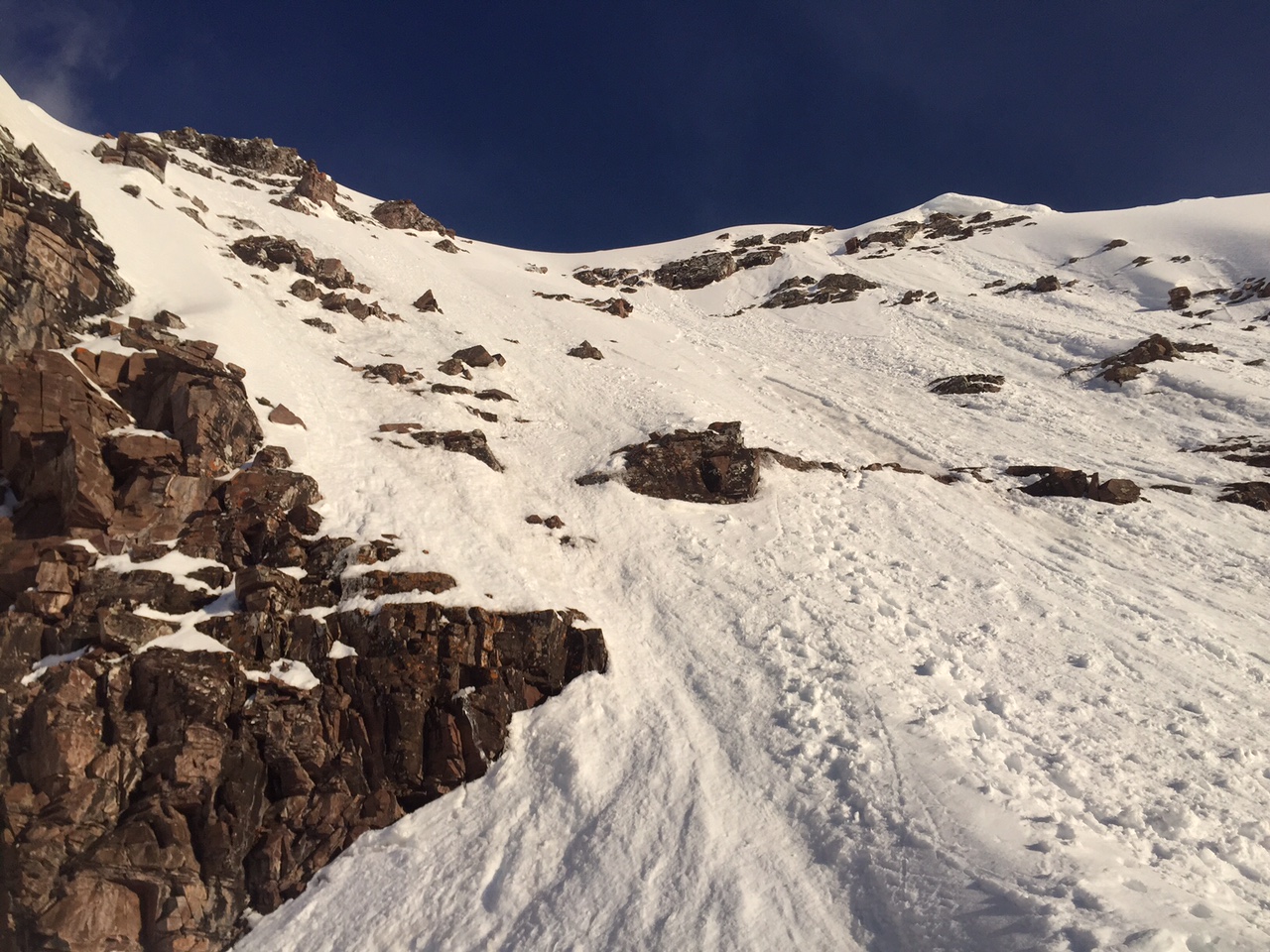 After May 21, this June 1 photo shows it was getting pretty thin.

Since no official records were claimed, I still enjoyed the skiing and yes – I certainly didn’t walk down the entire peak to get back to my vehicle at Maroon Lake. 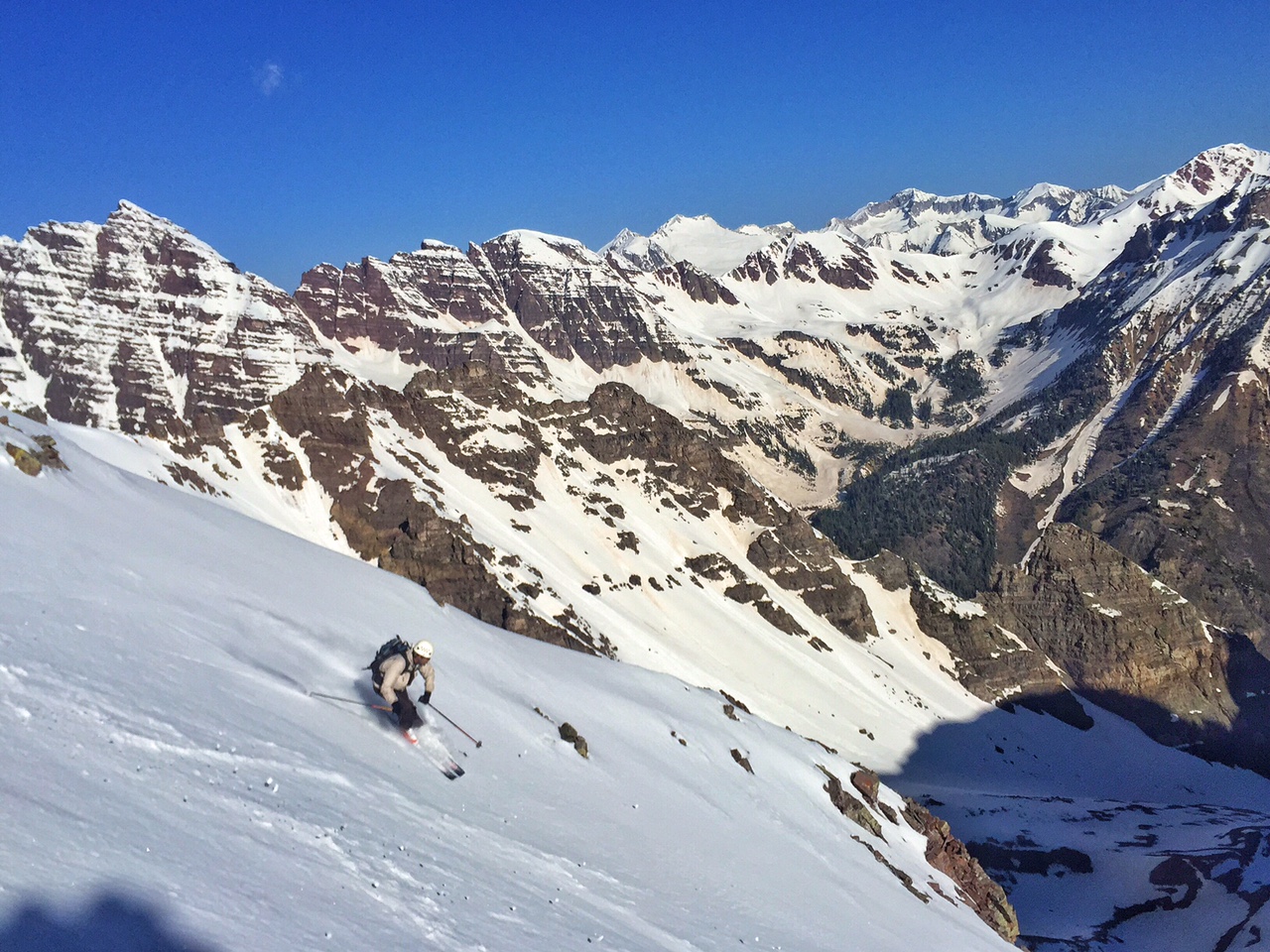 An excellent view from high on Pyramid with Snowmass and Capitol in the distance.