Roundtrip Mileage and Vertical: 15mi / 7,500′ (Includes Missouri, Oxford, and Belford all in the same day)

Start Time: 545am
Reached Summit: 2pm (after skiing Missouri first earlier in the day)
End Time: headed back over Belford to ski back to car by 430pm.

When I got to the bottom of Missouri, in the basin at 12,900′, I took an angle to the southeast and began my ascent of Belford In order to head towards Oxford. 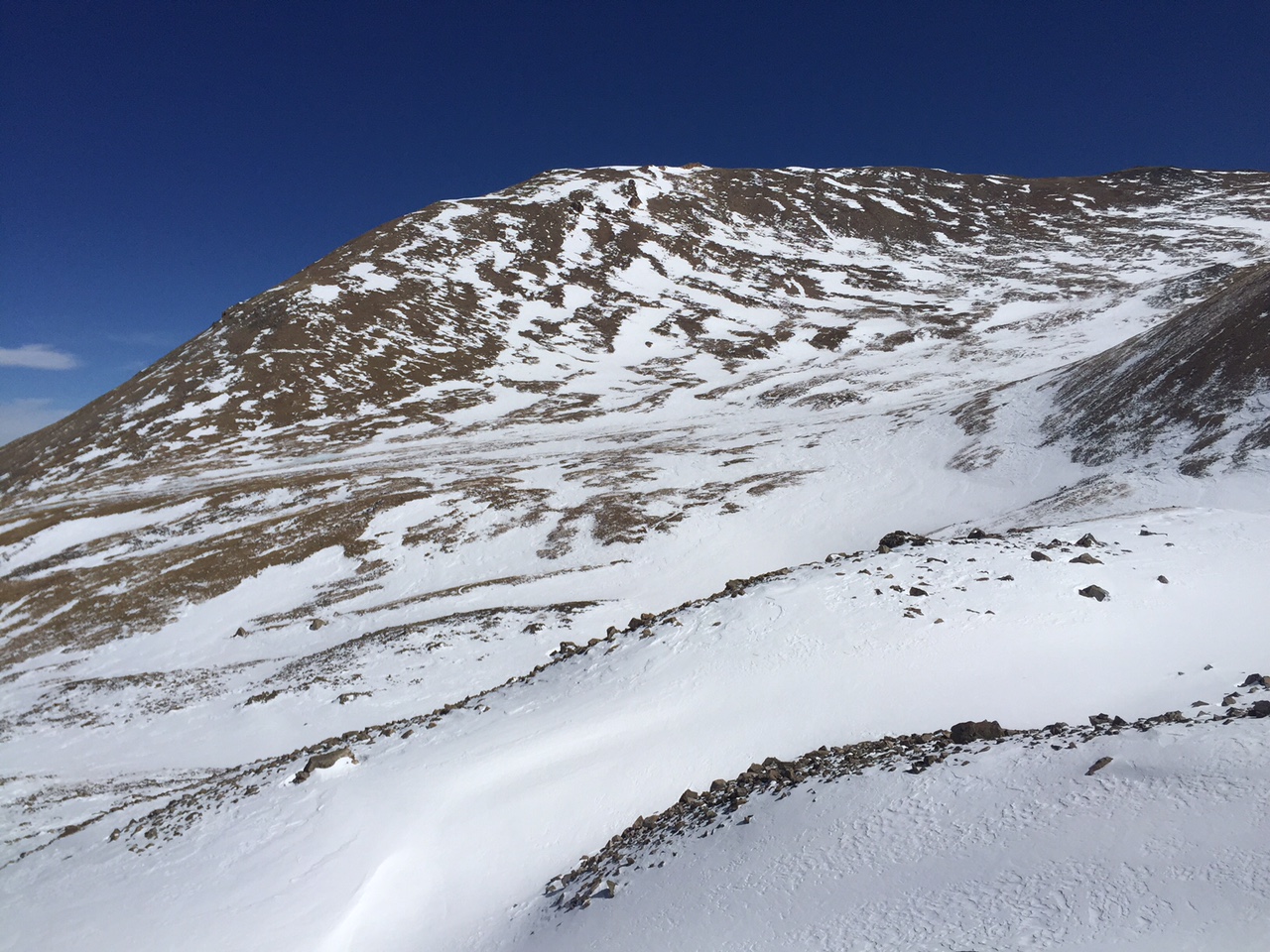 I would be able to put together a reasonable line directly down the west face coming straight down towards me later in the day off Belford.

The top of Belford was very windblown and dry. I was hoping to find a line off its west aspects later on in the day, but for the moment I bypassed the summit to the south and got my first glimpse of Oxford. 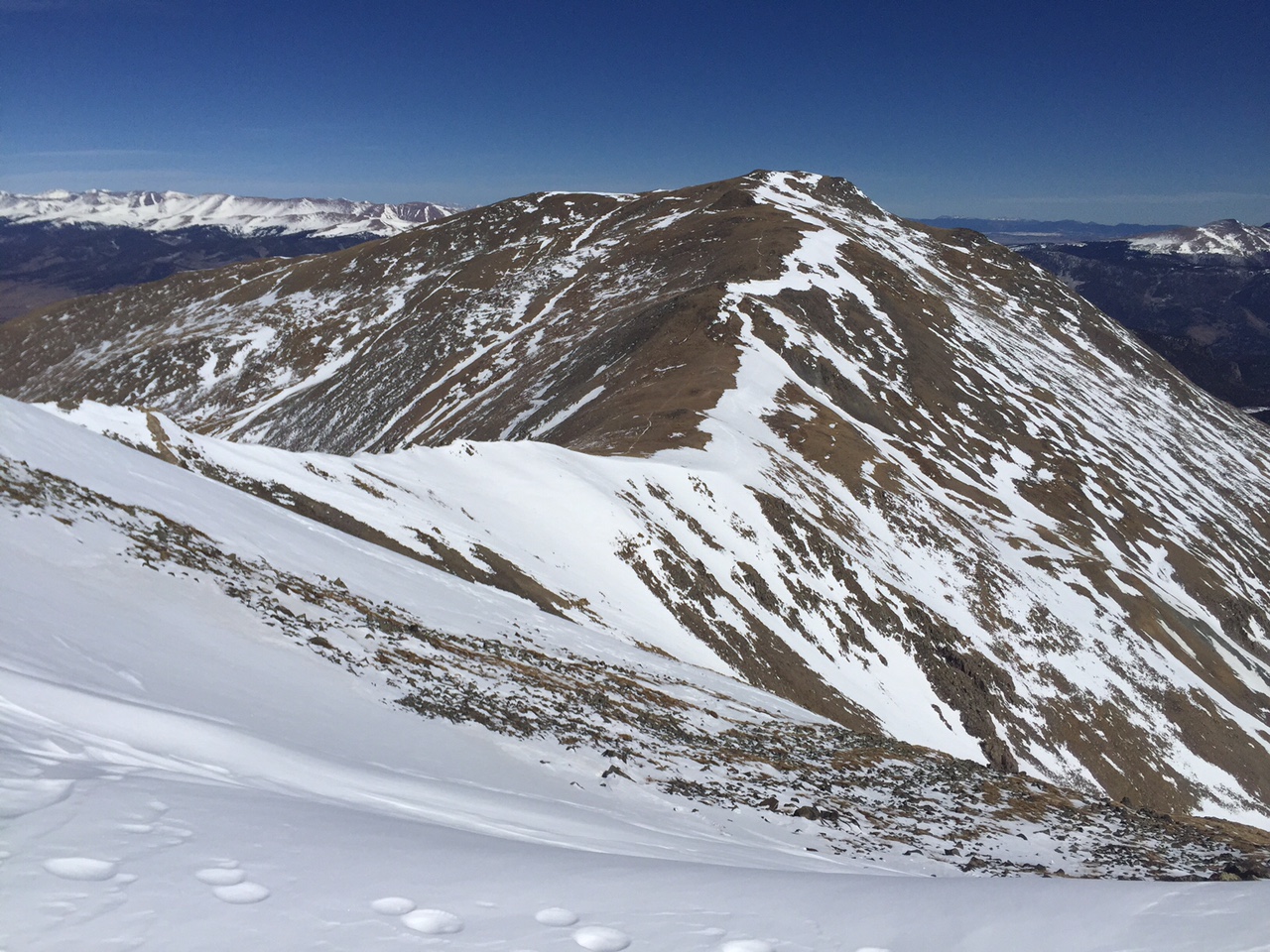 Looking over to Oxford, I was able to ski the windblown ridgeline to put together a line off the top.

Oxford looked bad, but I did see a long line of snow from the top down to the saddle of the ridge, so I knew if I could climb up to Oxford, I would be able to ski back towards Belford and get it done. 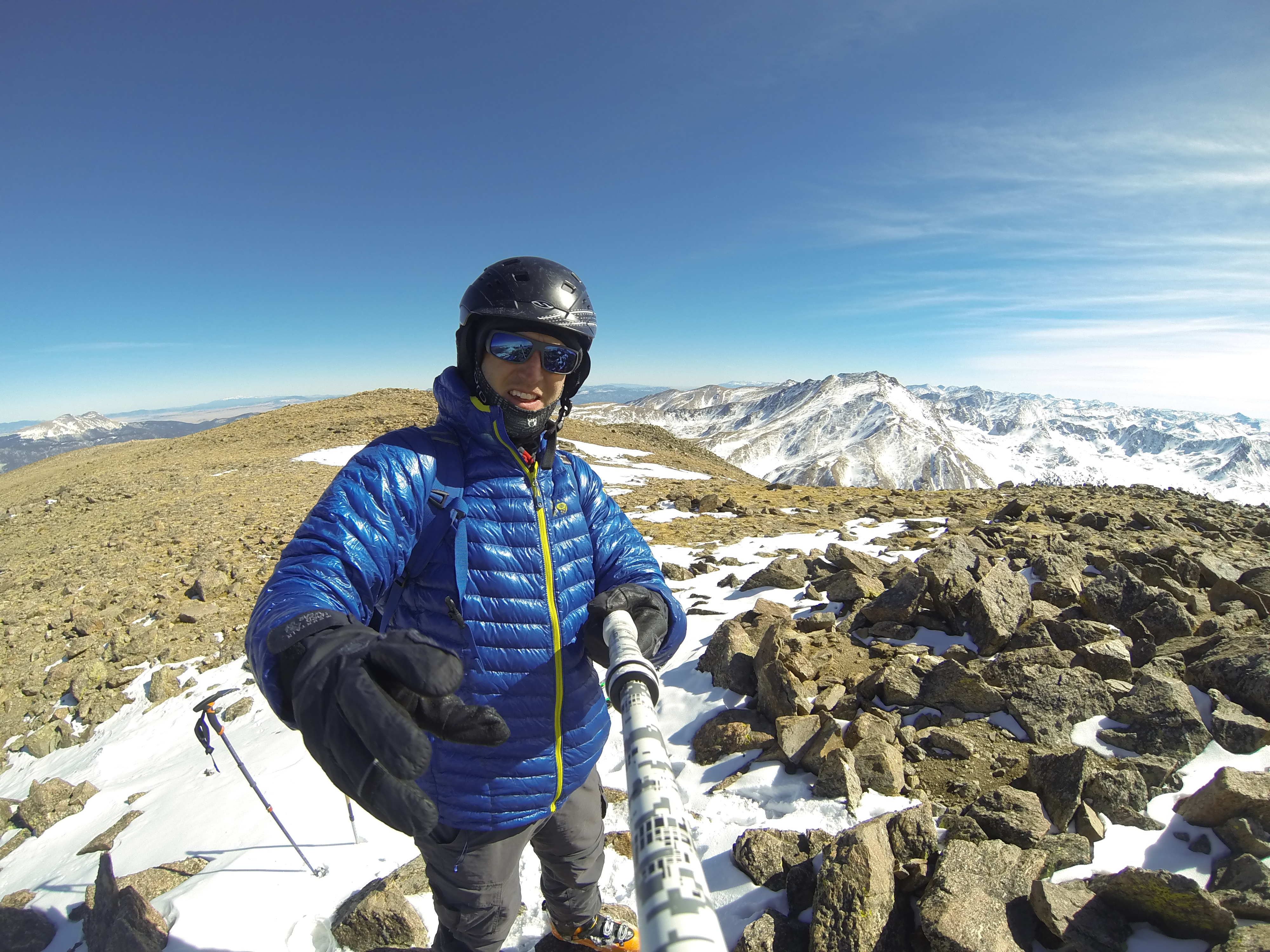 Summit of Oxford with a narrow snow ribbon leading me off the top.

The winds began to pick up ever so slightly, but I made good time across the long flat ridge to Oxford’s summit. Looking south Harvard and Columbia Looked very dry. 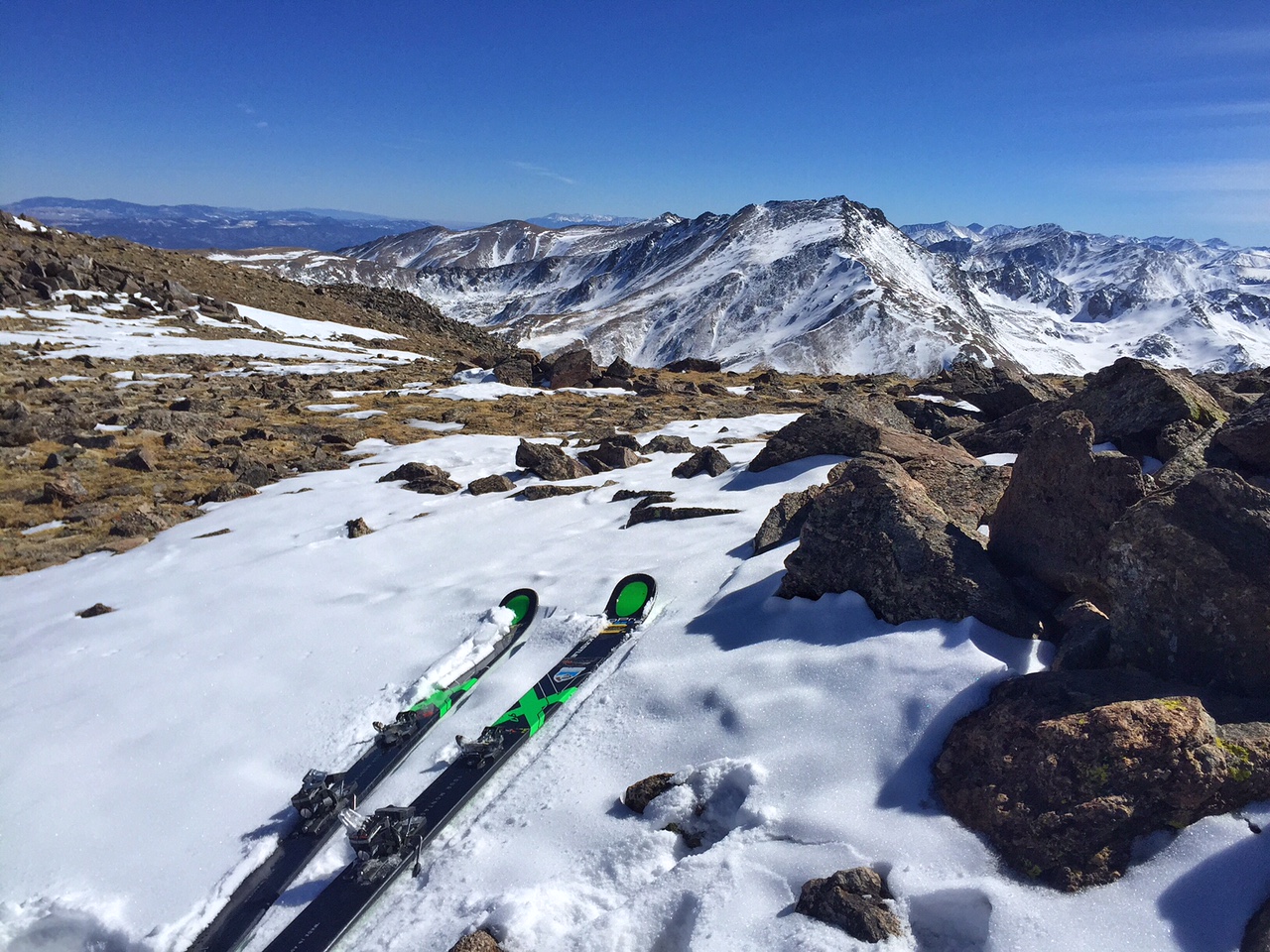 Barely enough snow to ski off the top of Oxford.

We need more snow! Fortunately I already skied Harvard in Better conditions, but the southern Sawatch peaks that I have remaining definitely concern me. 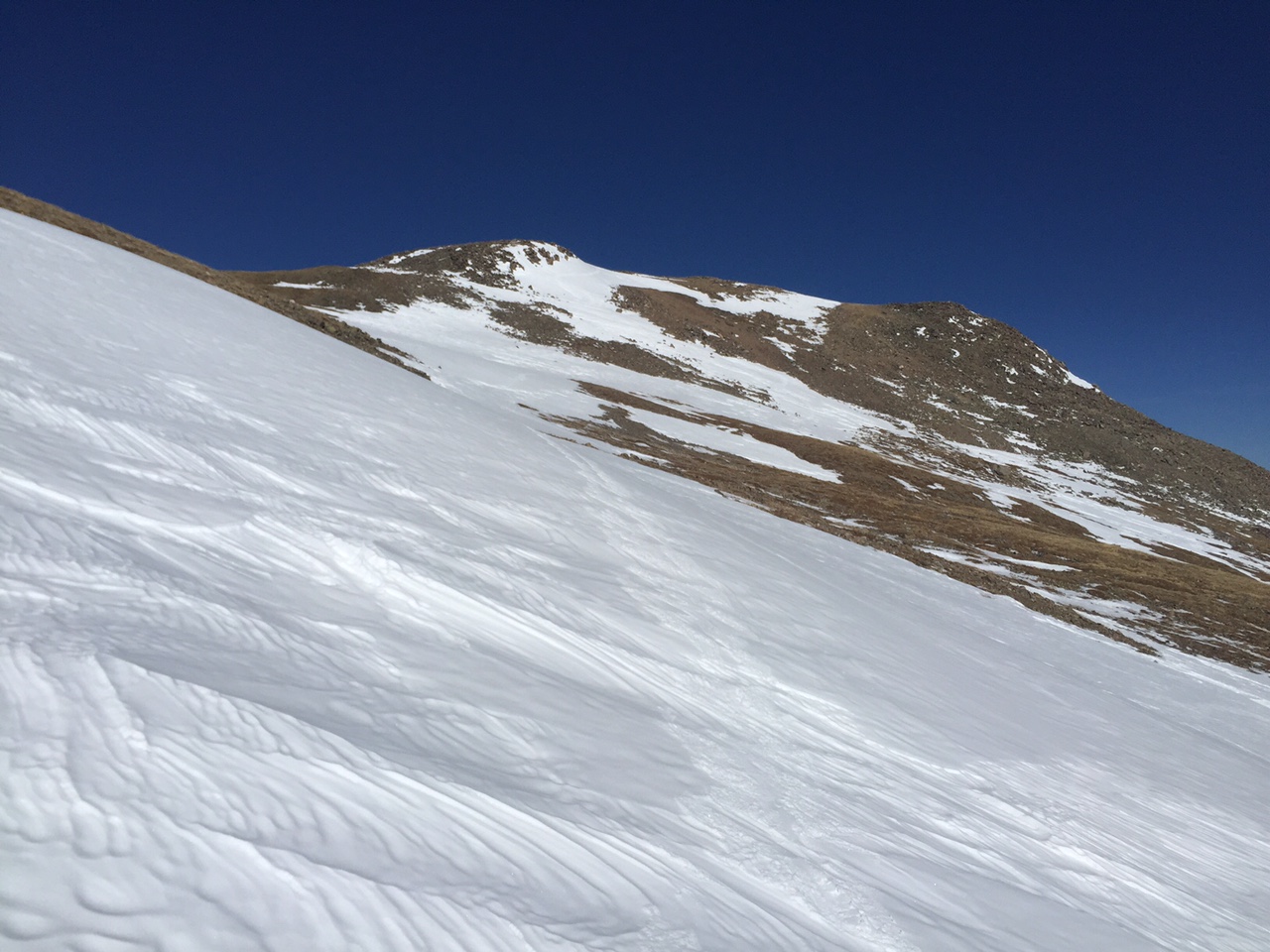 Looking back to Oxford’s summit and my ski tracks.

After a short rest and some food and drink, I clicked in and skied the ridge back to the saddle towards Belford. 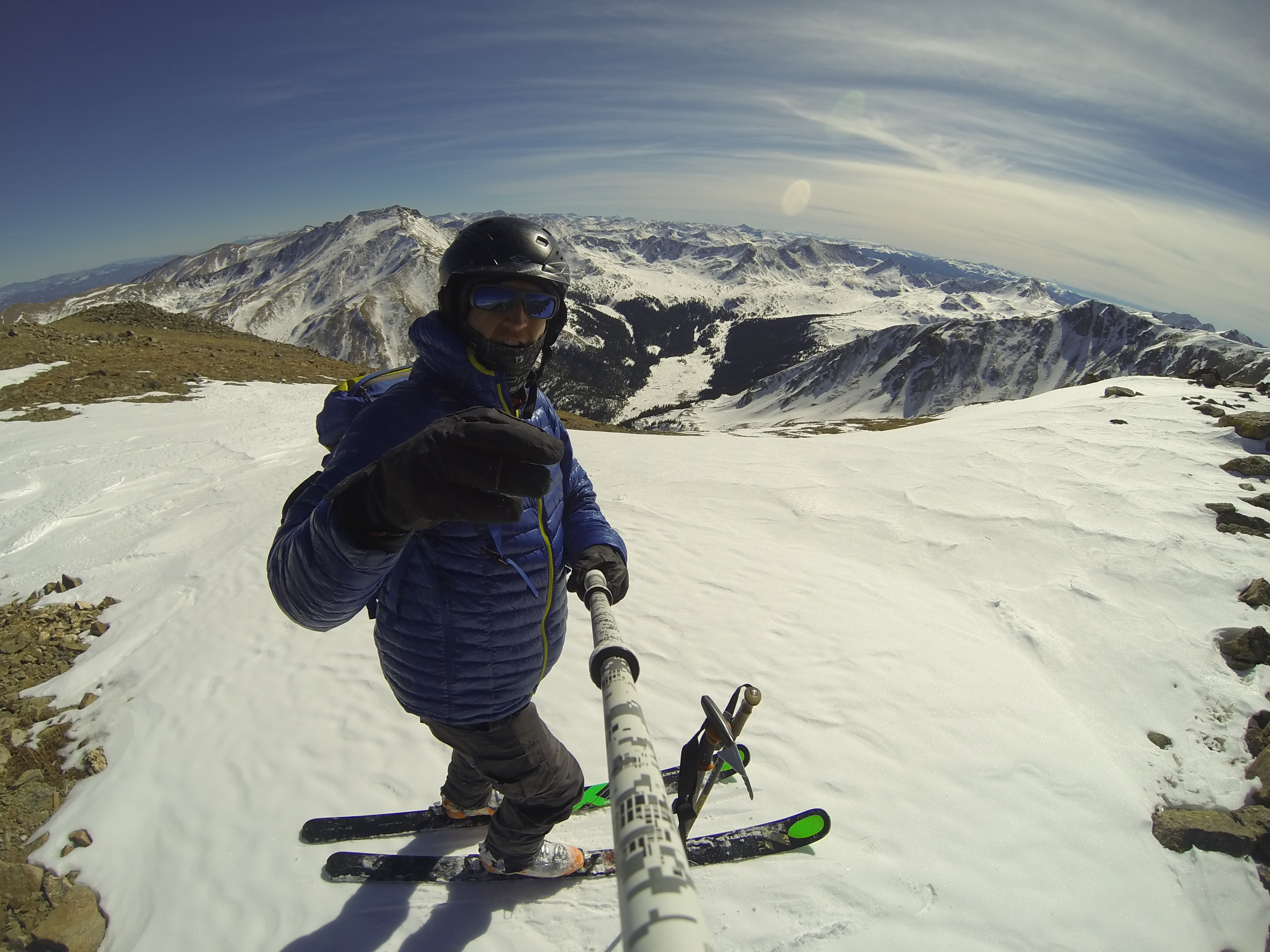 Skiing was reasonable on the windblown side of the ridge headed back towards Belford.

I basically went from two of the best skiing peaks of the entire project (Castle and Missouri), to the worst peaks with conditions yet (Belford and Oxford). Honestly, I just wanted to go home at this point. It was a long day, and yet I did enjoy it a great deal.

I climbed for another 20 minutes or so to head towards Belford’s summit (Please see Belford Page as the story and ski continues there.)