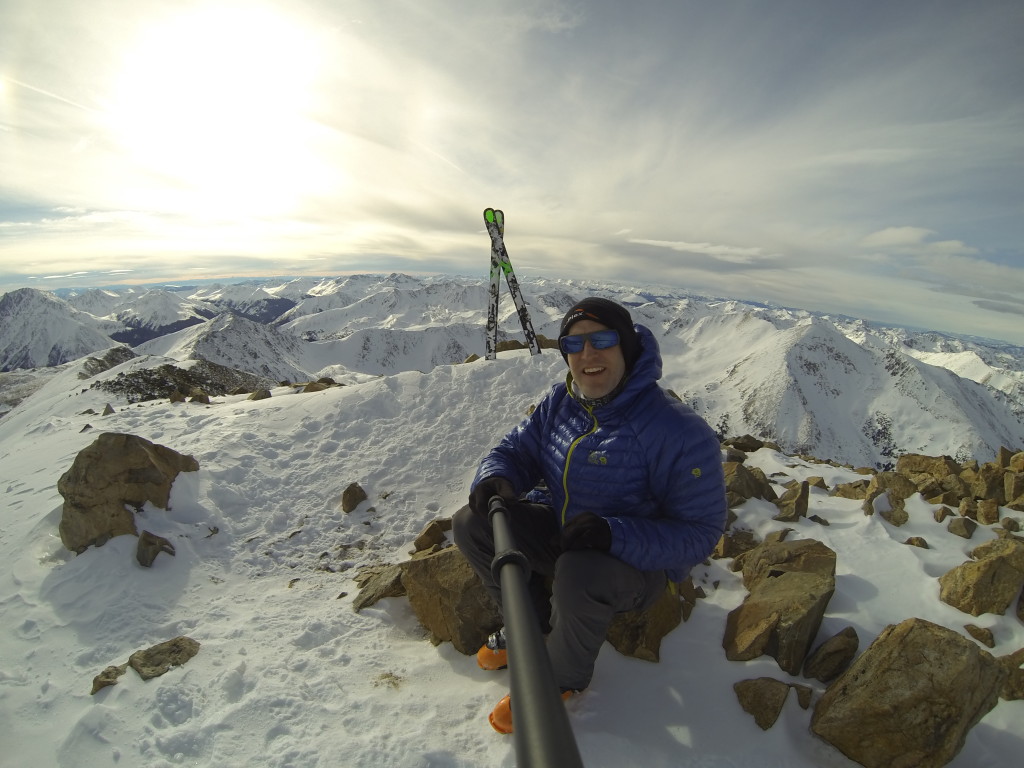 Relaxing on the Summit

Mt. Elbert: The Start of a New Adventure!

Start of a New Adventure! 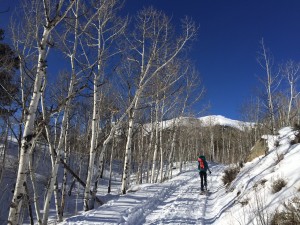 We slogged up a very easy South Elbert Trail, up the summer 4WD road, up a well-packed snowshoe section of the Colorado Trail, through the Aspens and eventually the meadows to treeline.

We skinned all the way up the SE ridge in very light winds which never exceeded 15 mph. For January, it was a great treat. While the coverage was marginal on a small portion of the SE ridge around 12,800 – 13,200’, the rest of the peak had excellent coverage for January. 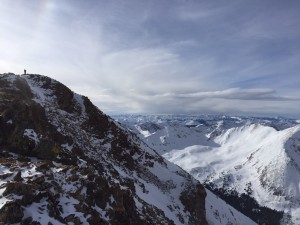 Catching up to some hikers near the summit, Elk Range in the far distance.

When I reached the summit that afternoon at 2pm, I had awesome views and could see an approaching storm system clear to the southwest towards the San Juans, and it was just approaching the deeply snow covered peaks of Snowmass, Capitol, and the Maroon Bells. I’m looking forward to getting into that range later this spring when conditions settle.

After some summit photos and a snack, it was time to ski. I veered to the east towards the NE ridge then wrapped around the upper portion of Elbert to the south to make sure I could stay on snow the entire way without removing my skis. 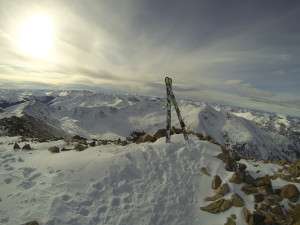 Stable January weather on the rooftop of Colorado with no wind!

Then to avoid staying on the rocky ridge, I chose an alternative couloir, the south facing chute that drops directly into the basin to the west of the SE ridge. This 700’ couloir is no steeper than 40 degrees and the avalanche danger was very low since it had not snowed for a week. 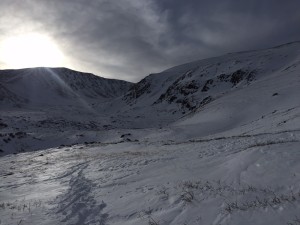 A look at the South or Southeast facing colouirs as the sun was going down.

Carving some fun turns, I dropped all the way into the basin then skied a contour back to the south Elbert trail that I had skinned up. Once into the woods I enjoyed a few glades of powder and then sped down the snowshoe packed trail and quickly skied back to the trailhead by way of the 4 WD road. Looking back up at Elbert from the road at the South Elbert trailhead, I was really satisfied by the day and the strong effort to get this project started. One down and 57 named peaks to go! (I will try to ski the 58 named 14er peaks showcased in my Sleeping on the Summits Book from 2012), I’ll try to ski 5 peaks in addition to the 54 official Colorado 14ers (Both Maroon Bells Included) that Chris Davenport skied in 2006-2007. 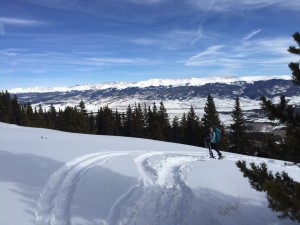 Special thanks to Tara Nichols for coming and skiing up the trail part way and motivating me to push the summit and get this one done!