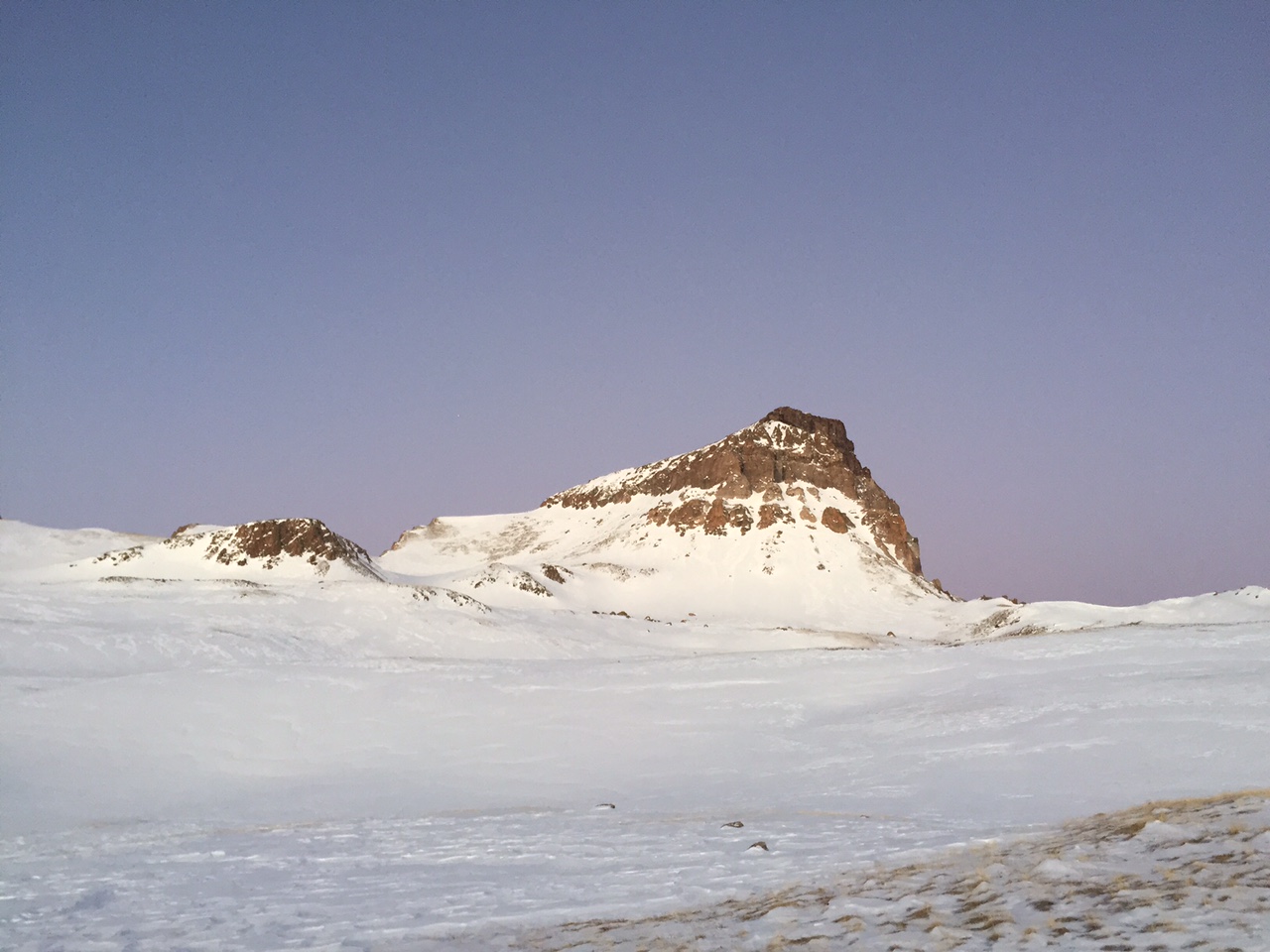 Approaching the East Face of Uncompahgre just before sunrise

Roundtrip Mileage and Vertical: 21mi /7,800′  includes twofer of both Uncompahgre and Wetterhon for the Day.

Start Time: 330am
Reached Summit: 900am (60 mins on the Summit)
End Time: 11am on the pass between Uncompahgre and Wetterhorn, headed to Wetterhorn in afternoon.

I left my car camp at the base of Nellie Creek Road at about 330am and broke trail making my own tracks up into the Nellie Creek Basin below Uncompaghre. Stars were out and nothing beats a windless Colorado night in the Wilderness in the middle of winter!

First light on the highest peak in the San Juans.

It started getting light around 6am and Uncompahgre came into view. 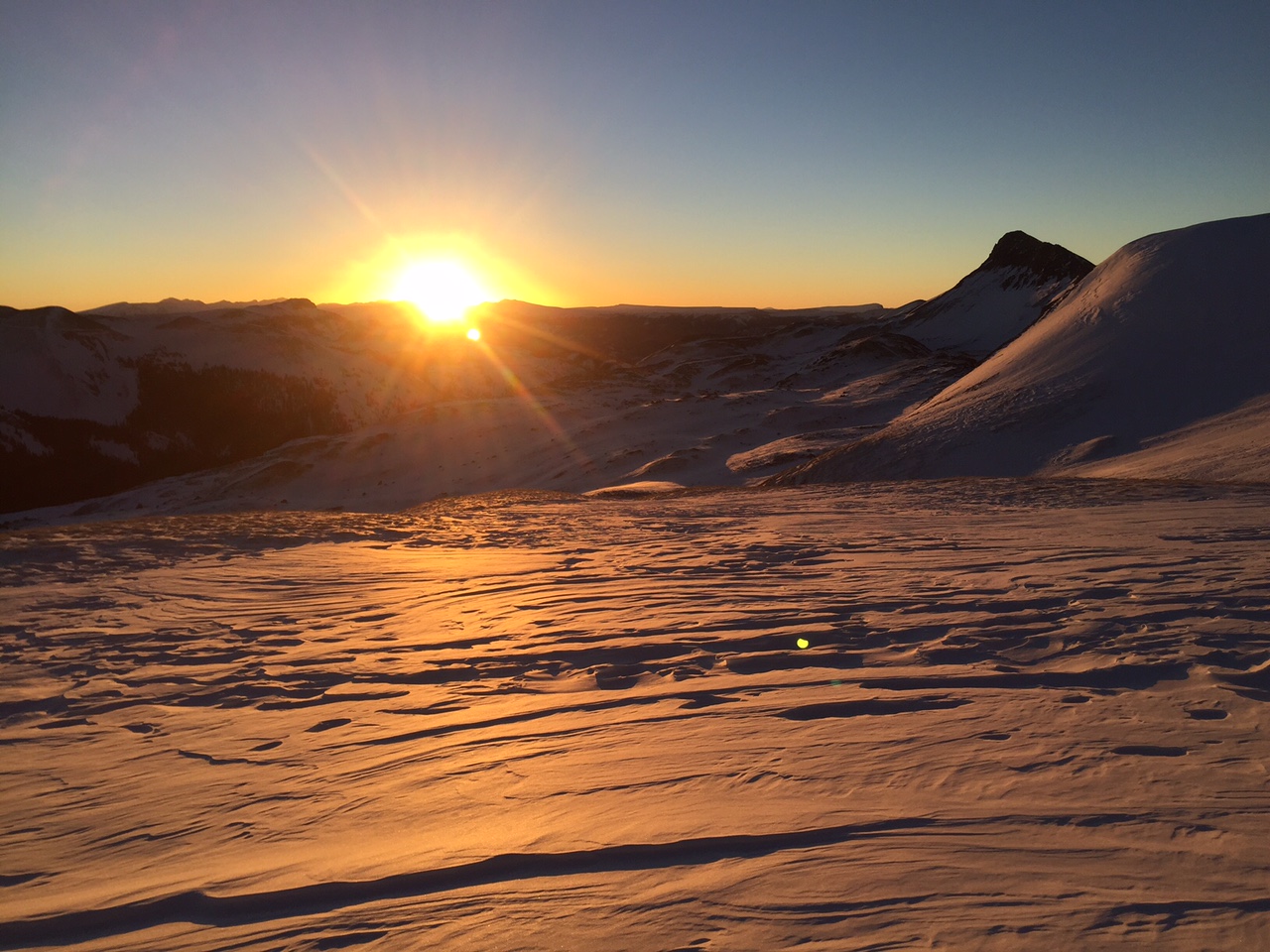 In 2014 I had also skied both Uncompaghre and Wetterhorn in one Day, and this day felt very much the same. Check out the short Movie trailer I made recounting that experience skiing both peaks in 2014.

For 2016 climbing both peaks was almost a carbon copy. It was a warm day and I actually moved a bit faster this time summiting Uncompaghre by 9am, but I took an hour on the summit this time since the day was so nice! 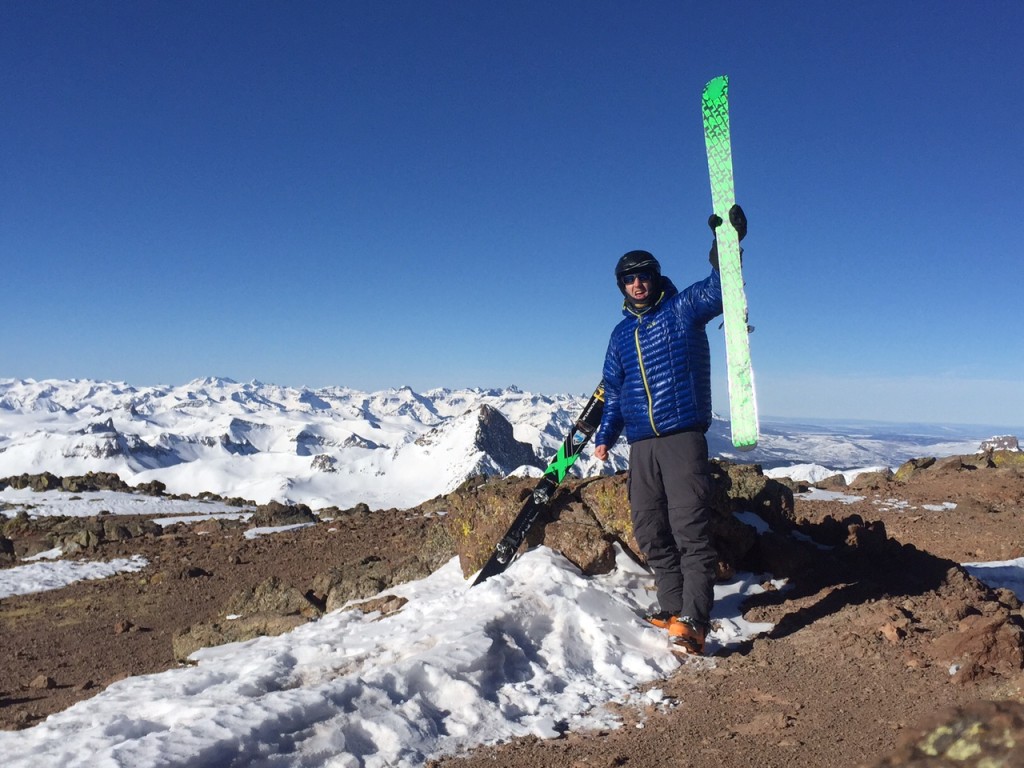 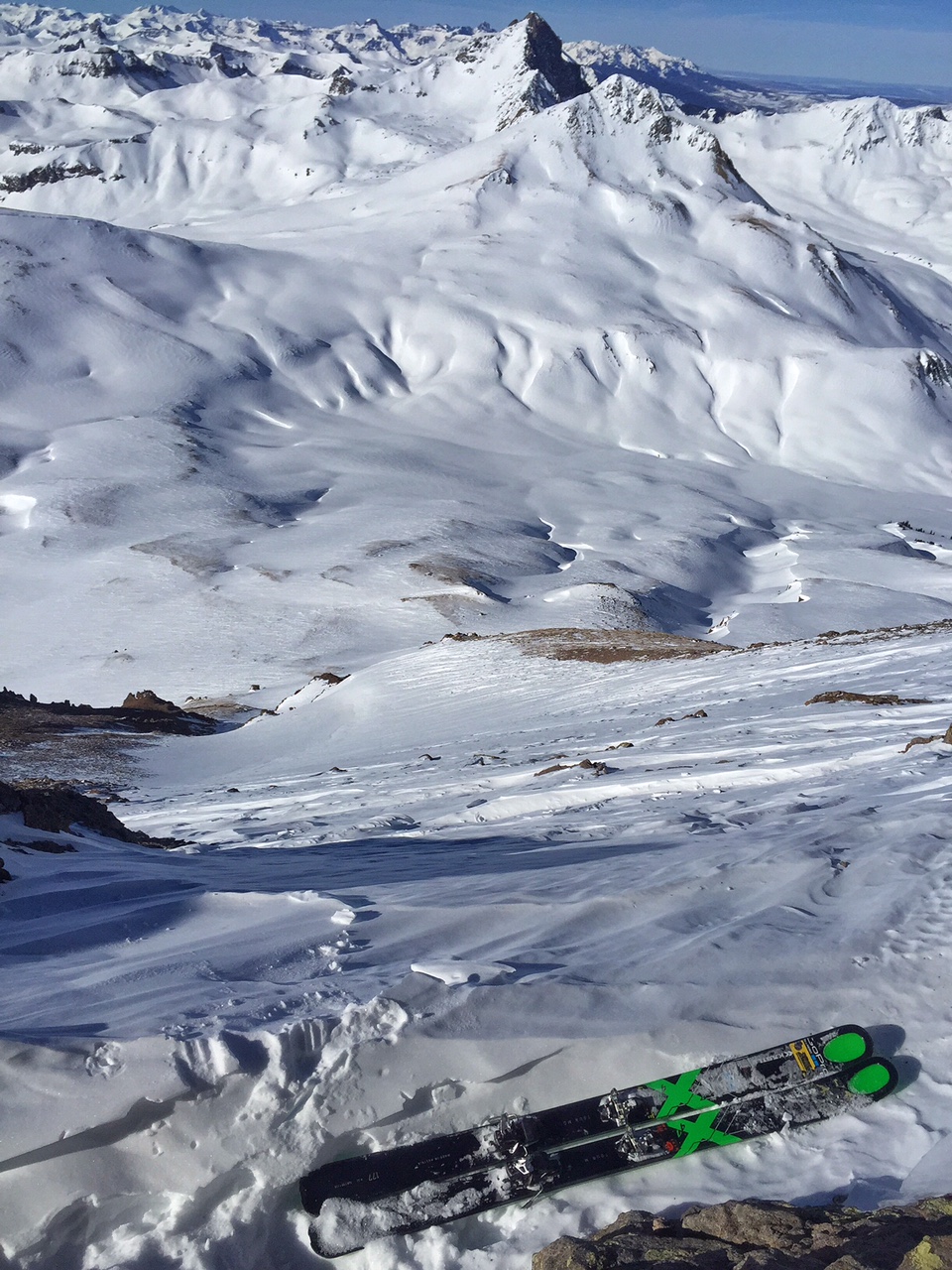 About to drop into the west face after a short break.

The West face was in condition once again, so I proceeded to ski down and head over to Wetterhorn.

(for more check out the Wetterhorn Page). 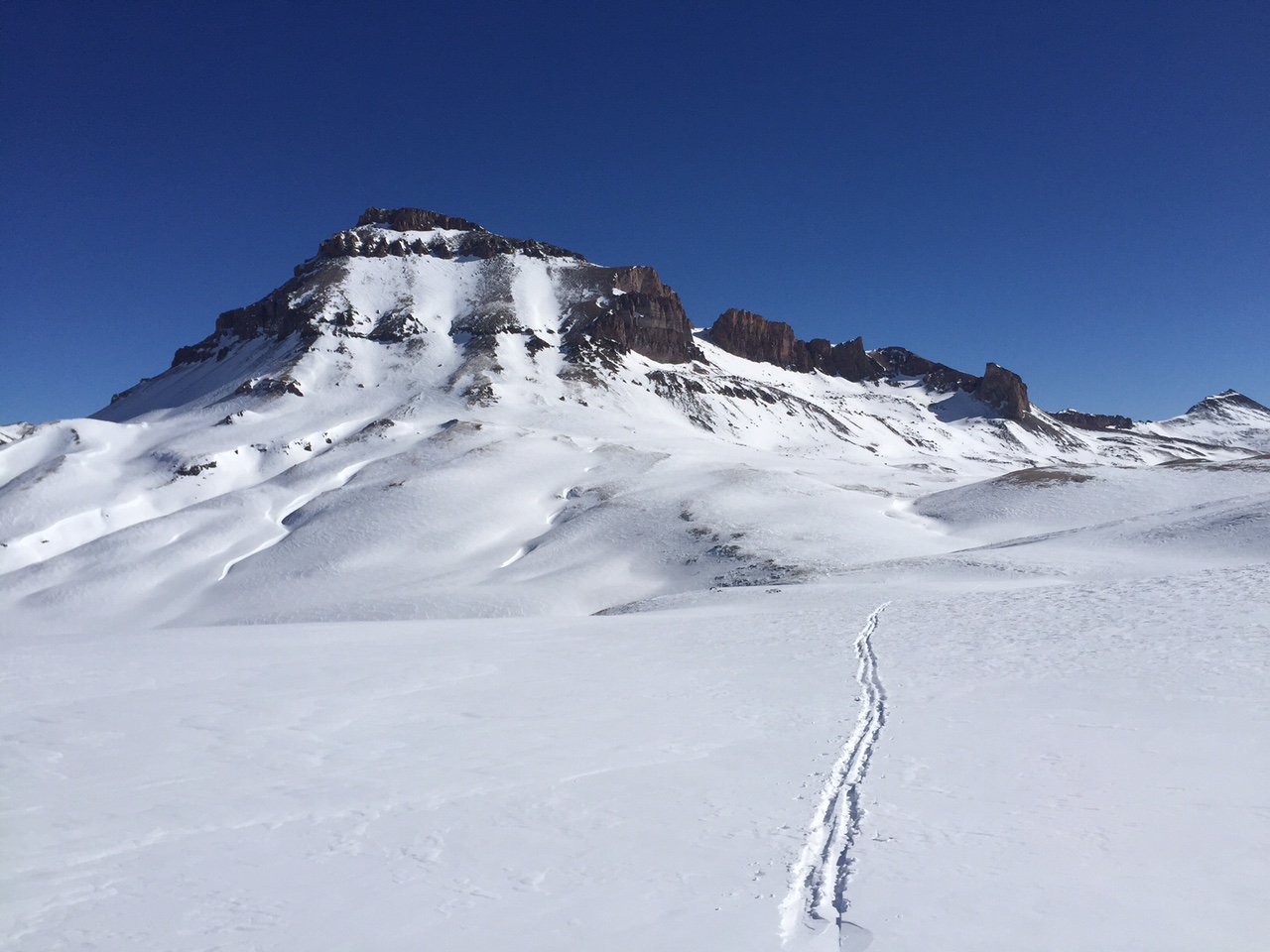 Looking back at Uncompahgre’s west face and my tracks as I headed towards Wetterhorn.

Snow was great and I always love skiing the big UNCOMPARABLE PEAK!