Chris at 13,400′ skinning up towards the final ridge line. 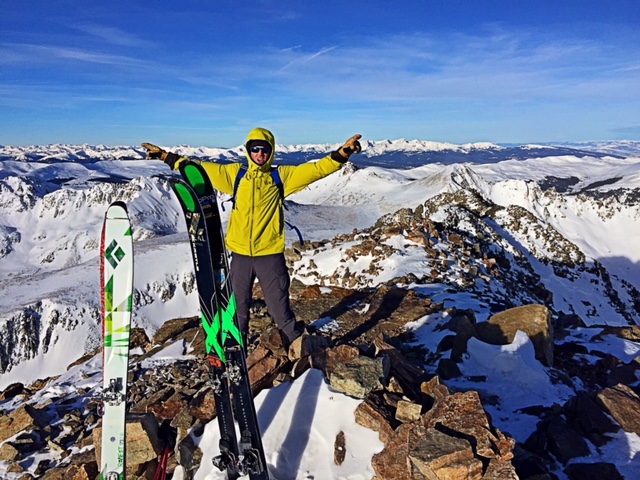 I probably have 30 or more climbs of this peak because of doing trail runs, or winter skis of the peak and Its less than an hour drive from my house. Quandary is a high and easily accessible peak near Breckenridge, so it was nice to get it done now, although in other times that I have skied the peak like last year for example, the conditions were much better so I was able to ski the north face of the peak. 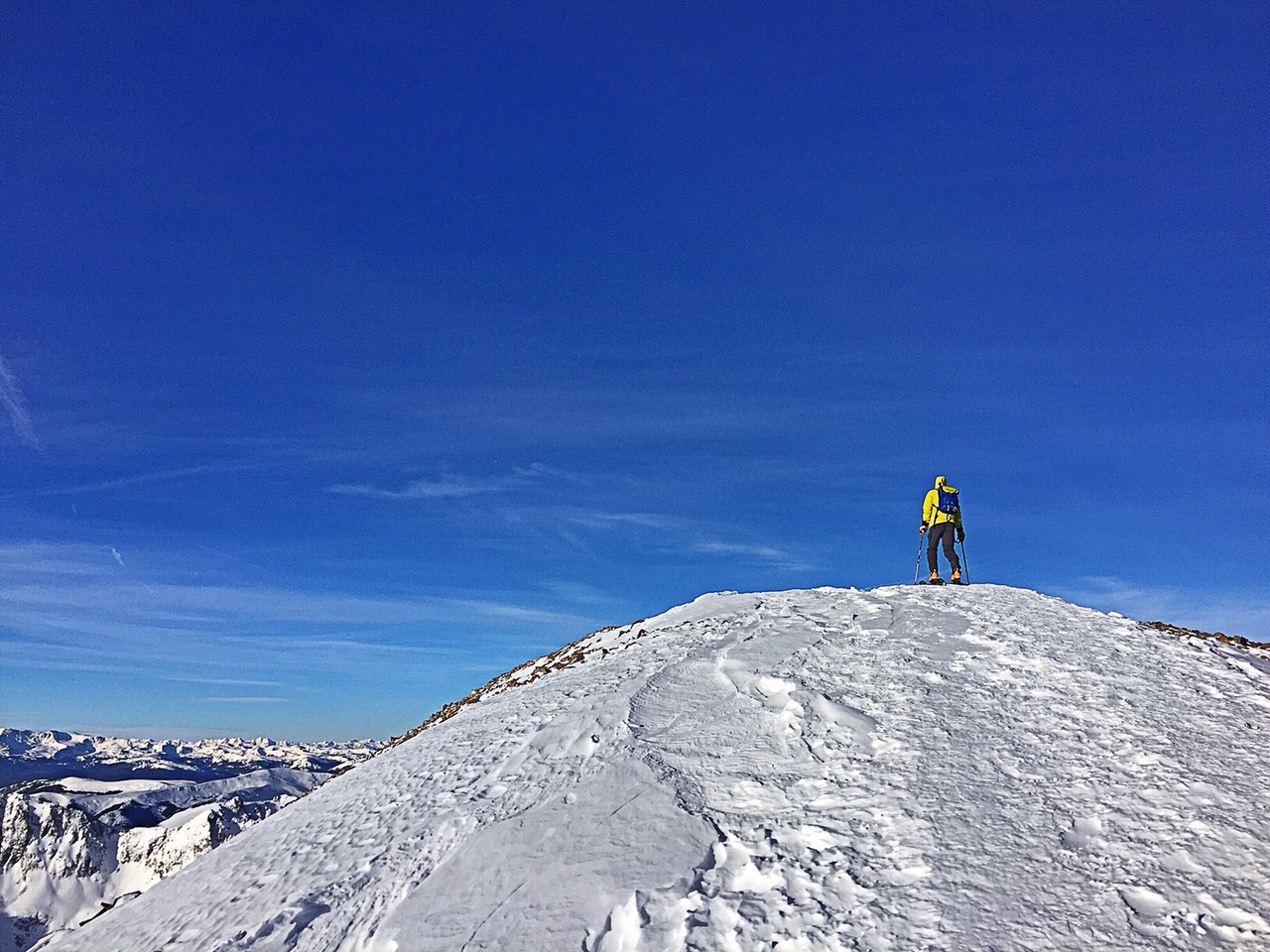 This time we just did the east ridge descent, and I can’t say the conditions were great at all. Nevertheless, I can check this peak off and move on to the next peaks.

Pulling skins in the high winds and getting ready to ski.

It was an early start on a very windy morning in the 10-Mile Range.

I met up with Chris Tomer who motivated me to push through and get it done. 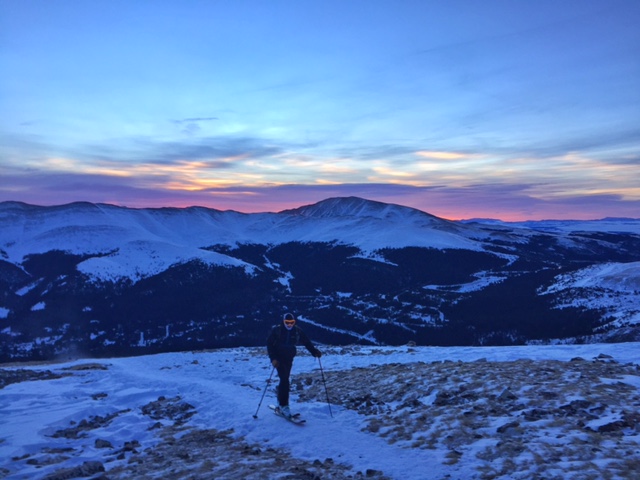 Magical Hour as the winds picked up.

In the first hour of darkness before the sunrise we crested the lower reaches of the ridge and then it got windy! 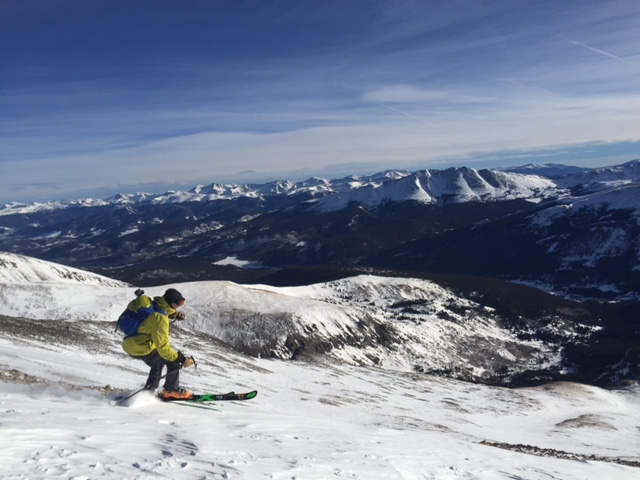 Dropping into the East Face. Thin……

For a Saturday there were up to 100 people coming up Quandary when we descended. For now the snow conditions for skiing are dreadful, but they will get better later this spring! Once piece of advice, in winter, make sure you have plenty of warm layers and prepare for strong winds! 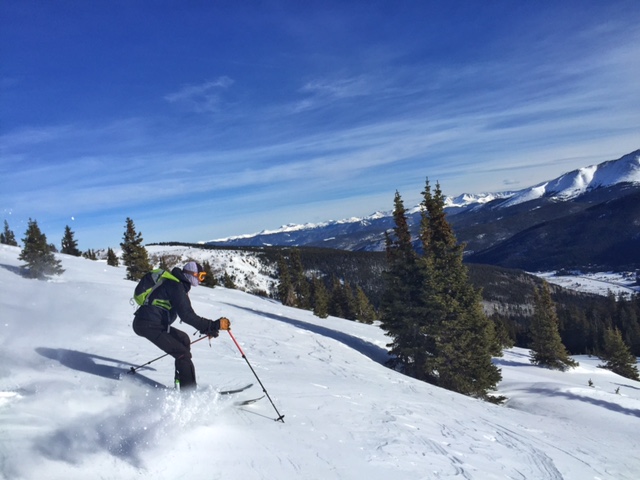 See you on the next peak!