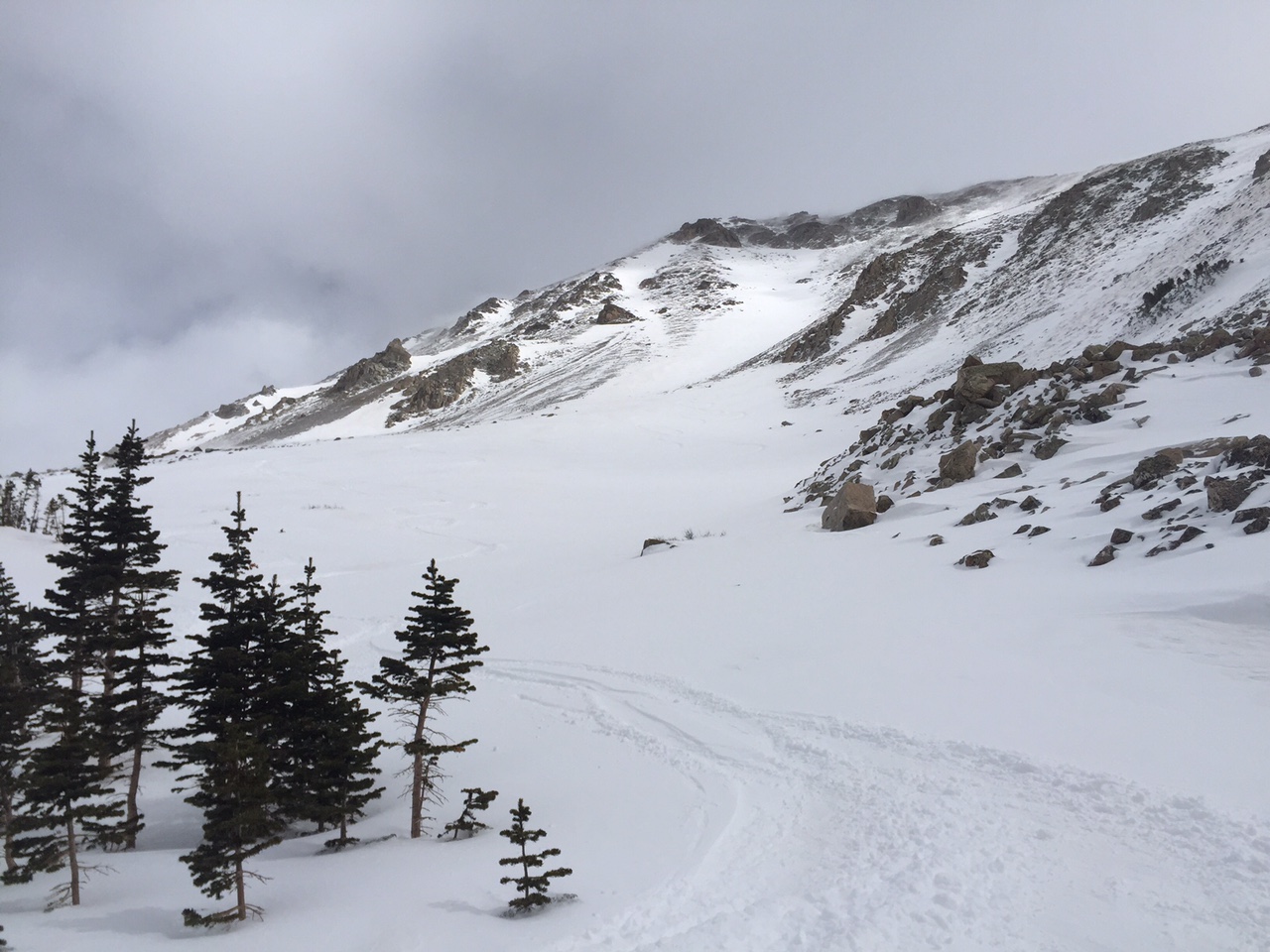 Columbia was one of those wait and see kind of peaks. I was anxious to get it skied because the weather was forecasted to be marginal, but also the peak gets pretty bare and has been bare most of the winter. Maybe the new powder would help for a reasonable descent.

I met my friend Roger about a mile from the Horn Fork Basin/ North Cottonwood Summer trailhead and we were up and moving at about 5am. It’s alweays easier to have a willing partner to get things rolling on the early morning. Lately on the project it’s been great to have awesome friends to come and help out! 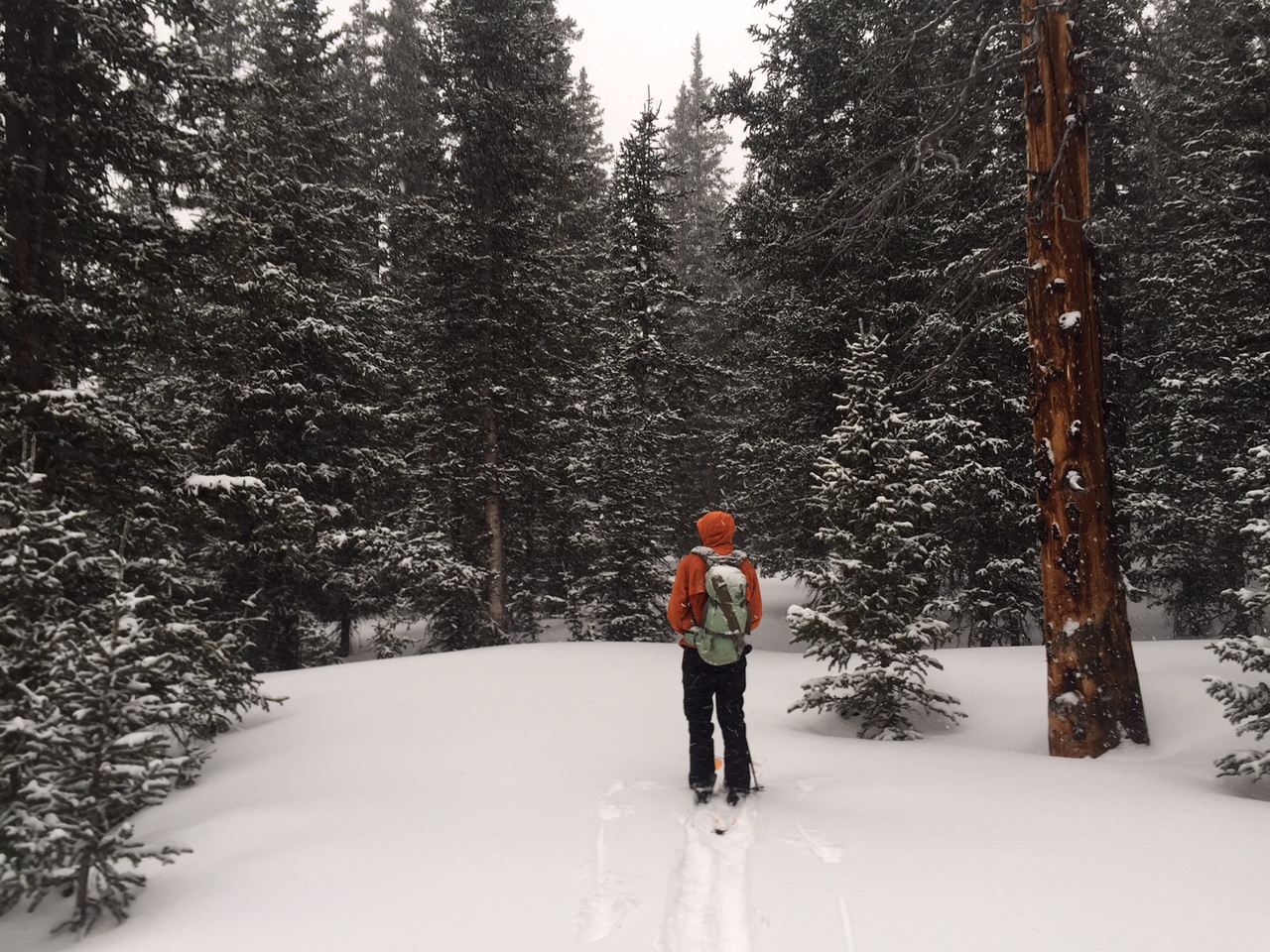 Roger in the lead on the approach.

The road was melted out some, but the new snow allowed us to skin to the summer trailhead. Once we were on the trail we traded off breaking trail and eventually found ourselves in the basin to the southeast of the southwest face of Columbia. 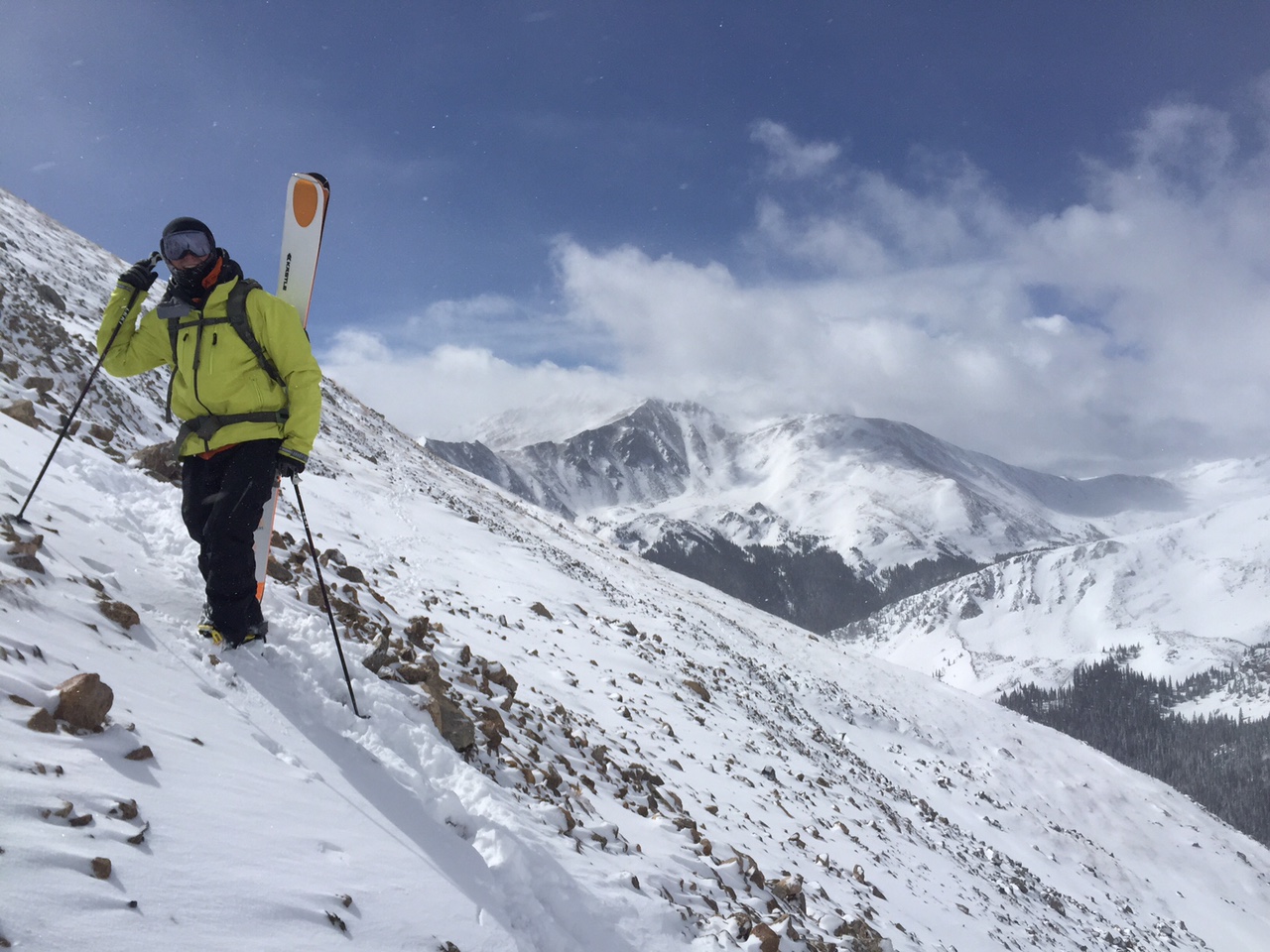 Roger with Yale in the distance.

We were basically in and out of snow all morning and the winds were brutal up high.

Roger putting in work as the storm rolled in.

Roger and I brought plenty of gear with us in terms of extra layers, so as we headed up the southwest face and ridgeline of the face, we just put our heads down and went for the ridge. 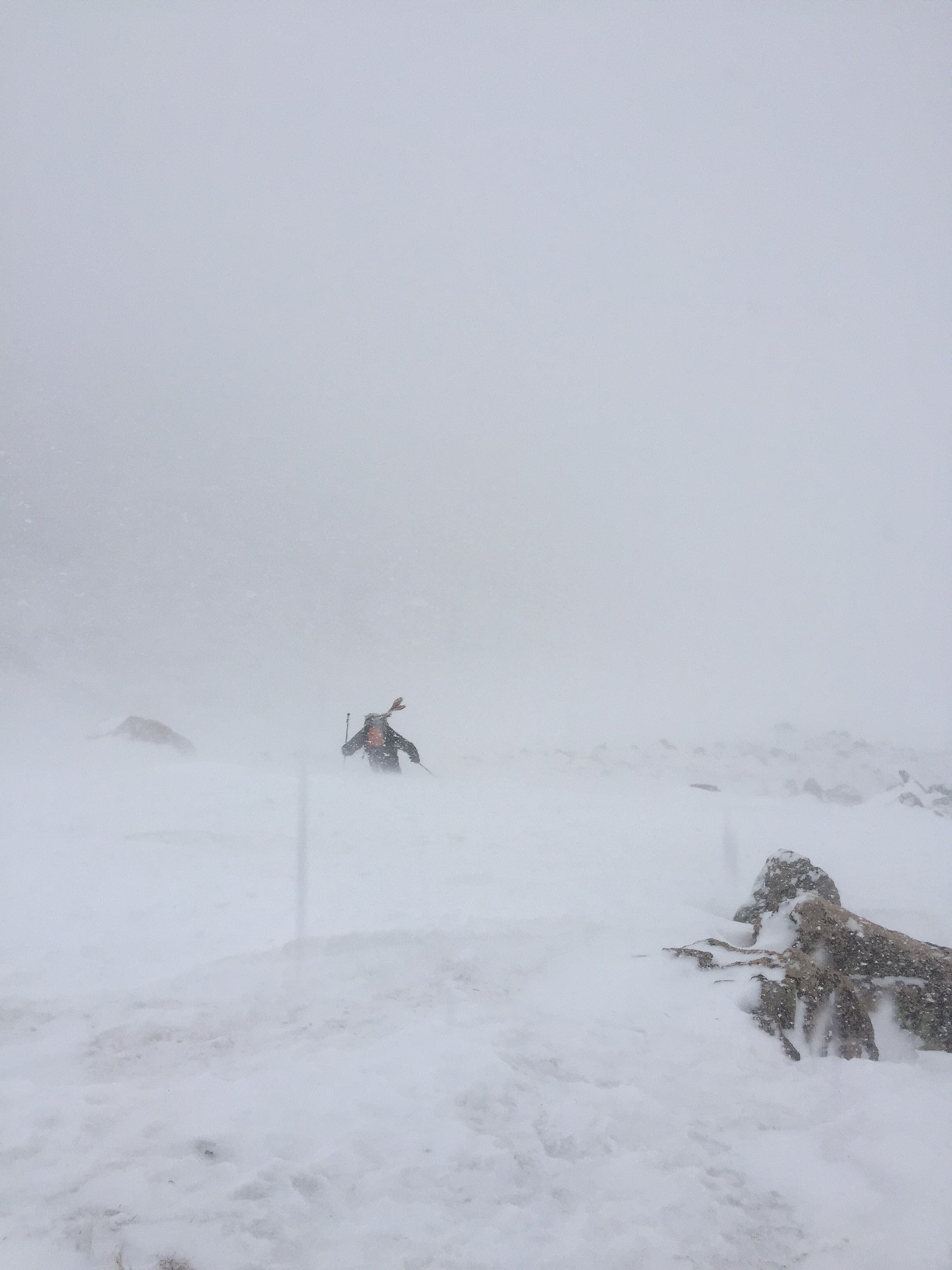 By 10am, the reasonable weather window closed on us, and by the time we reached the summit ridge at 1030 or so it was a pretty nasty windstorm with snow blowing sideways. 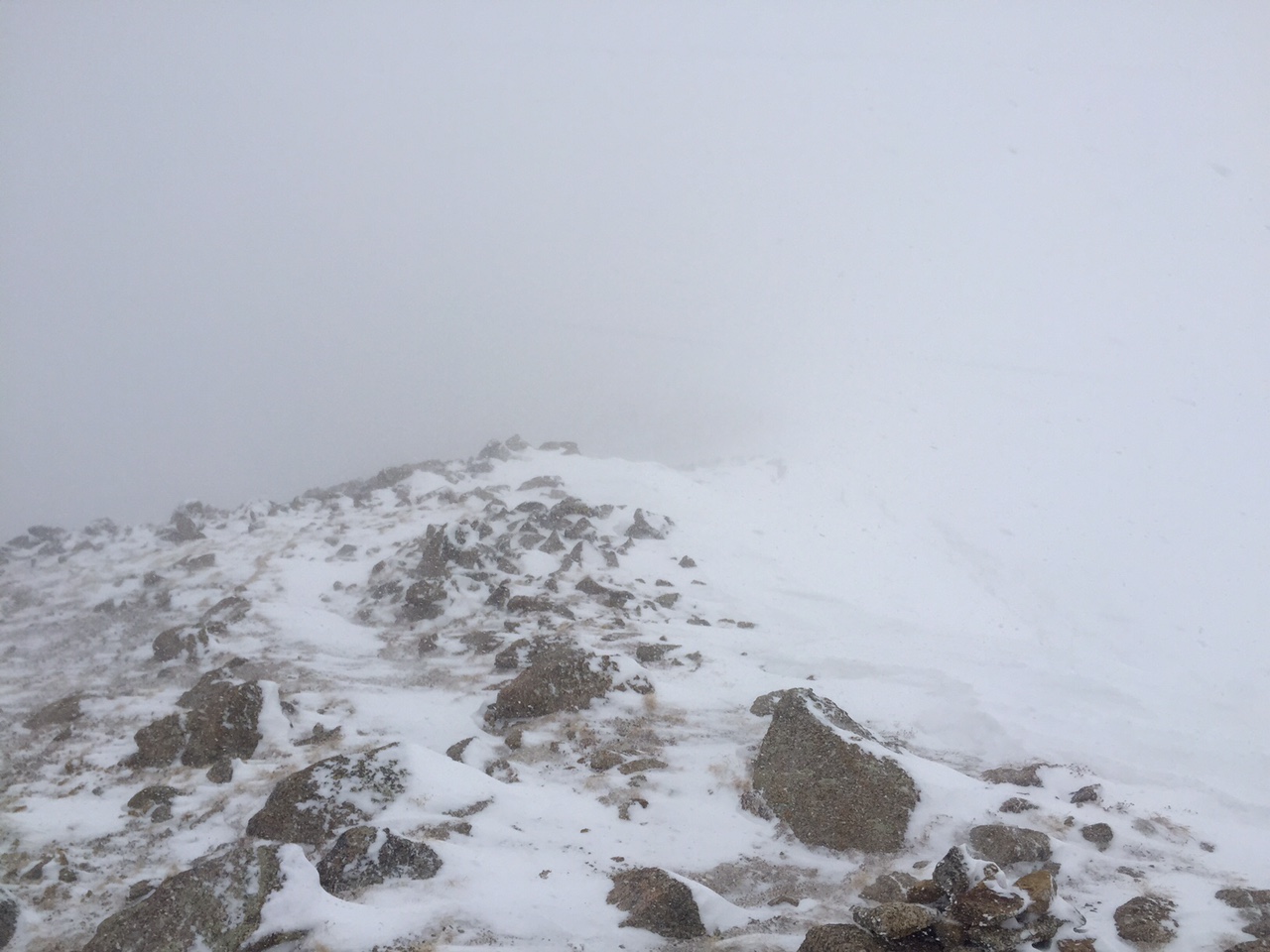 Thrilled to start the journey down!

Near the summit it was tough to see where we were at, but I’d been up there enough to know we were above 14K.   “Good enough!” I shouted to Roger in the wind, we topped out, now it was time to ski! 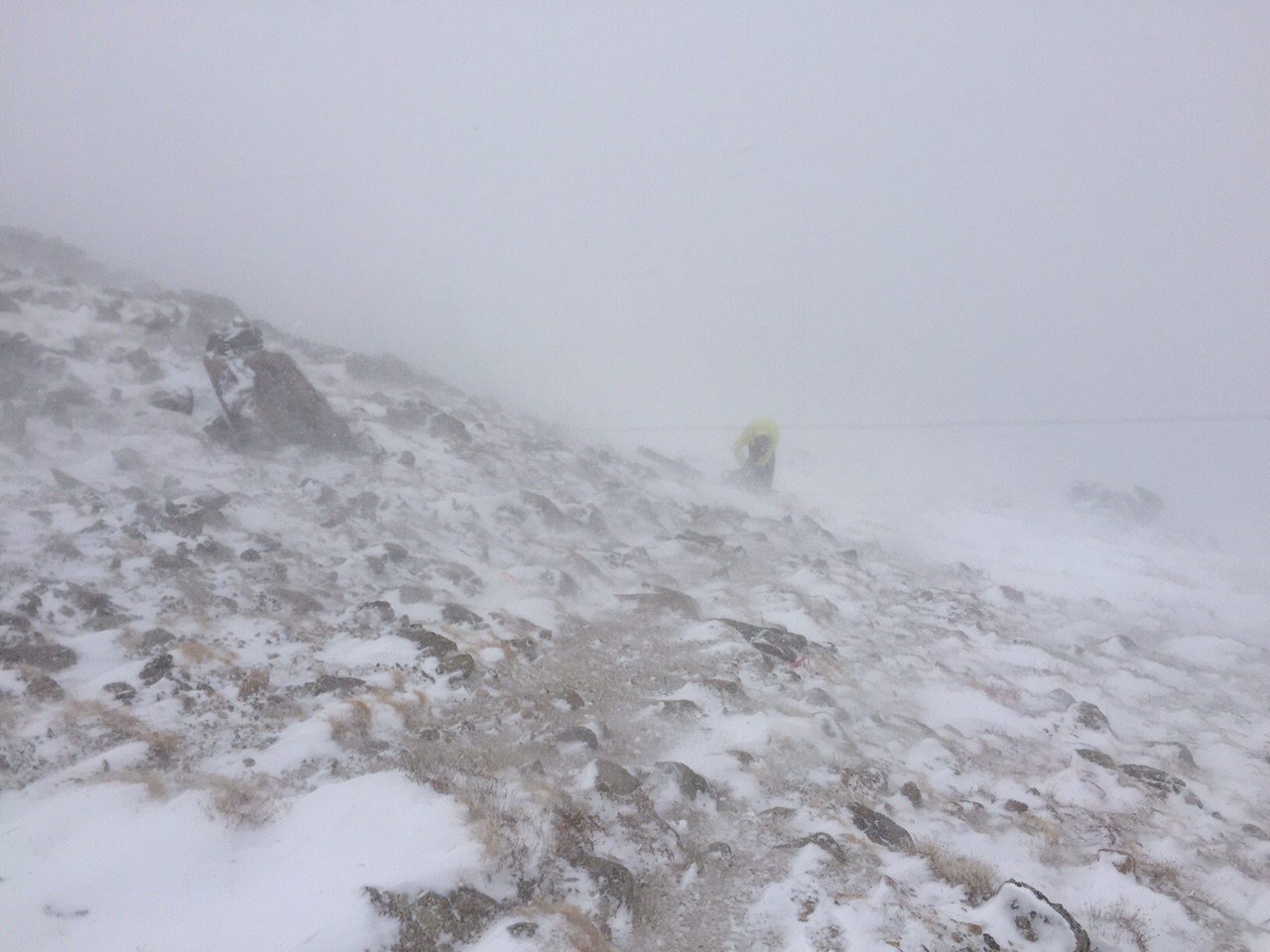 As we descended the snow storm cleared a bit and once we dropped into the face and the southwest couloir, the powder was perfect. 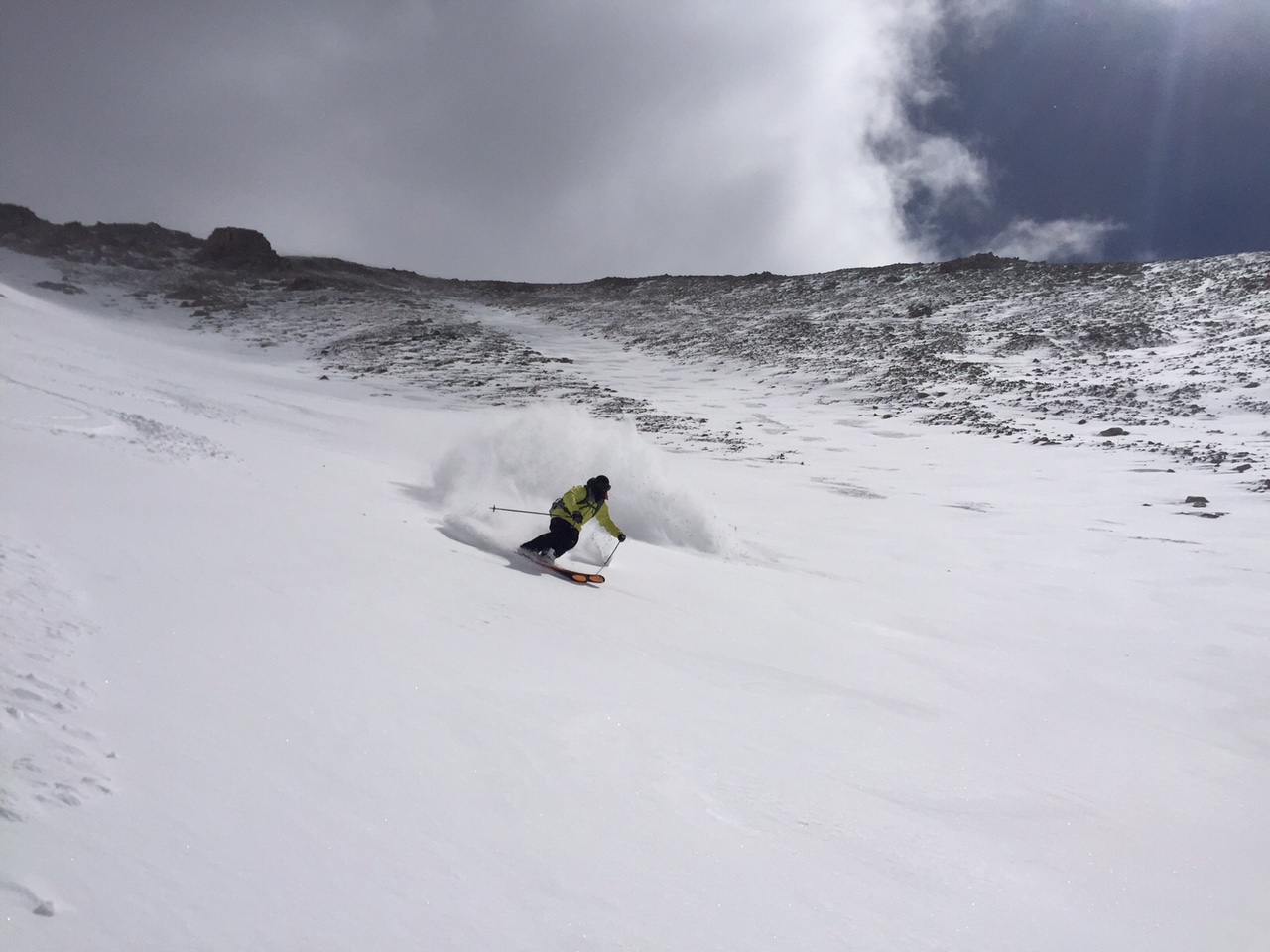 Roger made some nice smoky turns among the rocky and scenic clearing backdrop, and we enjoyed the skiing in the warmth of the sun. 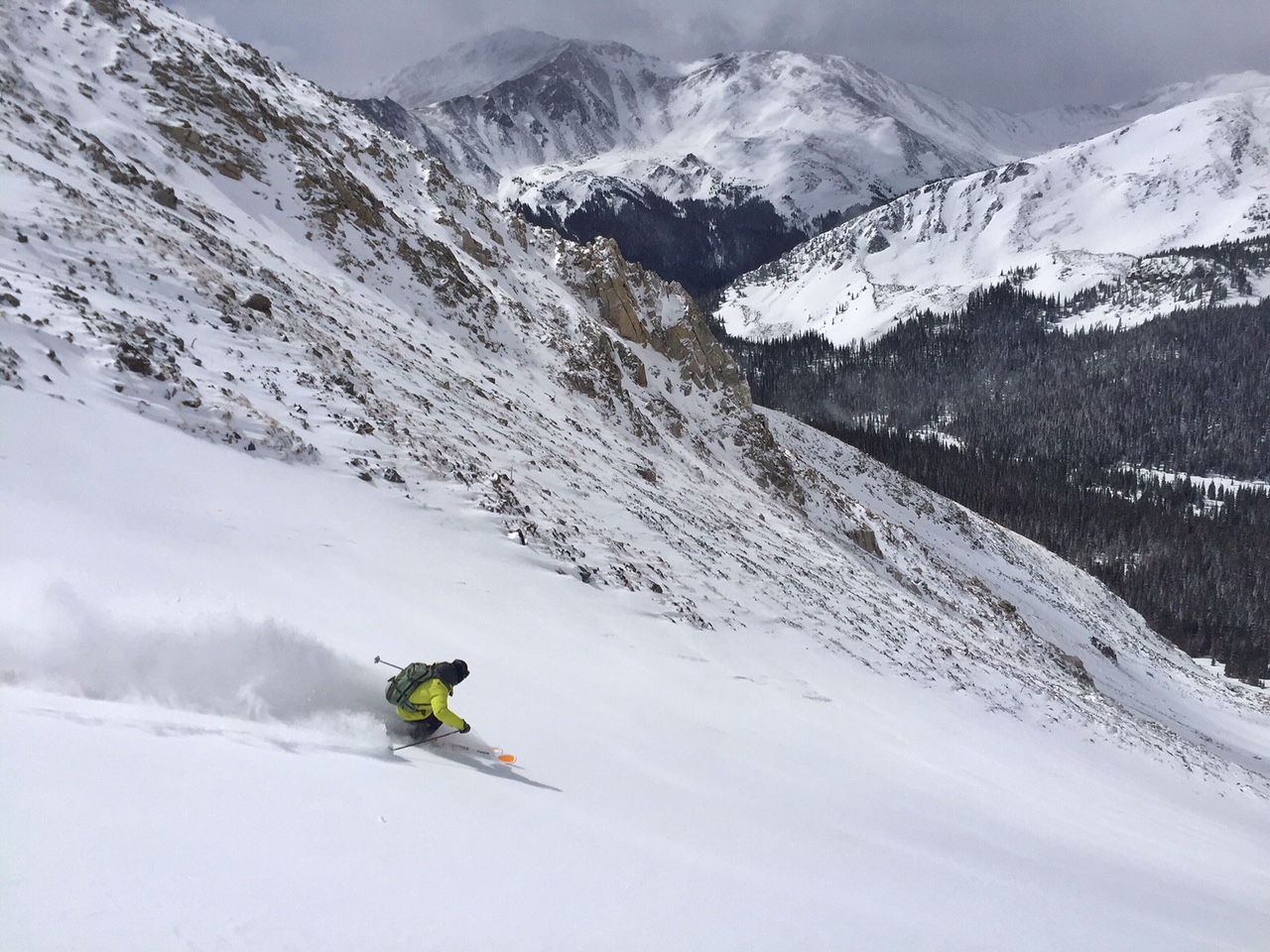 Getting it done on Columbia, 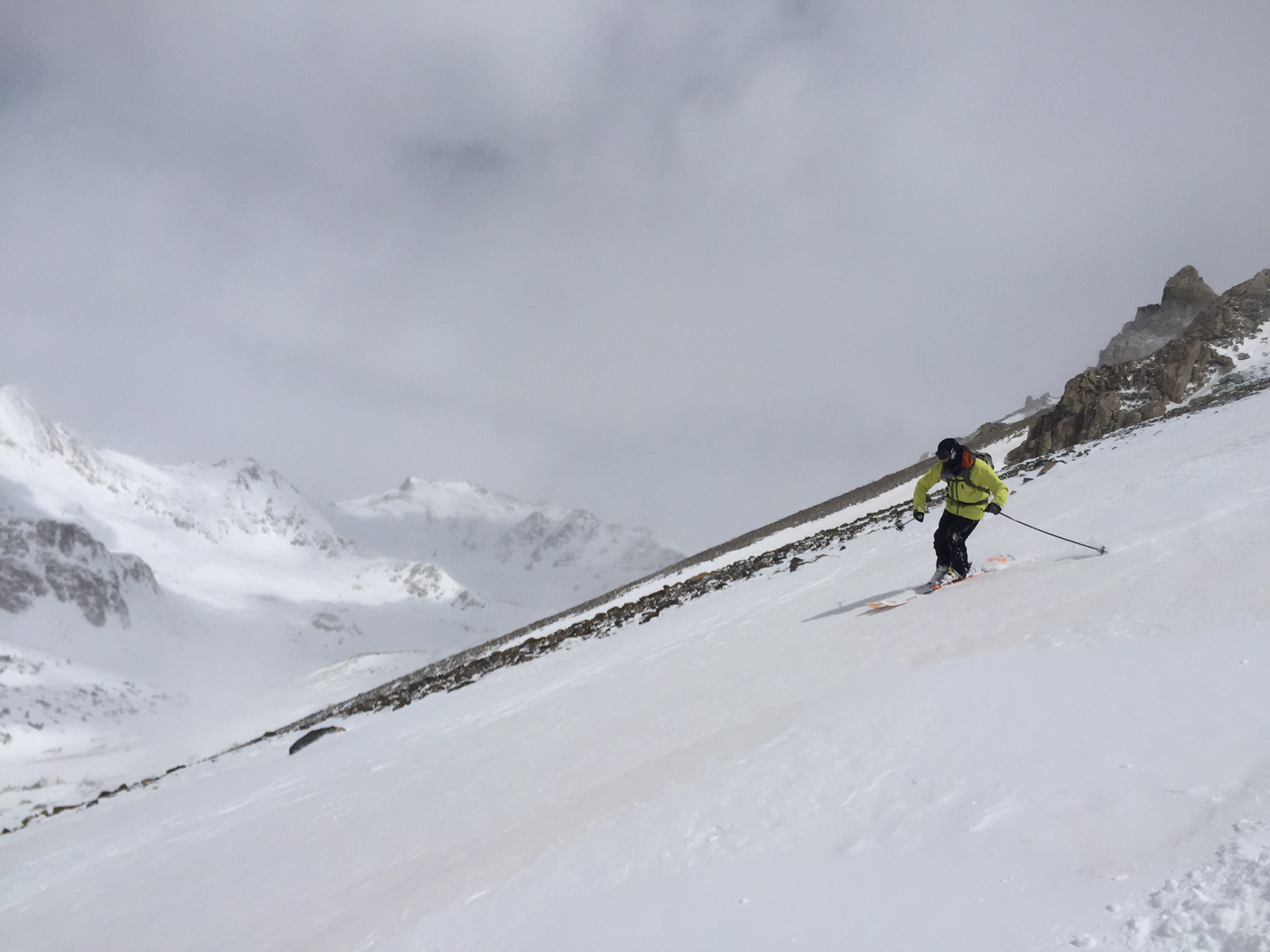 Roger making turns near timberline with Harvard off to the north in the distance.

It felt great to ski another peak, and the tree slog wasn’t too bad, we were back to the vehicles at the trailhead by 130pm. Grateful that the project is moving right along, and spring on on the way, should have plenty of more adventures coming soon!