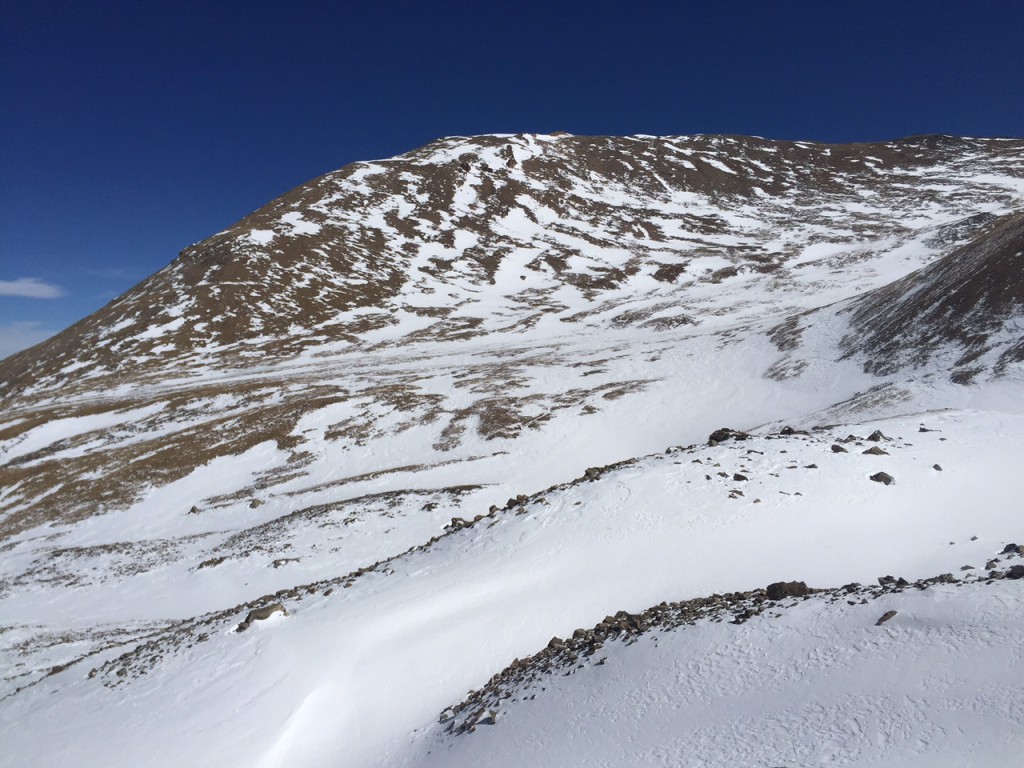 I would be able to put together a reasonable line directly down the west face coming straight down towards me later in the day off Belford.

Roundtrip Mileage and Vertical: 15mi / 7,500′ (Includes Missouri, Oxford, and Belford all in the same day)

Ski Partners: Natalie Moran (Met me on the summit so we skied down) 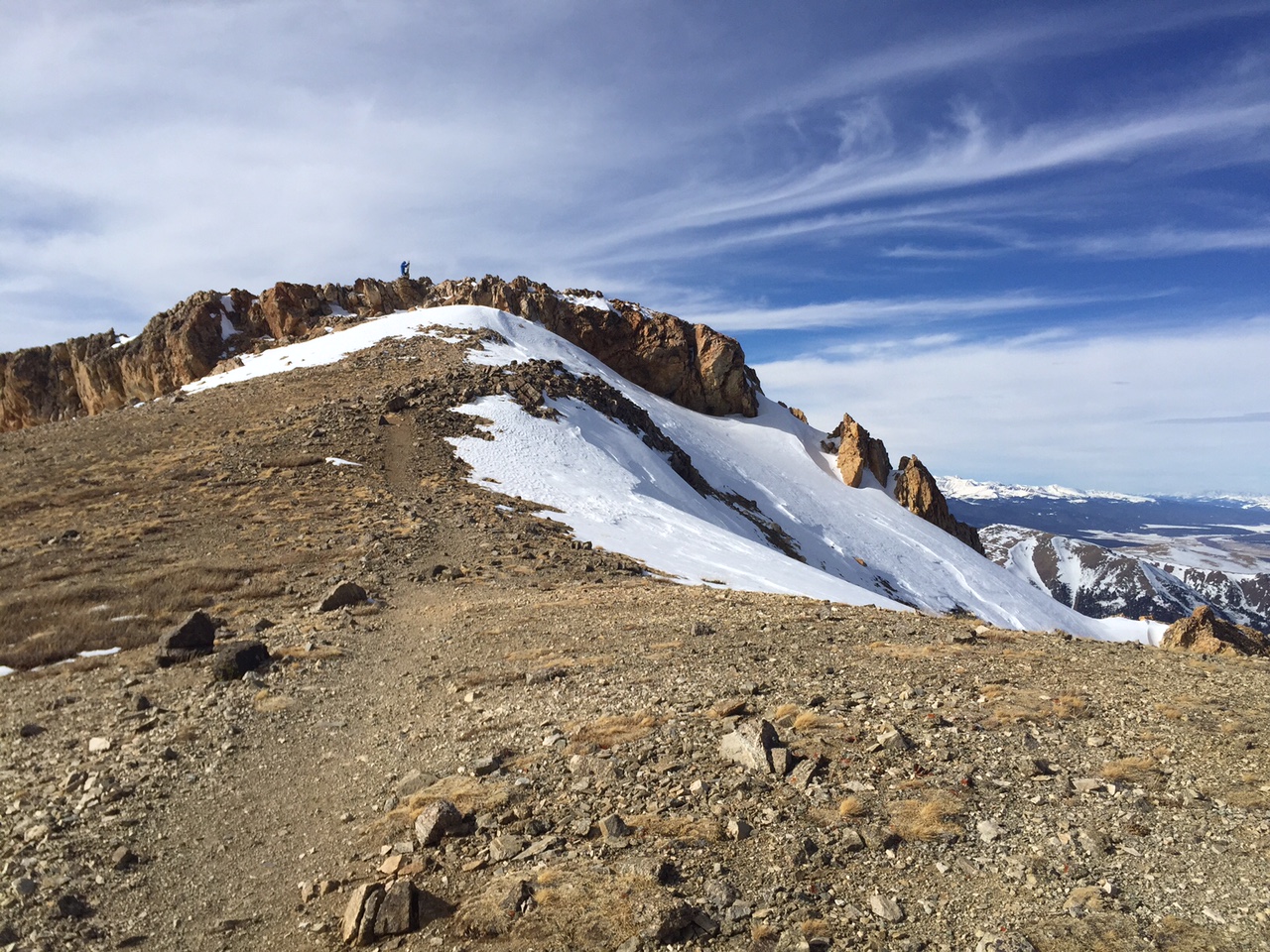 The south ridge leading toward Belford was so dry. Fortunately the west face had just enough snow to ski down.

Next I arrived on Belford’s summit after coming from Oxford and was greeted by a Russian woman named Natalie who had climbed Missouri and had come back across the valley to bag Belford. We both agreed that the ski descent of Missouri was excellent and thought we could probably piece together a reasonable line on Belford’s west side. 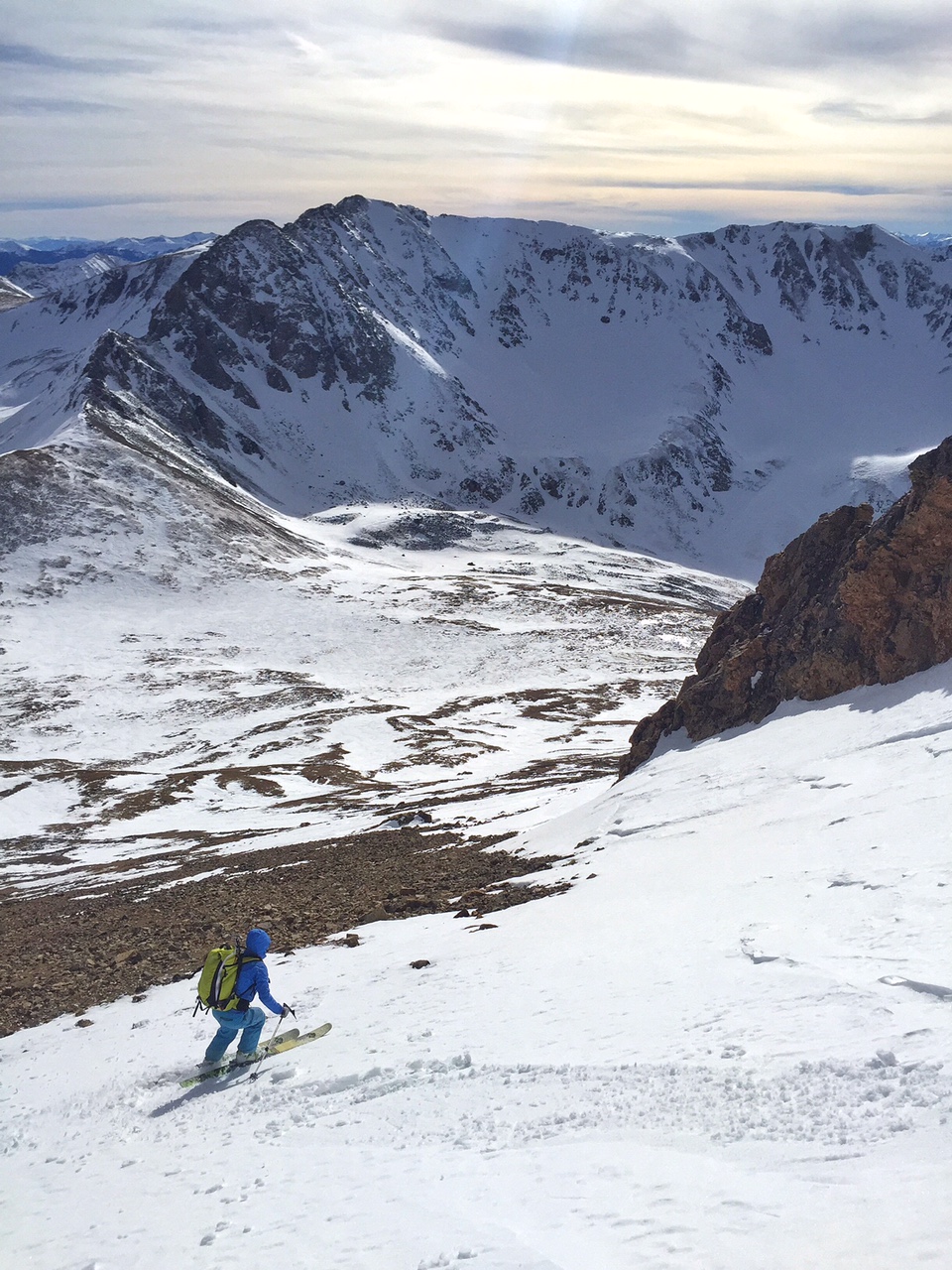 Natalie dropping down the west face with Missouri as a nice backdrop.

We skied past some small towers and made the most of some great turns in the warm afternoon sun. 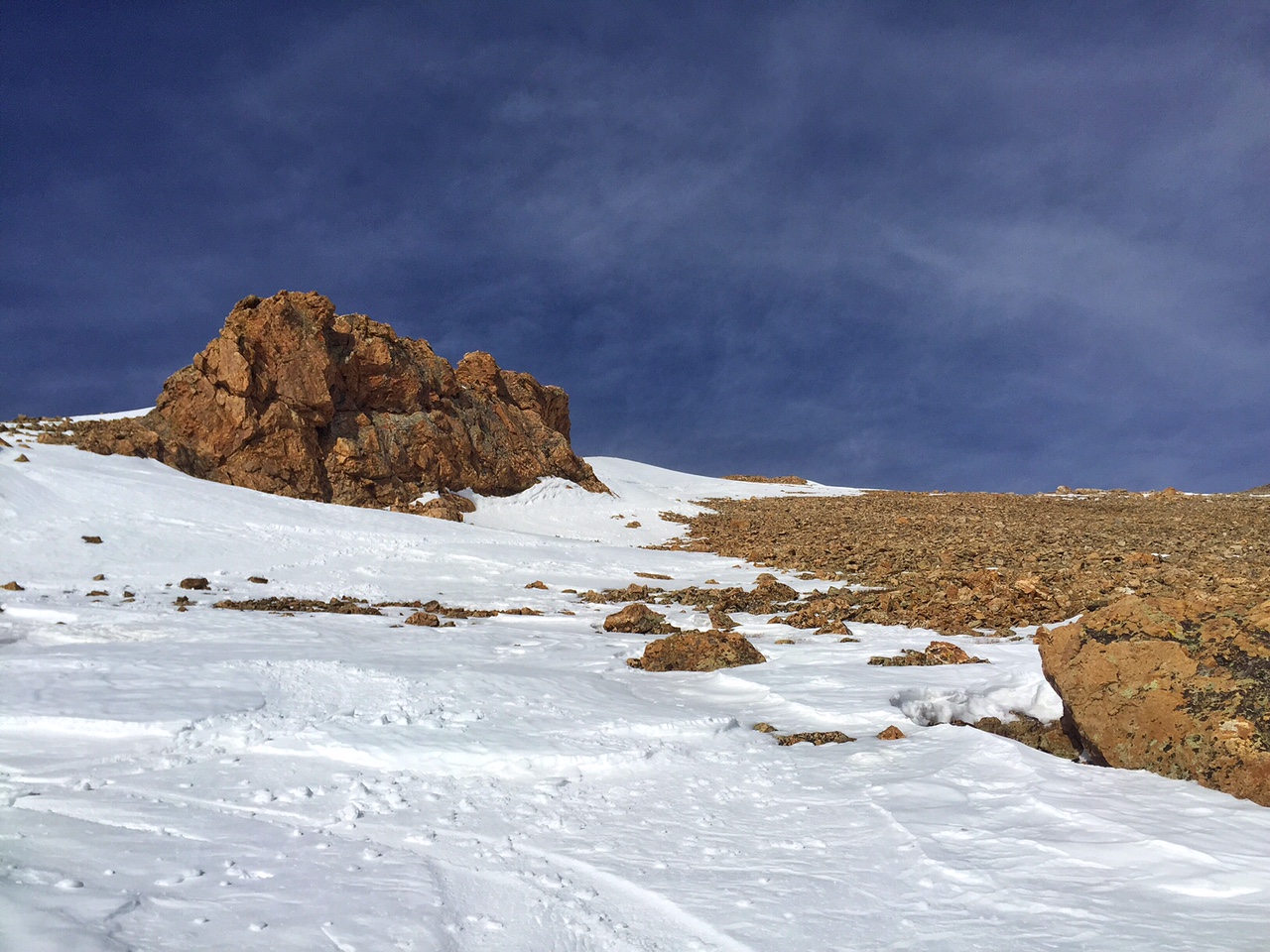 Looking back up Belford while skiing the west face aspects.

Then the fun part was cruising down the basin back towards Missouri Gulch and the trailhead above timberline on fast slopes in the creek bed. 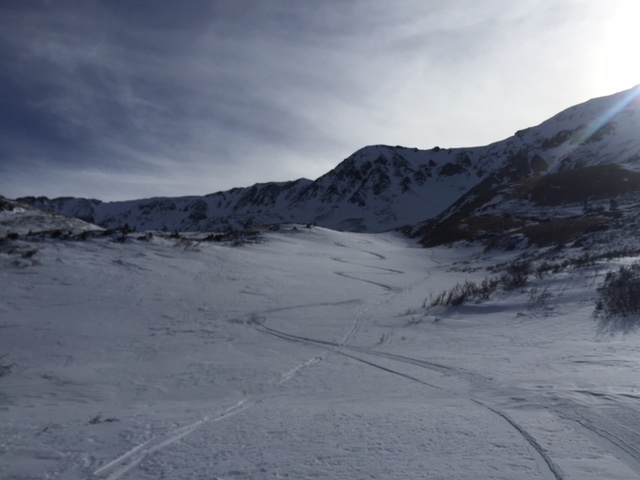 Heading back to timberline, my tracks.

The only thing slowing me down now is that I broke one of my bindings in deep snow in the trees on the way down…luckily I have a bit of time to get if fixed this week as this Colorado storm system moves through, plus it should help with more snow!

As I entered the trees I started to take stock of the project. Feeling amazing so far and off to an excellent start through about the first quarter of this endeavor. 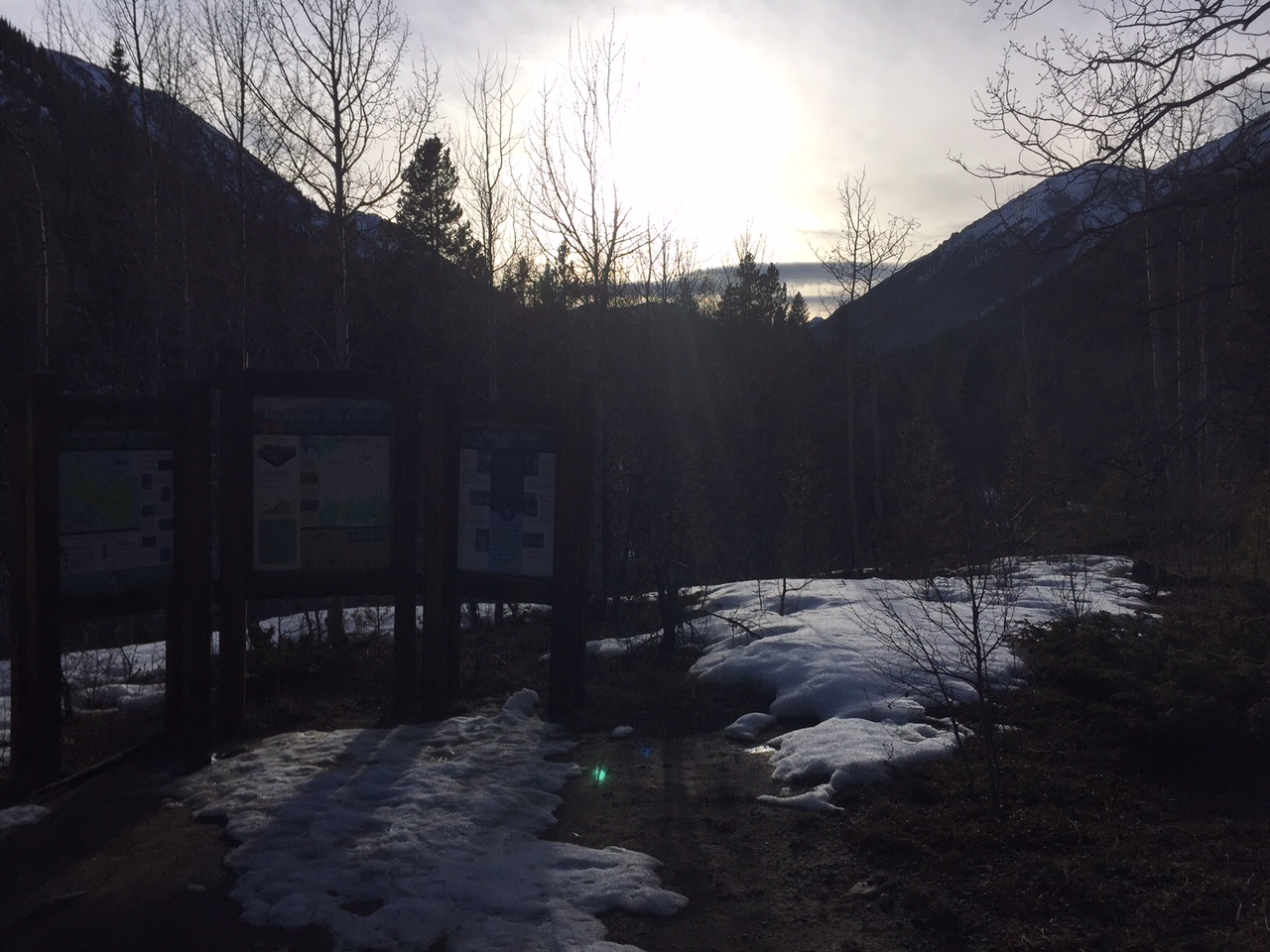 Back to the trailhead in Missouri Gulch before the sun set. A full 11 hour day!

I appreciate the support from many so far. I have had a handful of great partners to join me, and I’m sure there will be more on the horizon. On to the Sangres for a bit next!