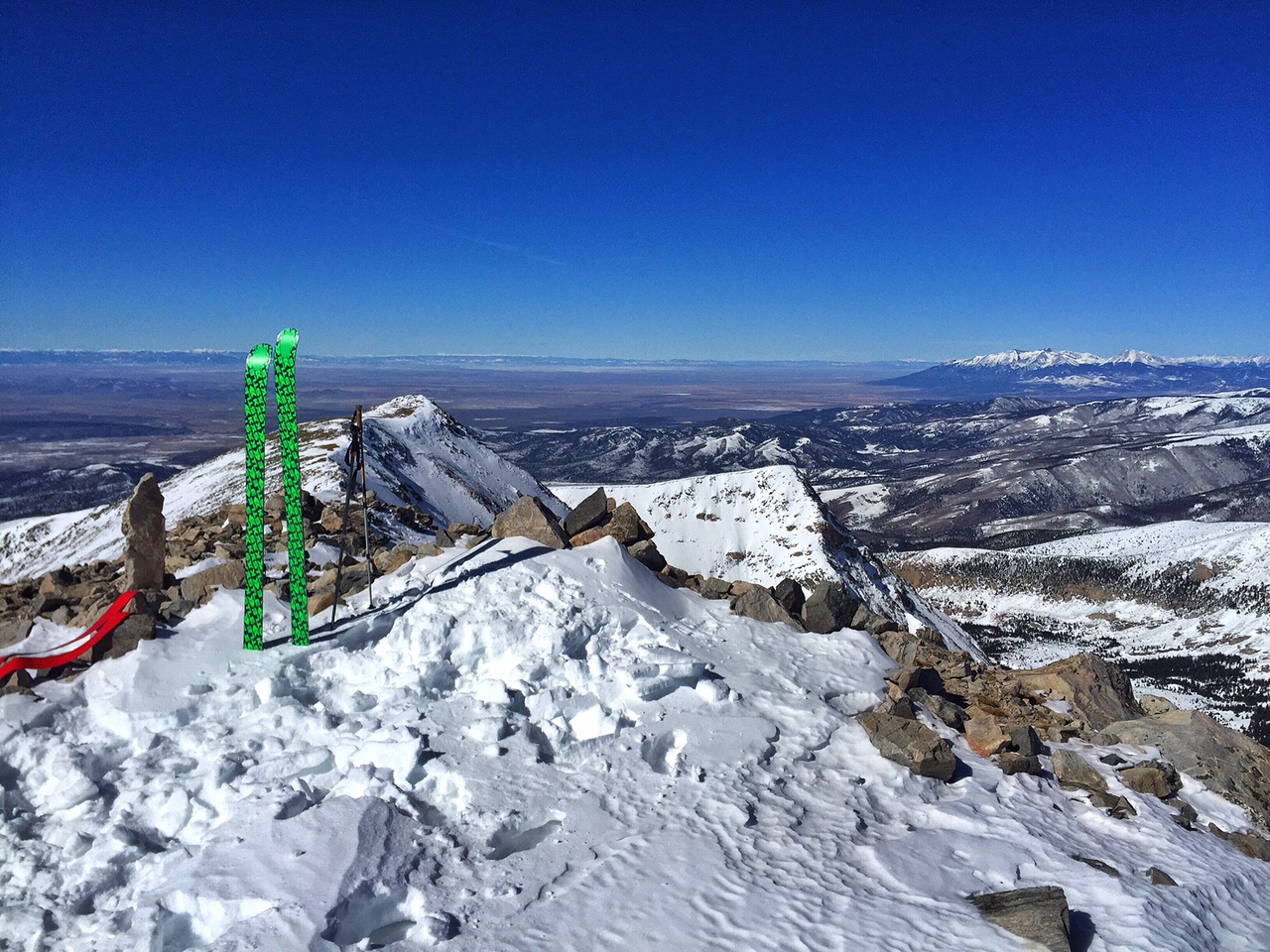 Roundtrip Mileage and Vertical: 16mi/6000′ from park headquarters and different than the summer 4WD approach!

It was an early morning as Ron Z and one of his other ranch hands (shoot I forgot his name, such a nice guy!) came and let me into the Cielo Vista Ranch property in darkness. Once we filled out the adequate paperwork, I started 530am from the Headquarters.  Broke Trail after the Snowmobile track after 4 miles or so.

The winter track took a southerly path before I was able to head back towards the north to rejoin the summer 4WD road at 4-WAY after several miles. 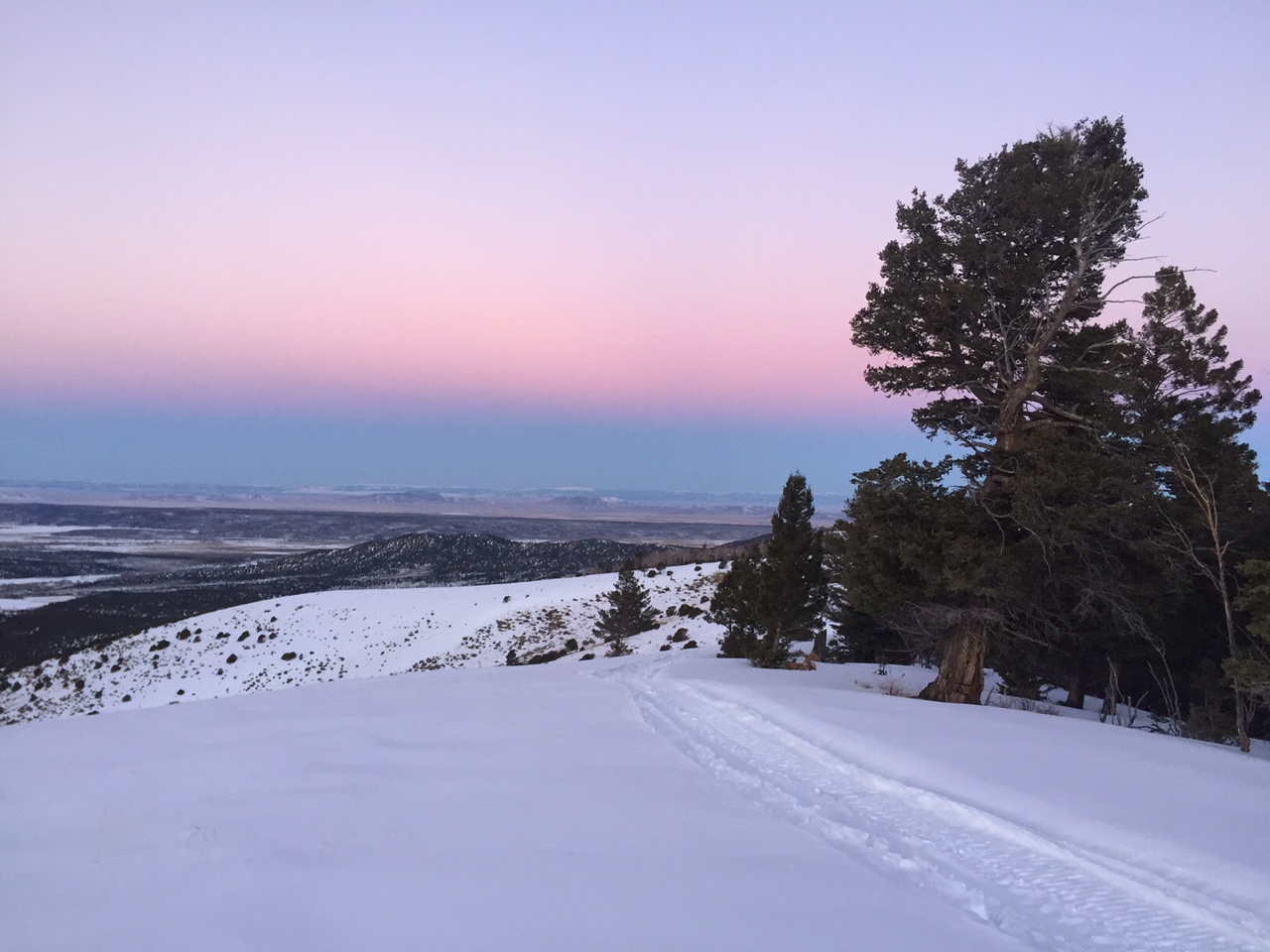 Gorgeous morning colors on the way up. 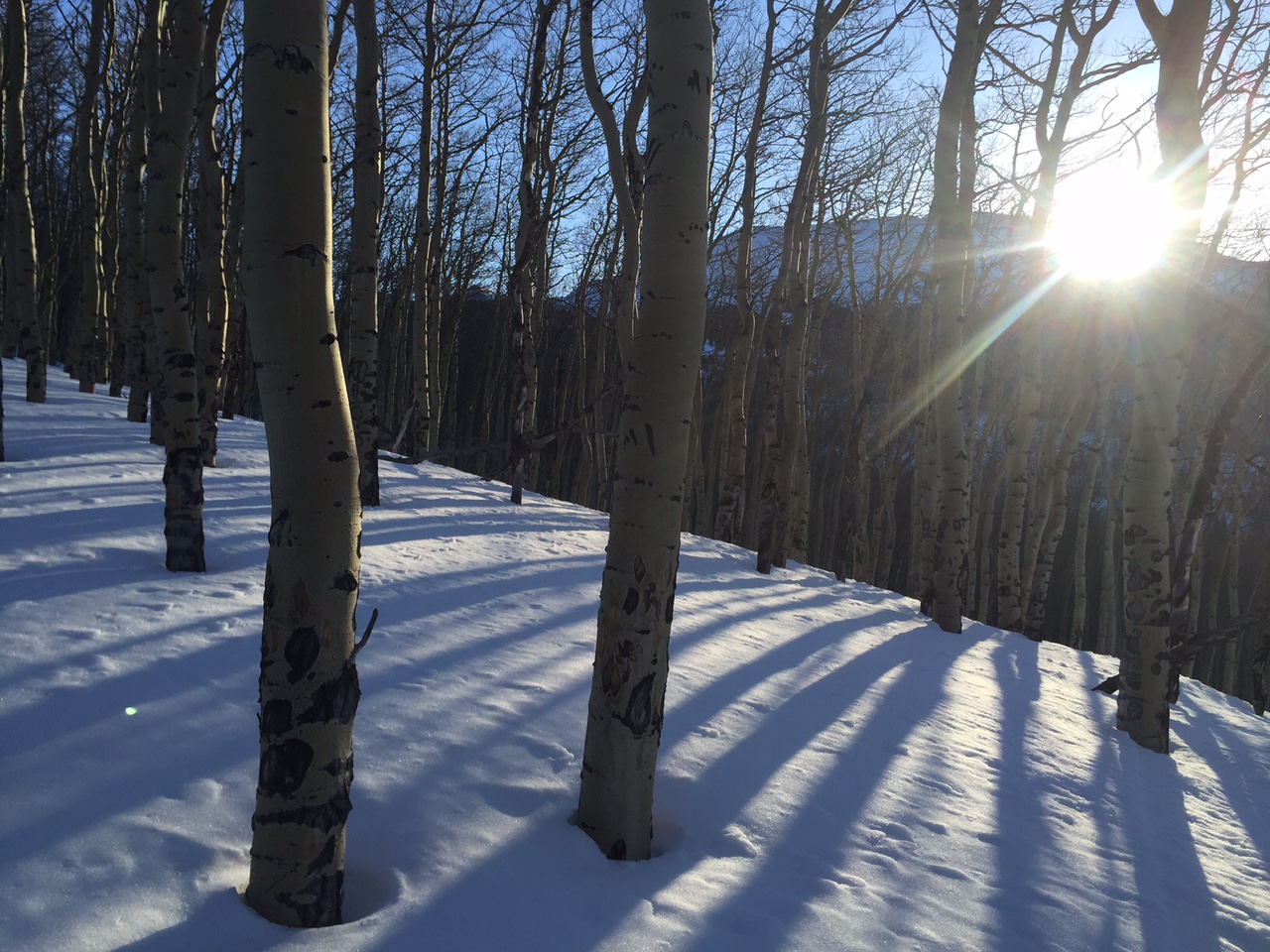 Skinning through Aspens at sunrise.

The morning light was awesome and I was greeted by a bright sunrise in the Aspens as I ascended in a completely calm winter’s morning to 4-Way. 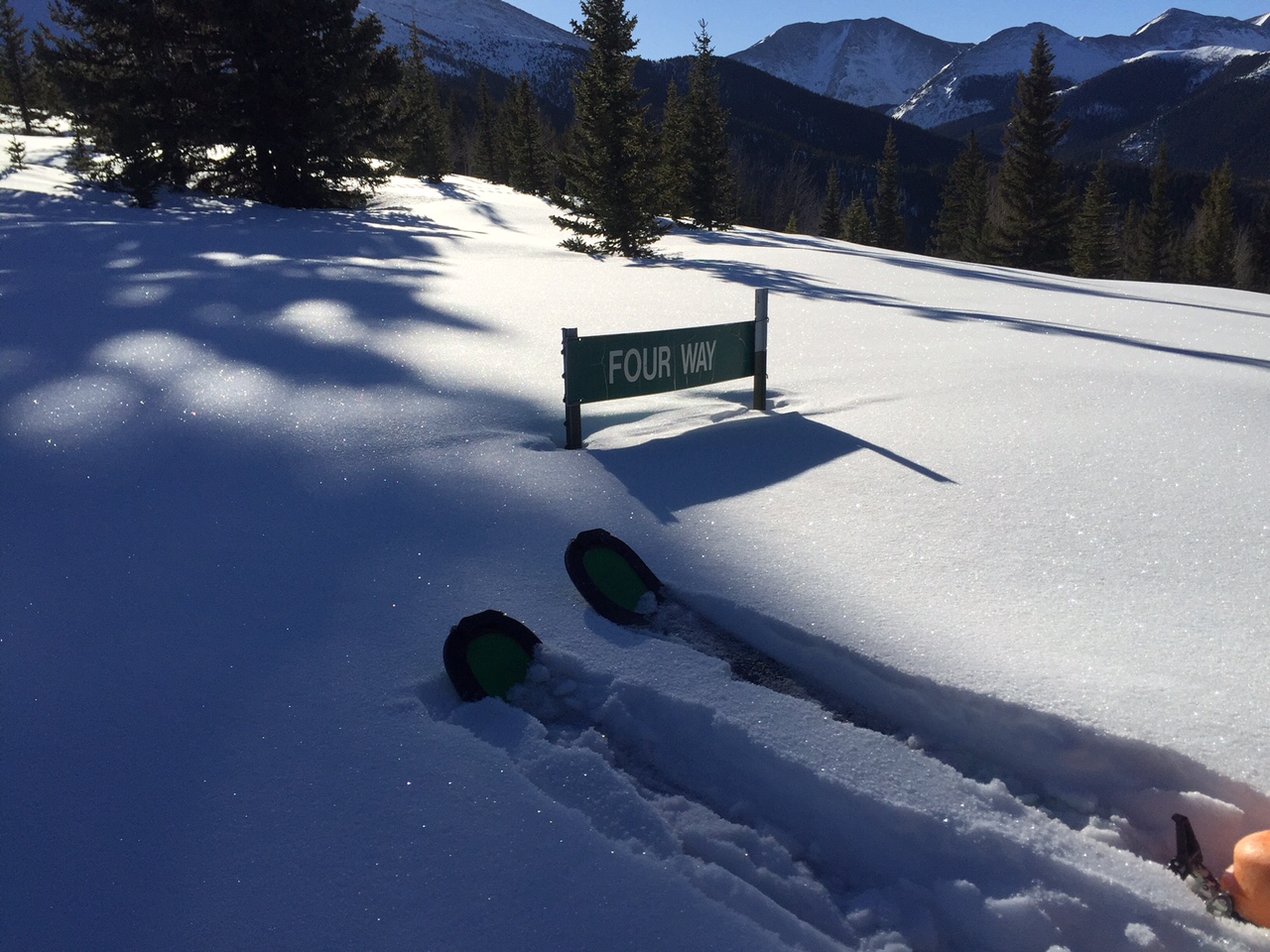 Once at 4-Way, I knew that the summer 4WD road would take me to timberline and towards the peak to the summer trailhead. 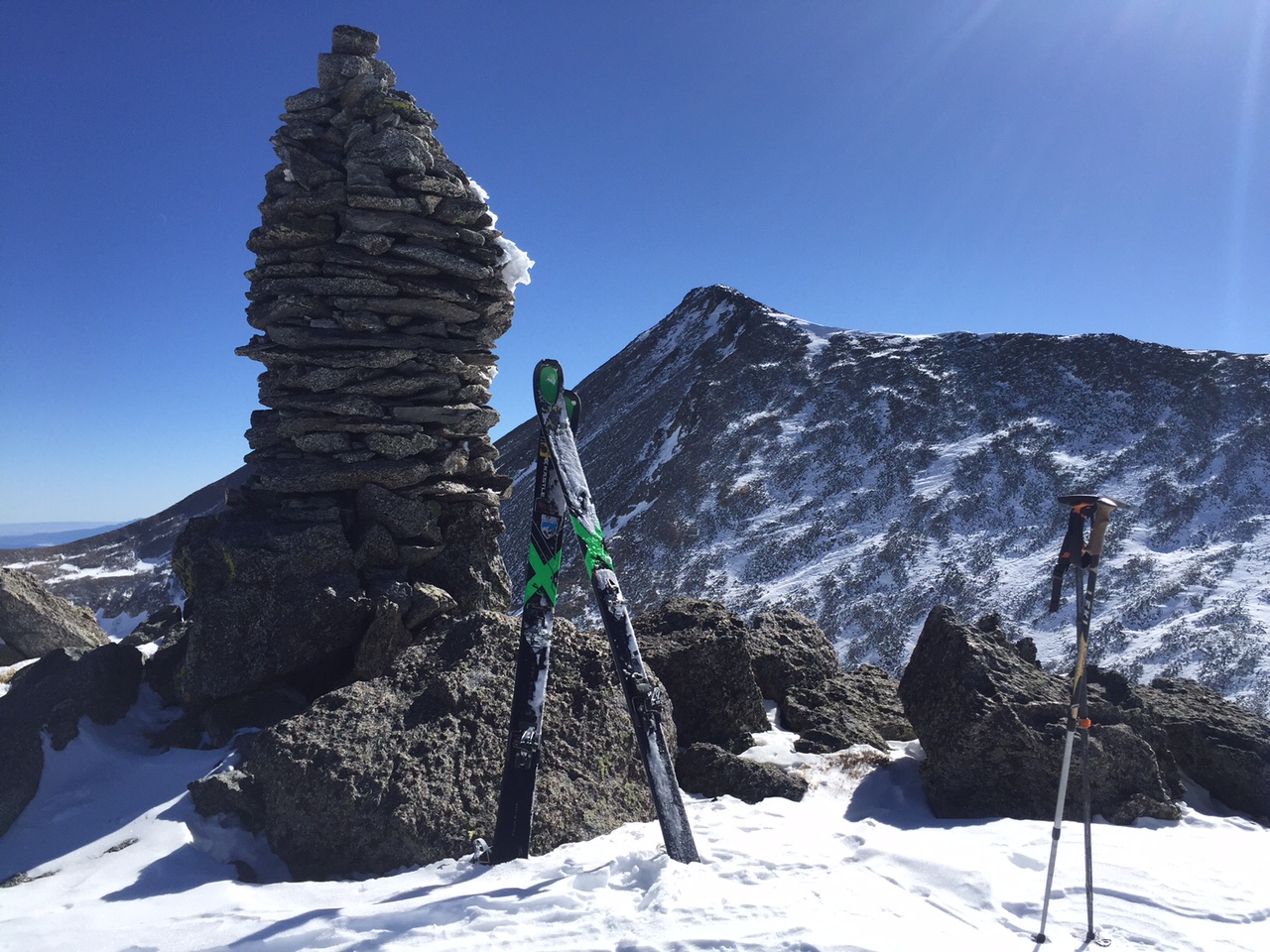 I then broke trail all the way to the large cairn on the ridge. By ascending the southern flanks of the western bowl above the timber. 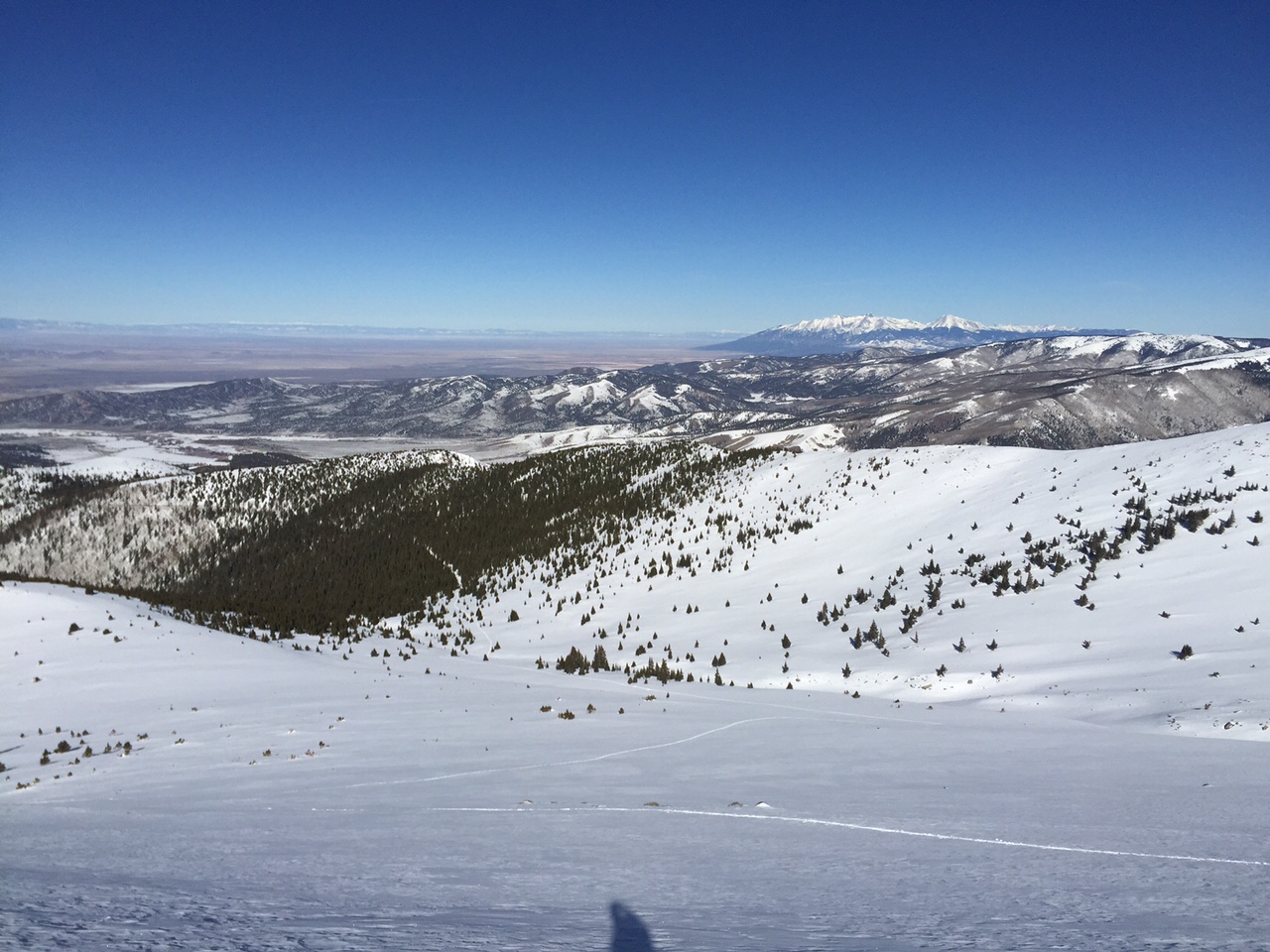 Awesome views to the north and down into the NW bowl.

It was such a gorgous day in the southern Sangre de cristos, and other mountains came into view. As I neared the summit ridge Wheeler Peak, New Mexico’s highest peak was visible to the south, and the Blanca Massif and the Crestones were clear to the north. I could even see Pikes peak way far to the north! 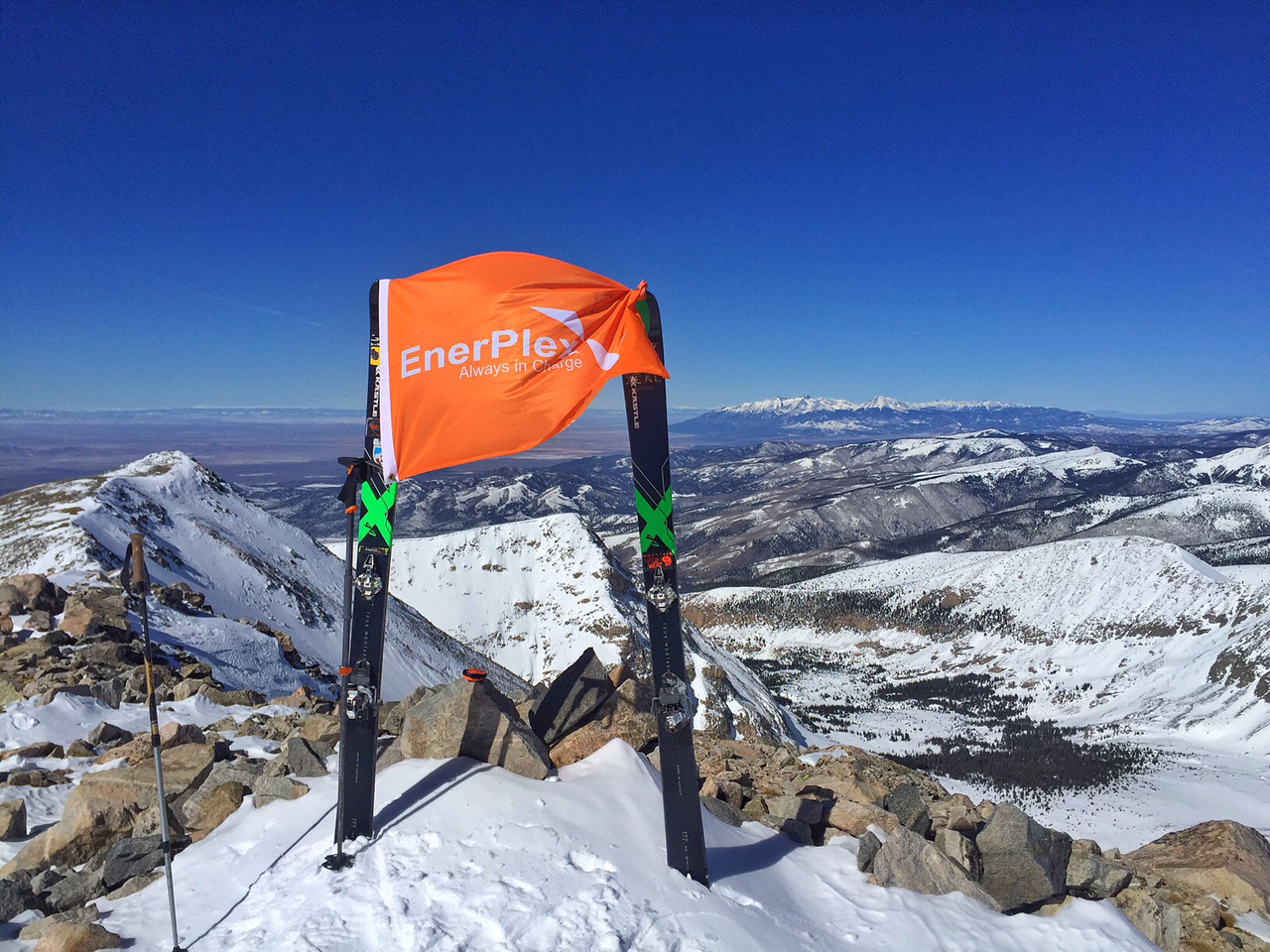 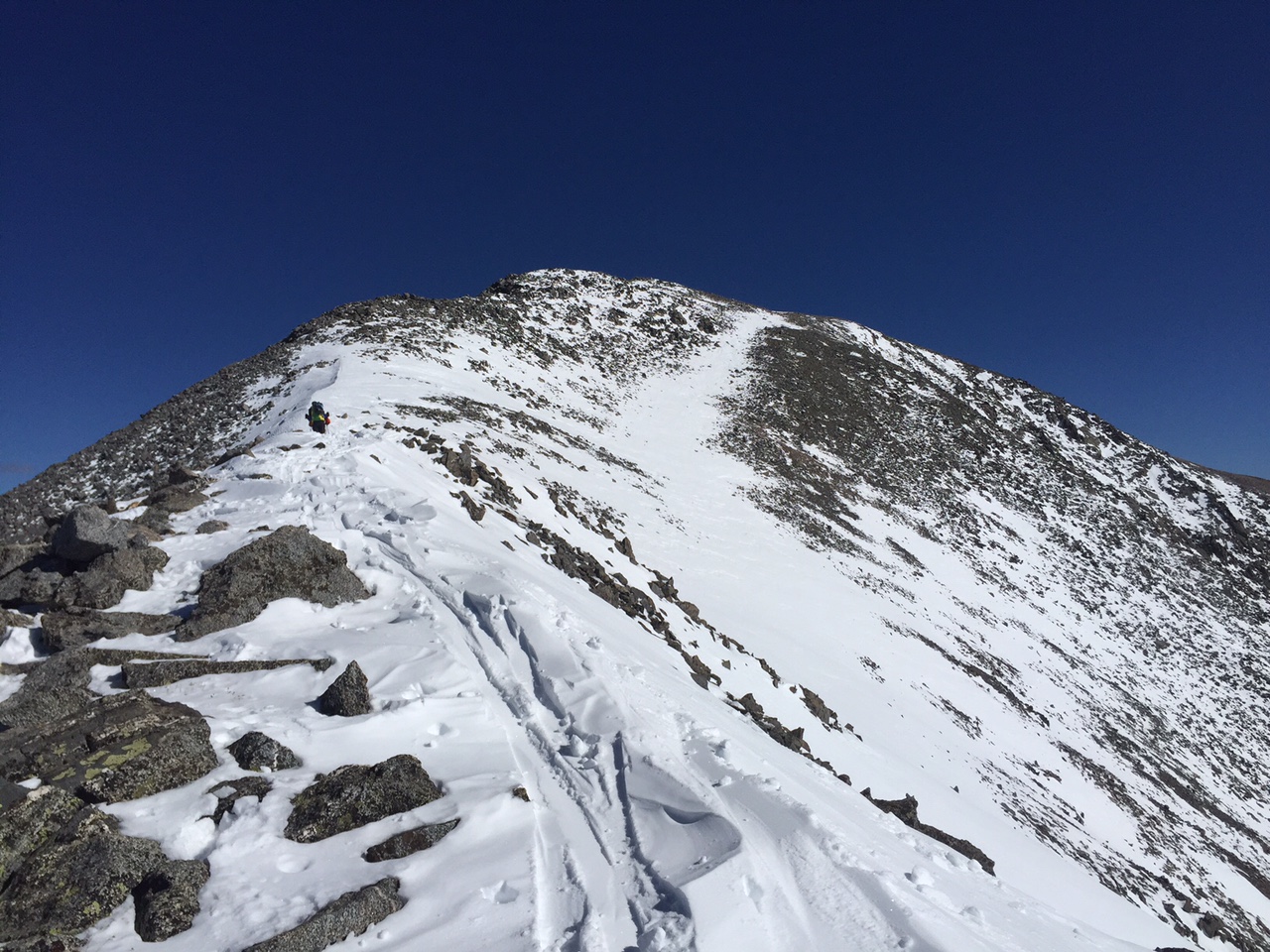 The thin ribbon on the south side of the ridge gave me just enough snow to ski!

I congratulated him an then I skied back down and was at the headquarters by 245pm. The west face/ NW Face powder was good! 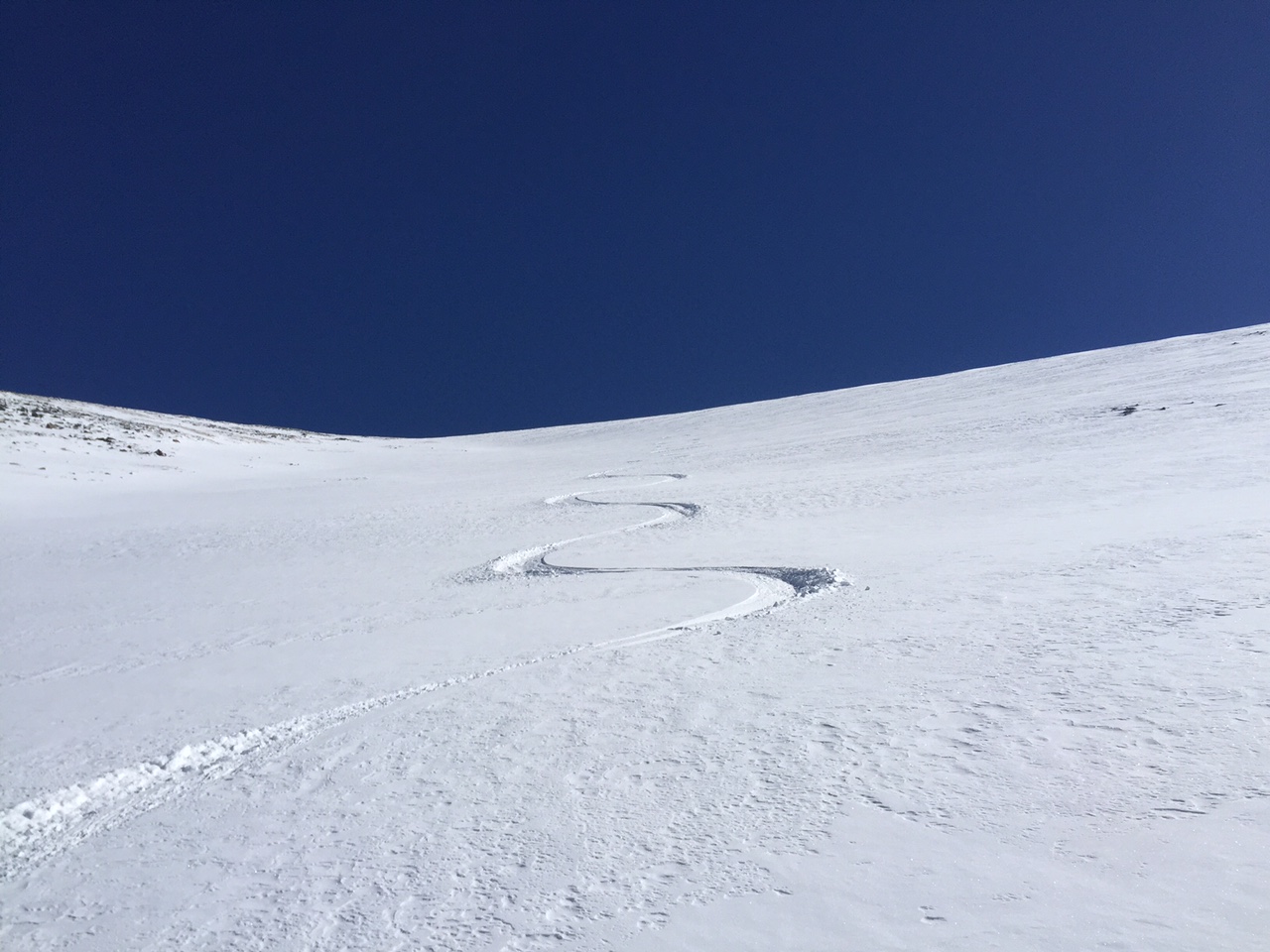 Creamy turns back to timberline in the NW face of the bowl.

I also got to see some huge elk in the trees about 2 miles above the park headquarters, what a treat and fine day on Colorado’s southernmost 14er, where it honestly felt like Spring was coming soon!