Pikes Peak Summit in the full moon at 1am on April 21. 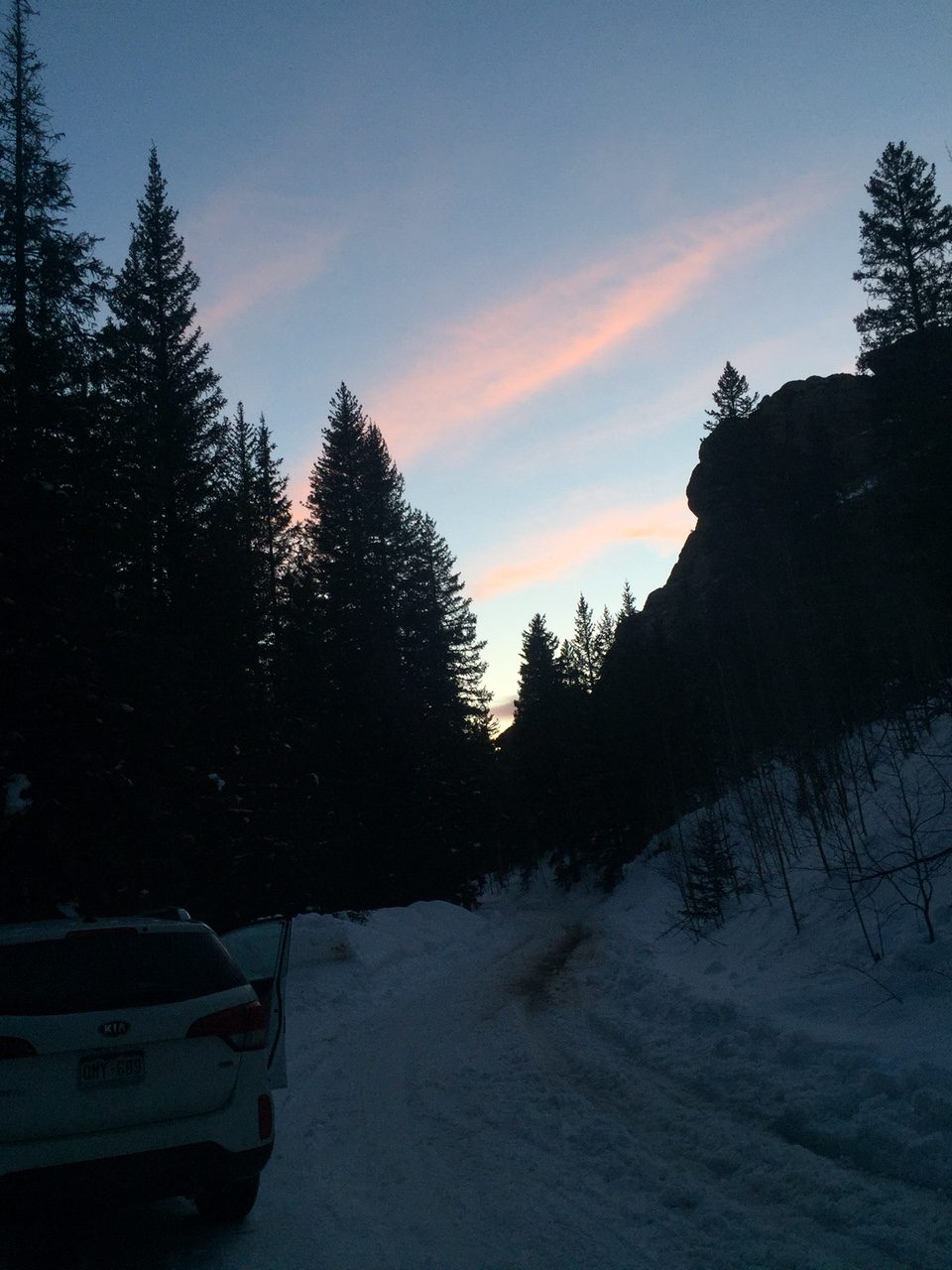 Parking as it was getting dark.

After a week of bad weather, I was anxious to get back out on the trail again and to ski off some peaks. I’m really starting to fill in the gaps on these peaks, and with the nice big storm last week, coverage on peaks that earlier this winter were unskiable have now come into condition. If I can keep things rolling into May, I am starting to believe I have a realistic shot at knocking out the remaining peaks.

On Wednesday afternoon I drove down to the southeast through South Park and towards Pikes Peak. Snow was still sitting in the Tem Mile Range, but as I headed further south, Pikes peak stuck out on the horizon. It was nice and white.

Leaving the small town of Divide on Highway 24, I turned south on Colorado 67 and found my way up to the Crags Trailhead. The dirt road heading towards the trailhead had fortunately been plowed. The nearly 4 feet of snow that had fallen in the past week had settled out some, but I was so glad this area got hammered by all the storms!

It was a clear and calm evening when I parked at 730 near the Mennonite Camp, still almost 2 miles from the summer trailhead at Crags. Because of all the new snow, they only had the road plowed to Mennonite Camp. Parking and readying my gear for the morning, It suddenly dawned on me: There was going to be a full moon!

I had already been sitting for a week since I was up on Mt. Lindsey so I was anxious to get going. Also, knowing that the best weather was now through Friday, and I had three peaks I set my sights on, I decided that the best way to get going would be to go now! 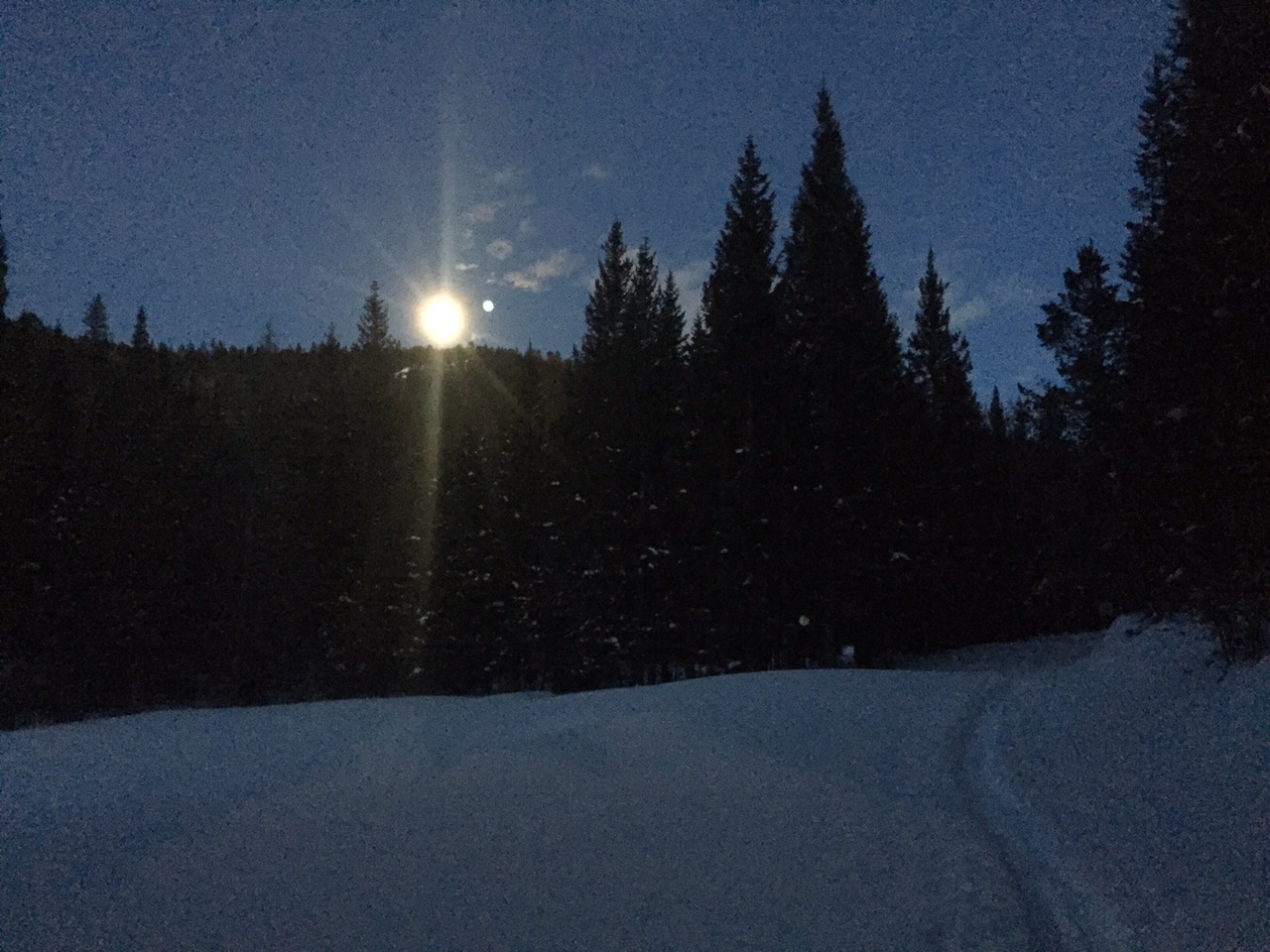 Full moon on a 14er is awesome!

Leaving at 8pm, it was just getting dark and the moon was coming up. I headed up towards Crags campground excited about the possibilities. I would try to get Pikes done overnight, then head to Antero to start fresh in the morning, hopefully with a few hours of rest in between.

Pikes and Antero would be excellent training for an 8000m peak. Starting at 8pm reminded me of what I did on Everest in 2012. I started right as it was getting dark. Pikes would be a long night and then I would have to be capable of going strong on Antero too. I was ready for the challenge. 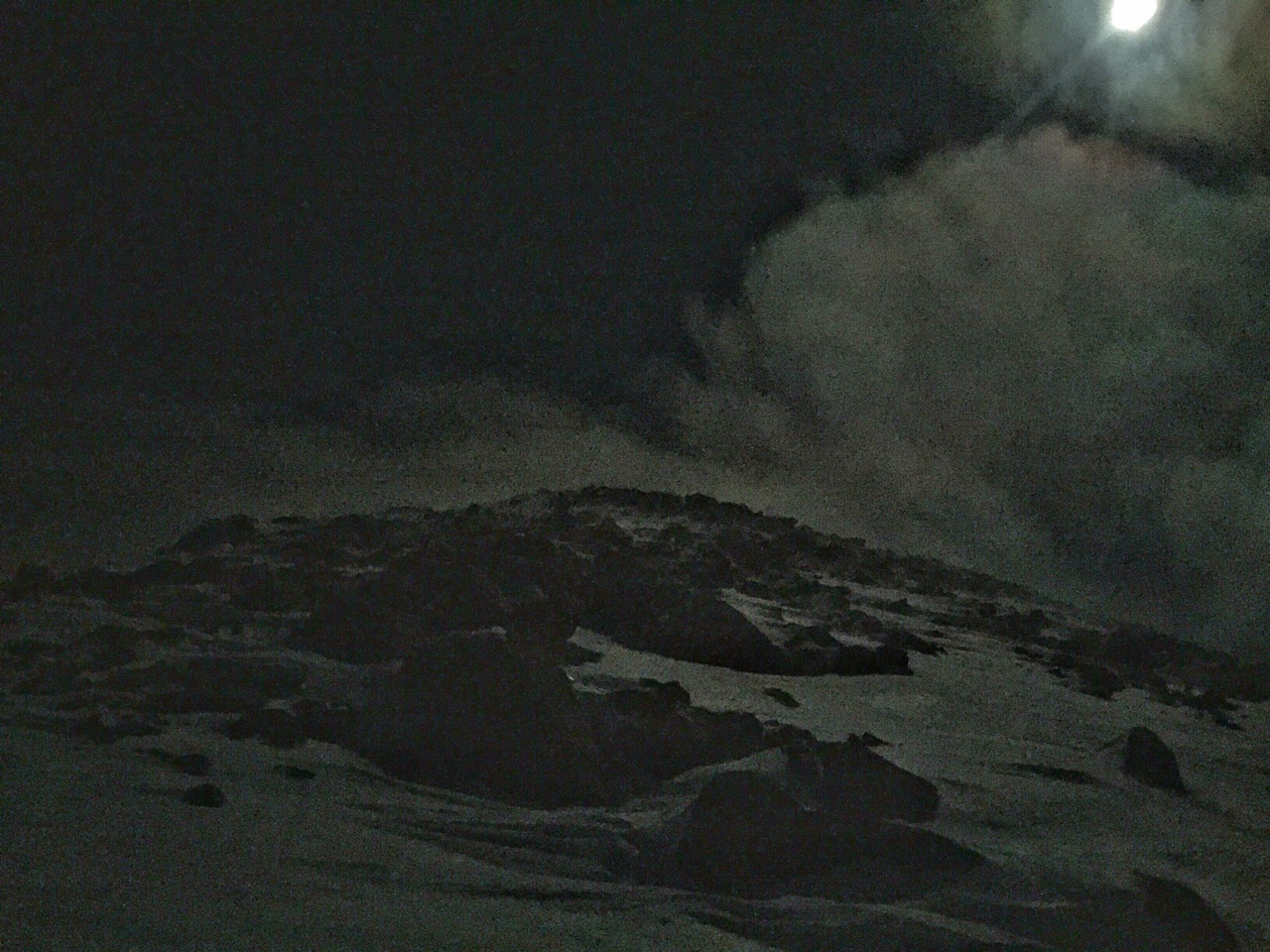 As I headed up the basin, I followed a skin track from some skiers from the day before. These skiers probably were skiing a bit at the tail end of the storm. But the skin track was a gift. I pushed myself up above timberline and in the Full Moon light I didn’t even need a headlamp. In warm temps and minimal wind, I was up to Devils Playground in the bright lights meeting the buried Pikes peak road by 11pm. Above 12,500’ the winds picked up a little bit so I had to layer up. 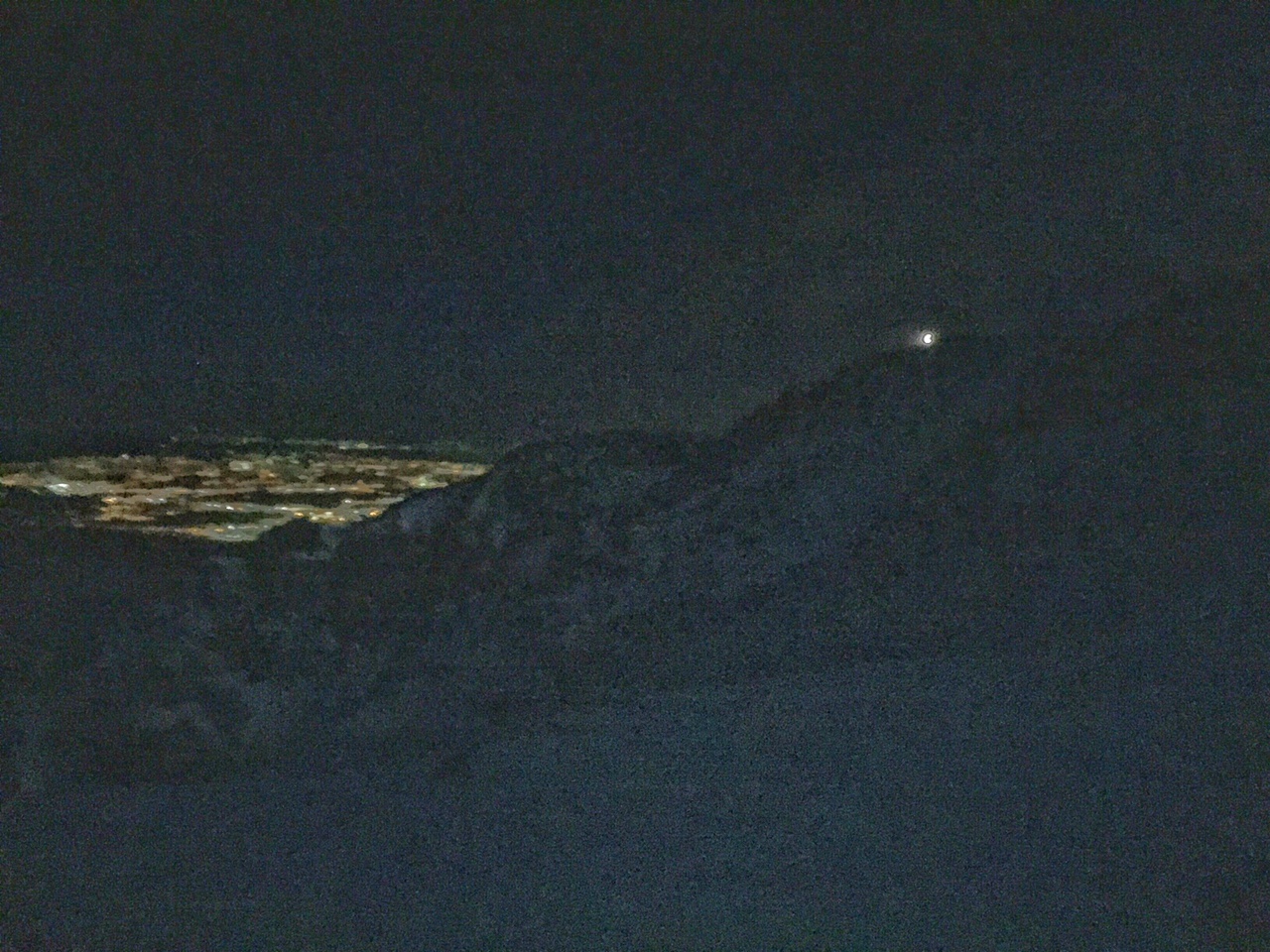 Colorado Springs and the light on the summit.

Like a lighthouse on a far off shore, the light from the summit house beckoned me to keep climbing. The winds out of the northwest kept getting stronger and stronger. Fortunately they weren’t right in my face.

Before long I crested the summit ridge and made my way to the top. Winds on top were brutal, blowing up to 40 mph. It was chilly, but I had made it. I snapped few photos and got shelter on the leeward side of the summit house. Most of the facilities up top were completely covered in snow from the recent storm and had not been dug out yet. The last several days had shut down all operations up there. 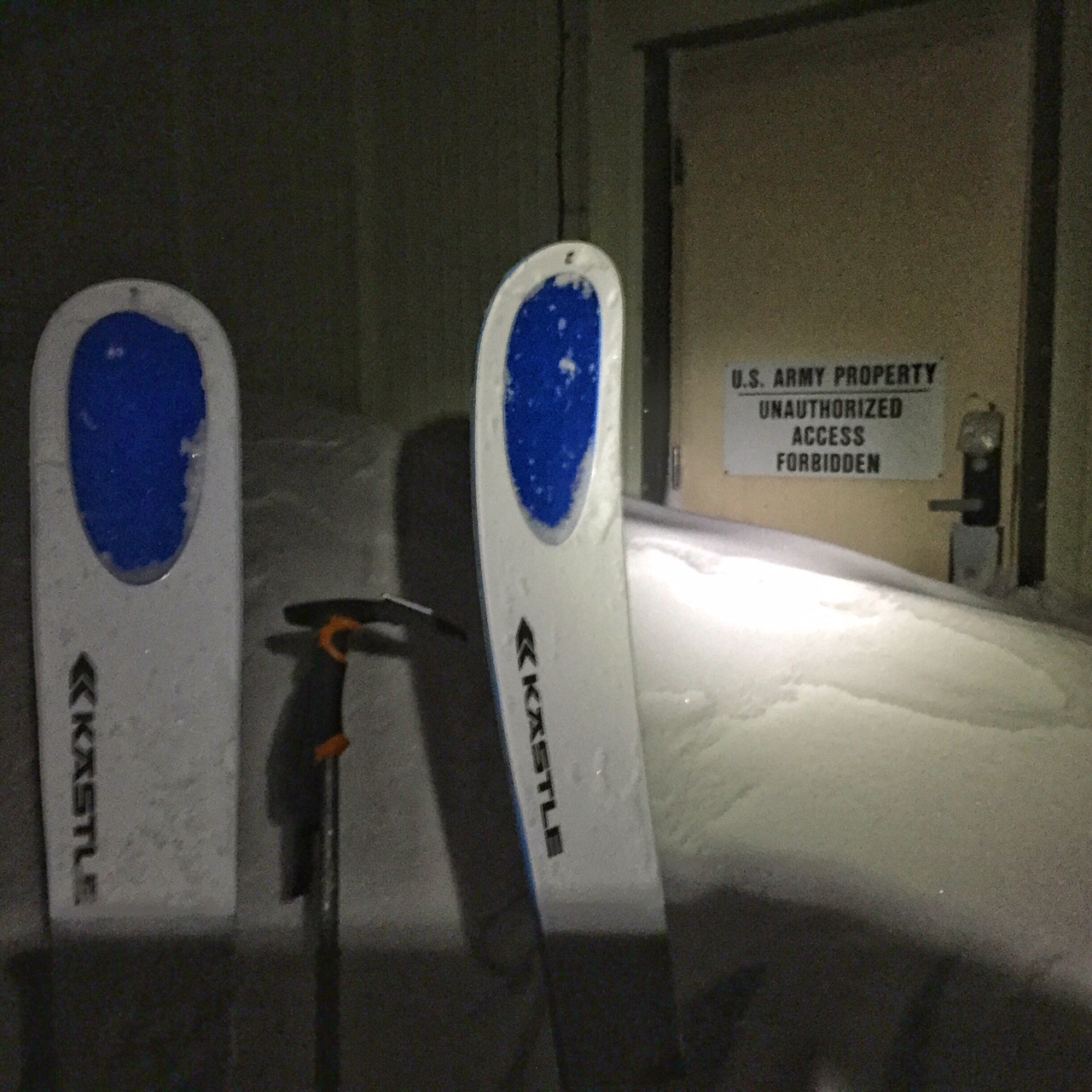 I hustled over to the Army summit hut and got out of the wind to pull skins. Even in the full moon it was tough to see with goggles and my headlamp. 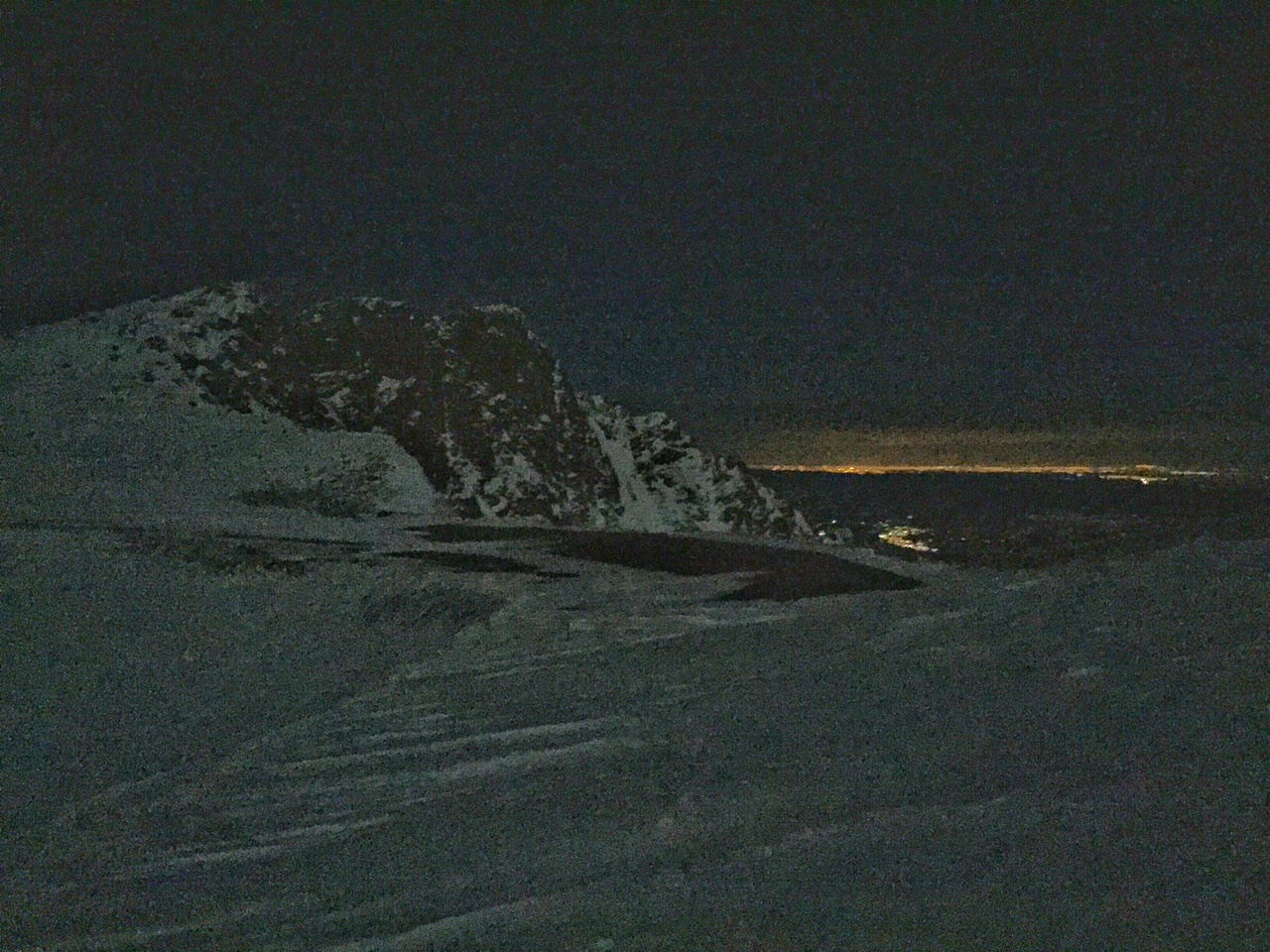 The Denver skyline in the distance to the north.

By the time I headed down it was pushing 130am. I descended quickly and as I made my way down the slopes to the northwest, the winds died out. It was a stellar night. The lights of Colorado Springs and the Denver metro area made this peak feel pretty interesting. 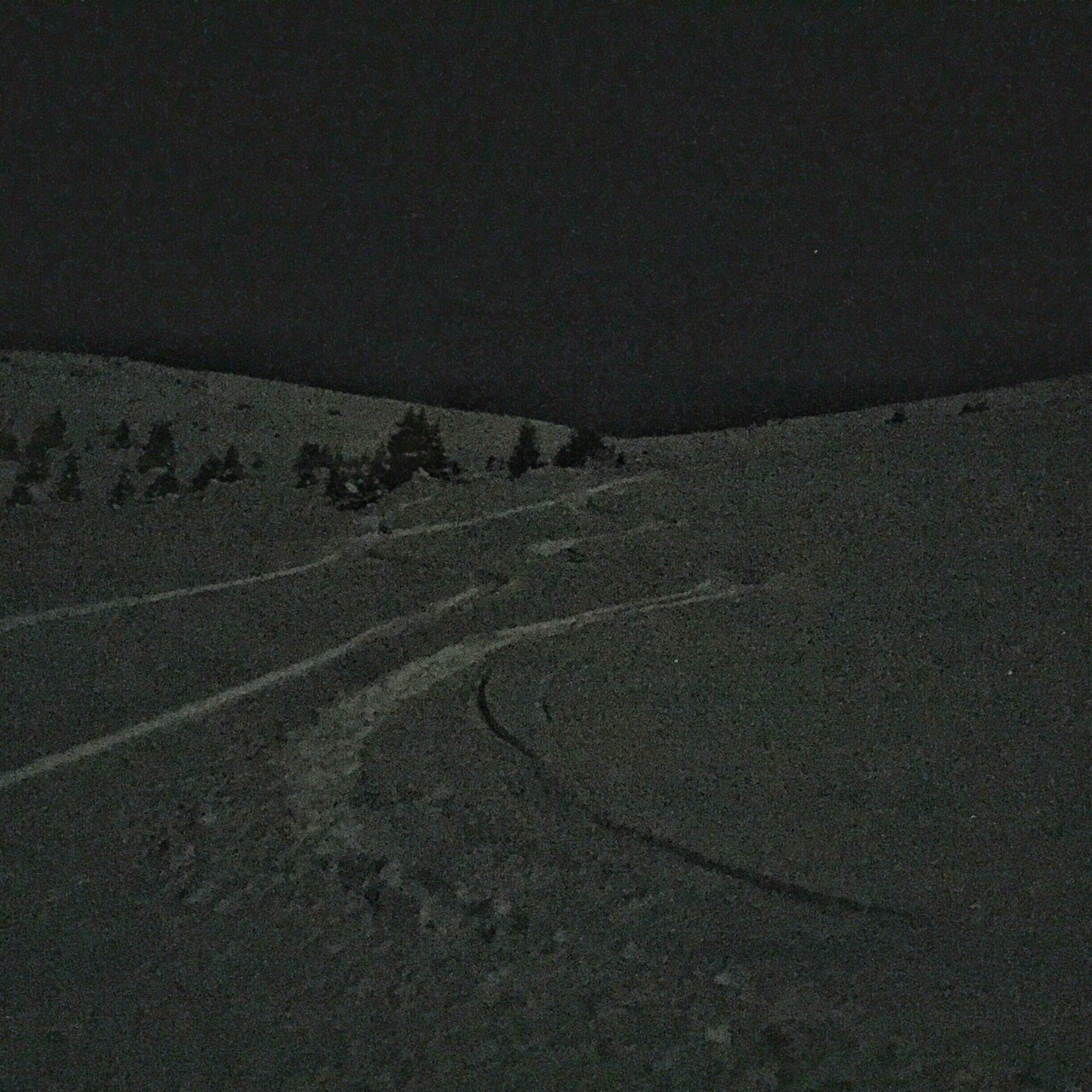 Creamy late night turns back to the trees.

Before long I was dropping down nice powder into the Crags basin and because my skin track in the woods and down the road was nice and frozen, I cruised with ease back to the road and my vehicle parked 2 miles below Crags Campground. Peak #32 was tons of fun, and done in brilliant Full moon style. It was one of the more exhilarating skis of a peak that I have done given the situation.

It was on to Antero next!