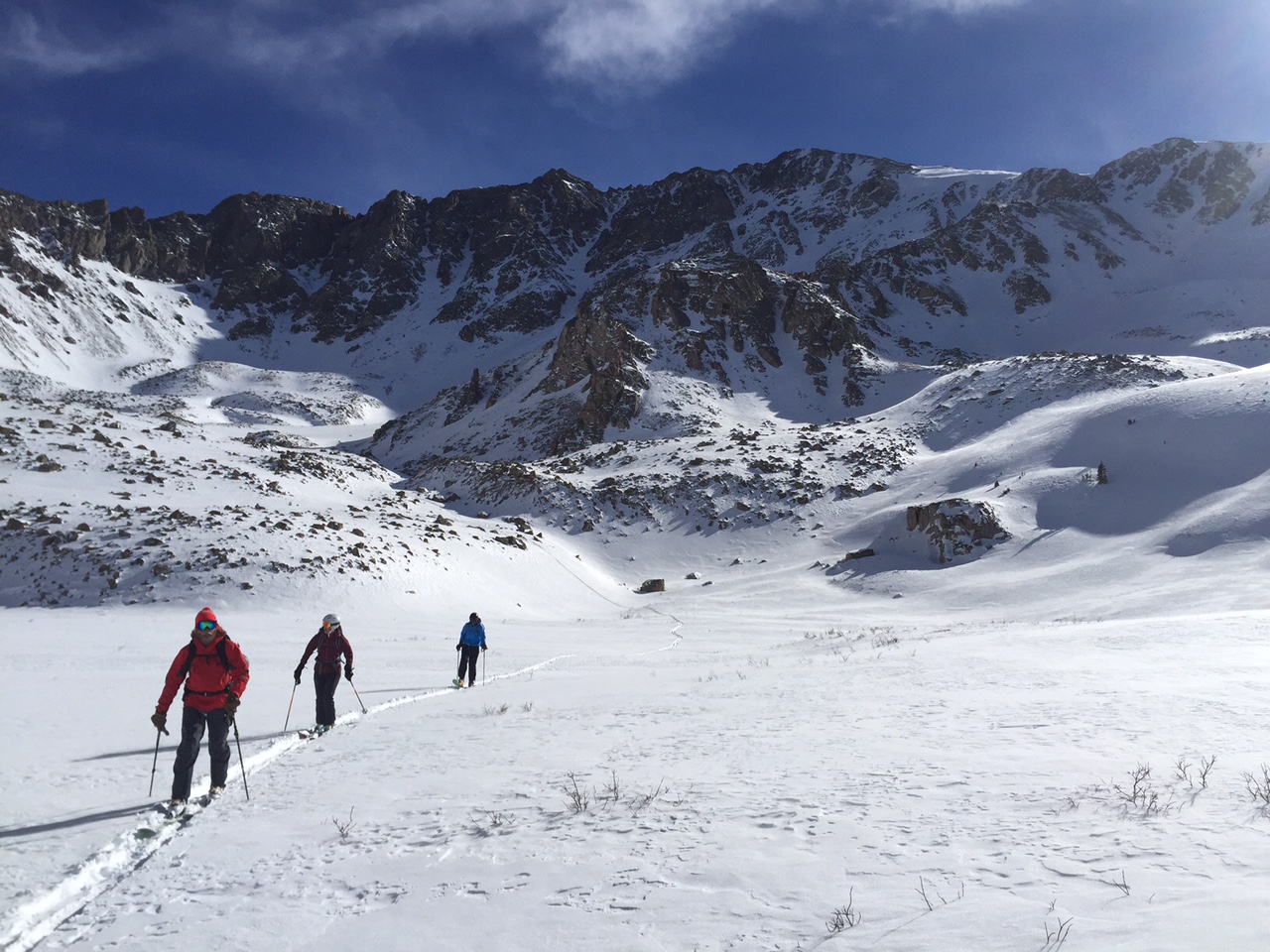 Looking at the North Face after skiing down it.

Ski Route:  NW ridge to SW ridge and down the North Bowl

La Plata was a great day.  After the week I had skiing Uncompahgre, Wetterhorn, and Culebra, it was my 4th peak in 4 days and I got a much needed boost from awesome friends that came and helped break trail some of the way, as well as encourage me all day long.

The day began in the darkness at about 630, but the morning light was coming fast.  We began from Highway 82 skinning up towards the peak in the woods. 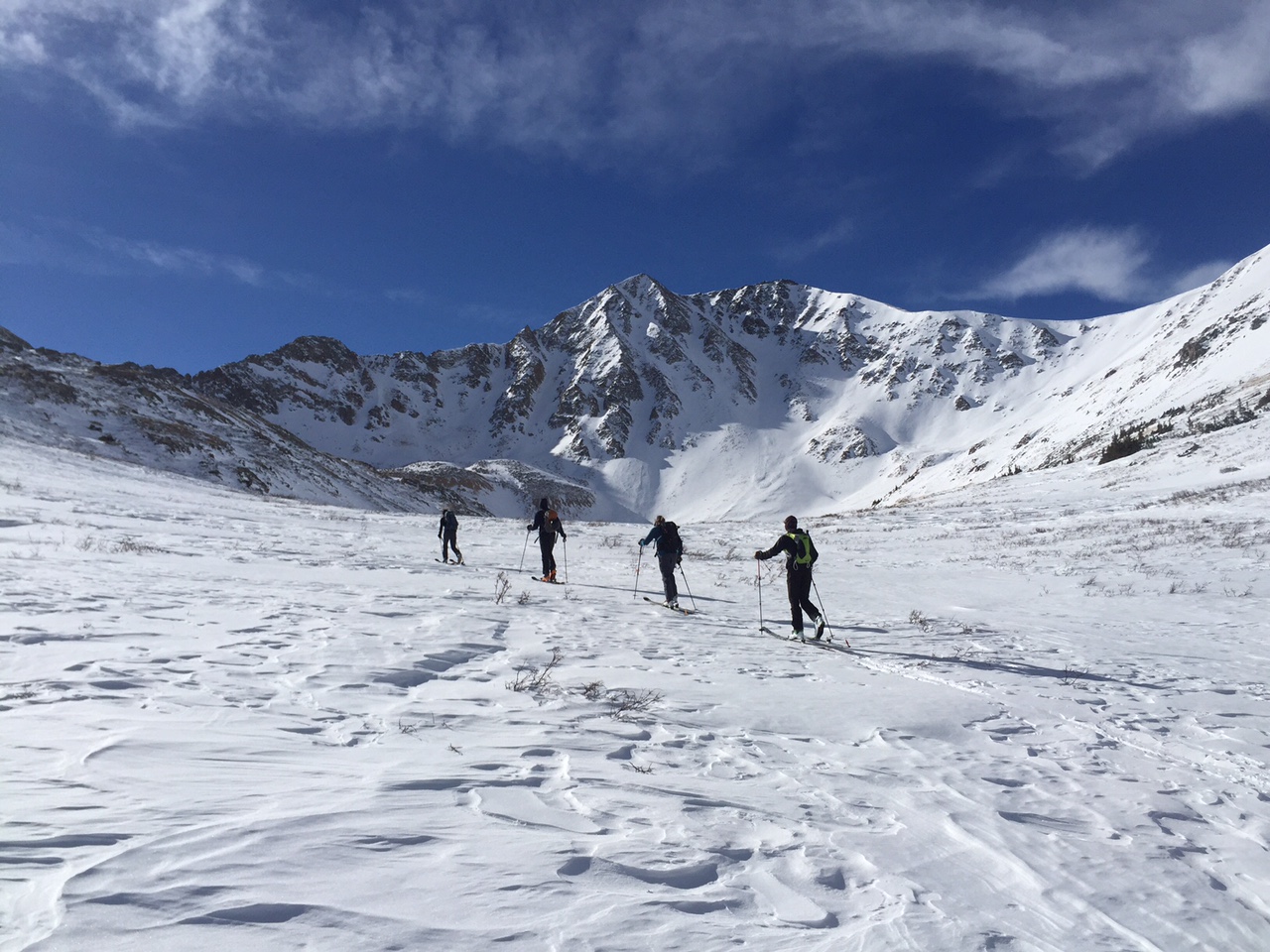 The crew moving higher in the Sayres basin en route to the southwest ridge.

The first couple of hours were tough, the snow was difficult, and the snowshoe tracks from many winter enthusiasts made many wrong turns.  We opted to make our own tracks into the basin that headed south towards Sayre’s peak, a bicentennial 13er. 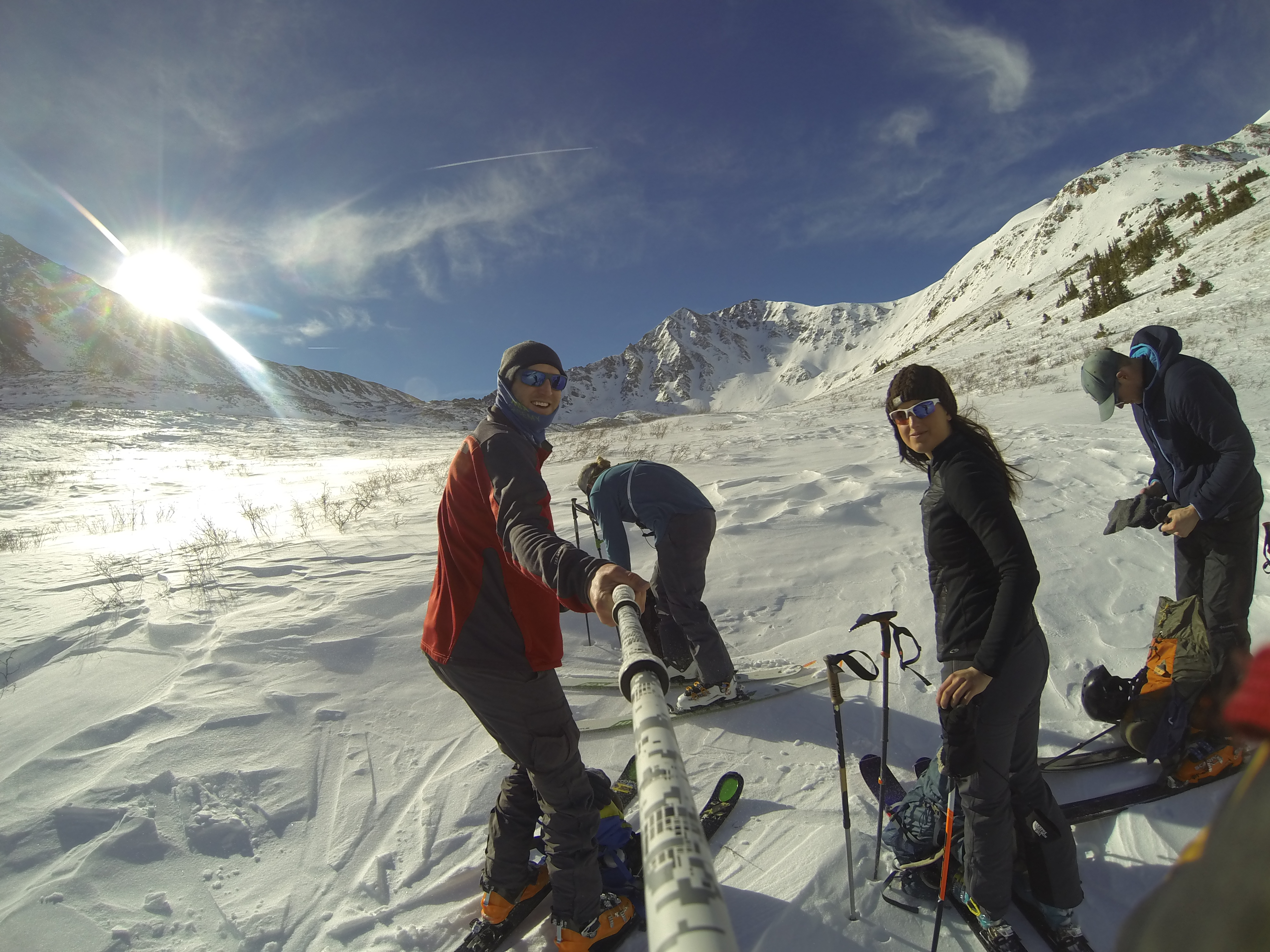 Taking a break below Sayres.

Eventually the sun came out and we took a break in the basin before circling around to the southwest ridge of La Plata. 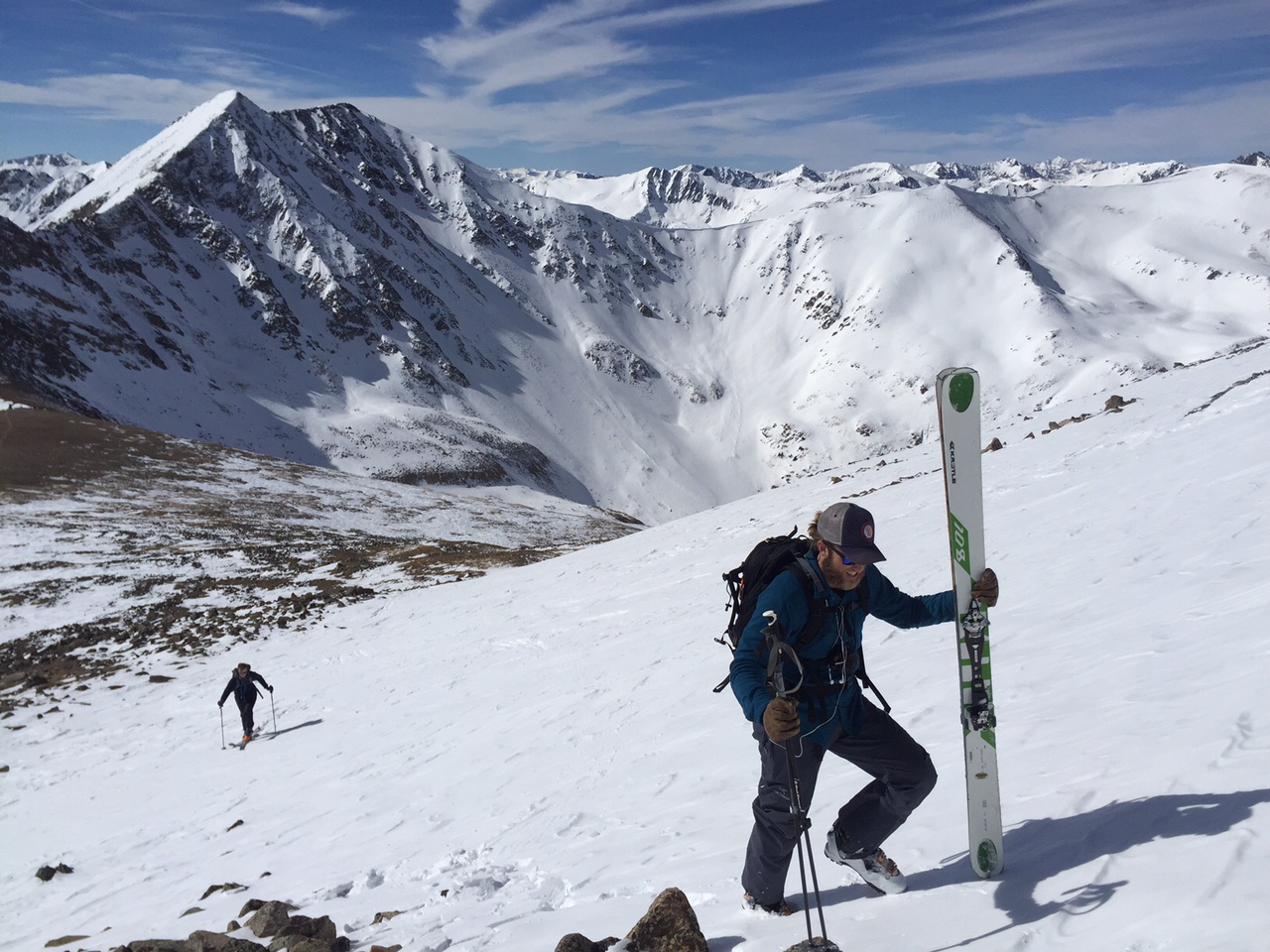 Scott and Torrey on the short booter section to gain the southwest ridge.

We chose the scenic route so that we could skin most of the way. 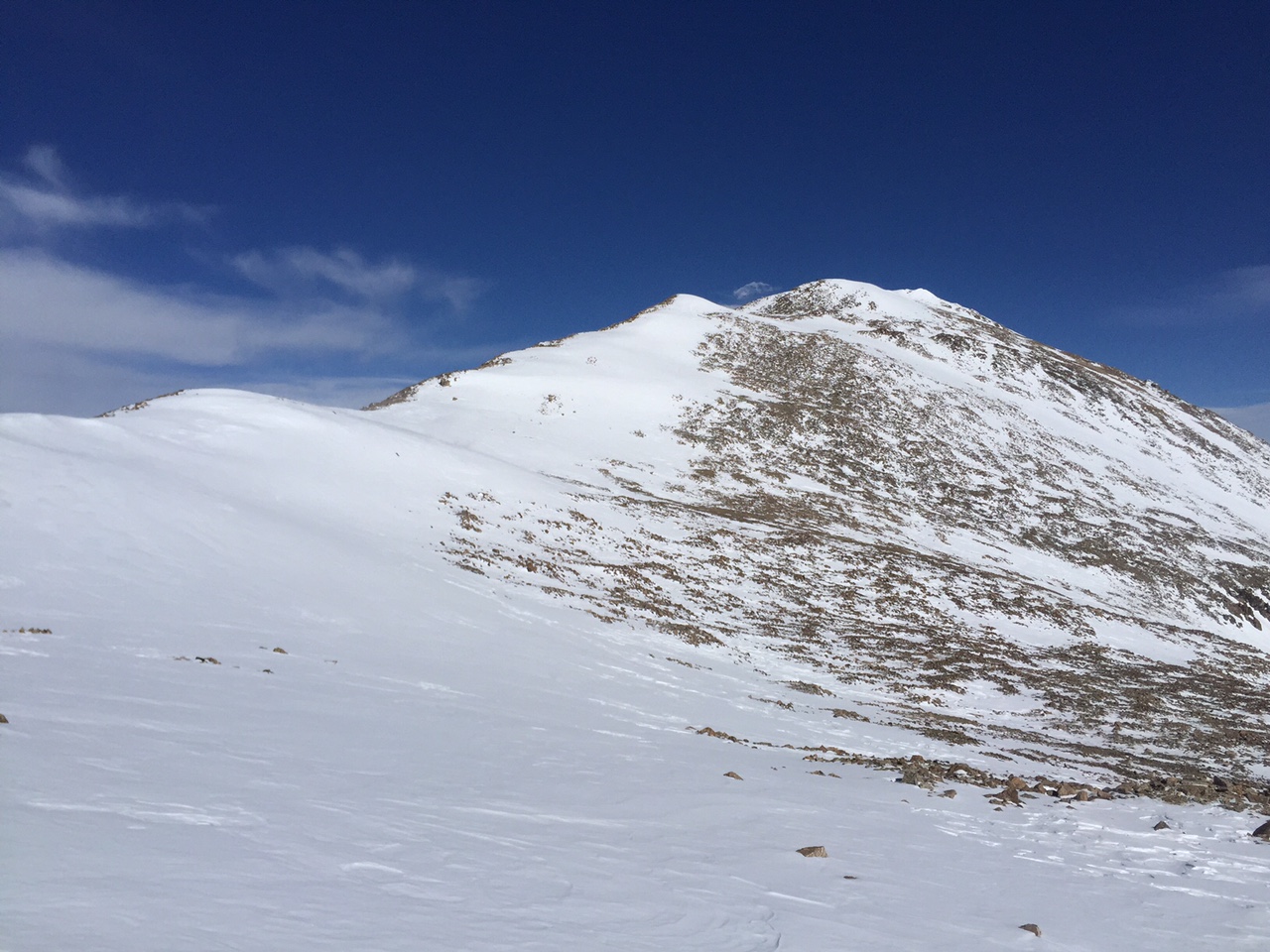 La Plata’s southwest ridge is scenic, and very high, leading to Colorado’s 5th highest summit. I’ve skied La Plata twice before, but it was fun to climb and ski from this route.  The mid-day winds were a bit brutal, but we made the most of the sunshine, everyone topping out a bit after noon. 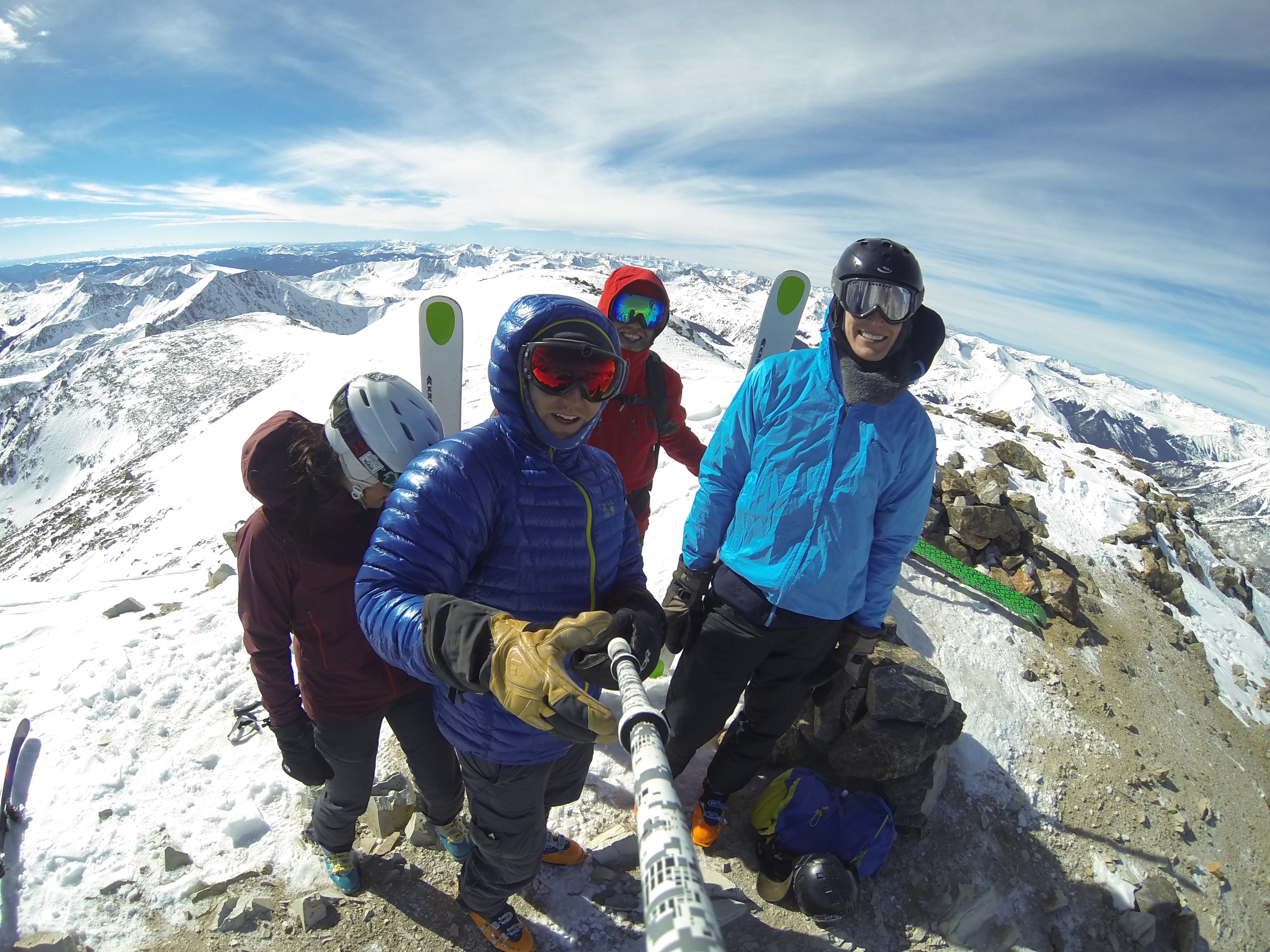 The crew on the summit.

After some snacks, photos and enjoyment on the summit, it was time to ski.  We skied down the northwest ridge for about 400 feet to gain access to the North Bowl.  One at a time we dropped in, check out the POV below.

With stable snow conditions we skied a couple thousand feet down into the bowl and then headed north and back down some tricky trees to eventually find ourselves back at the trailhead. 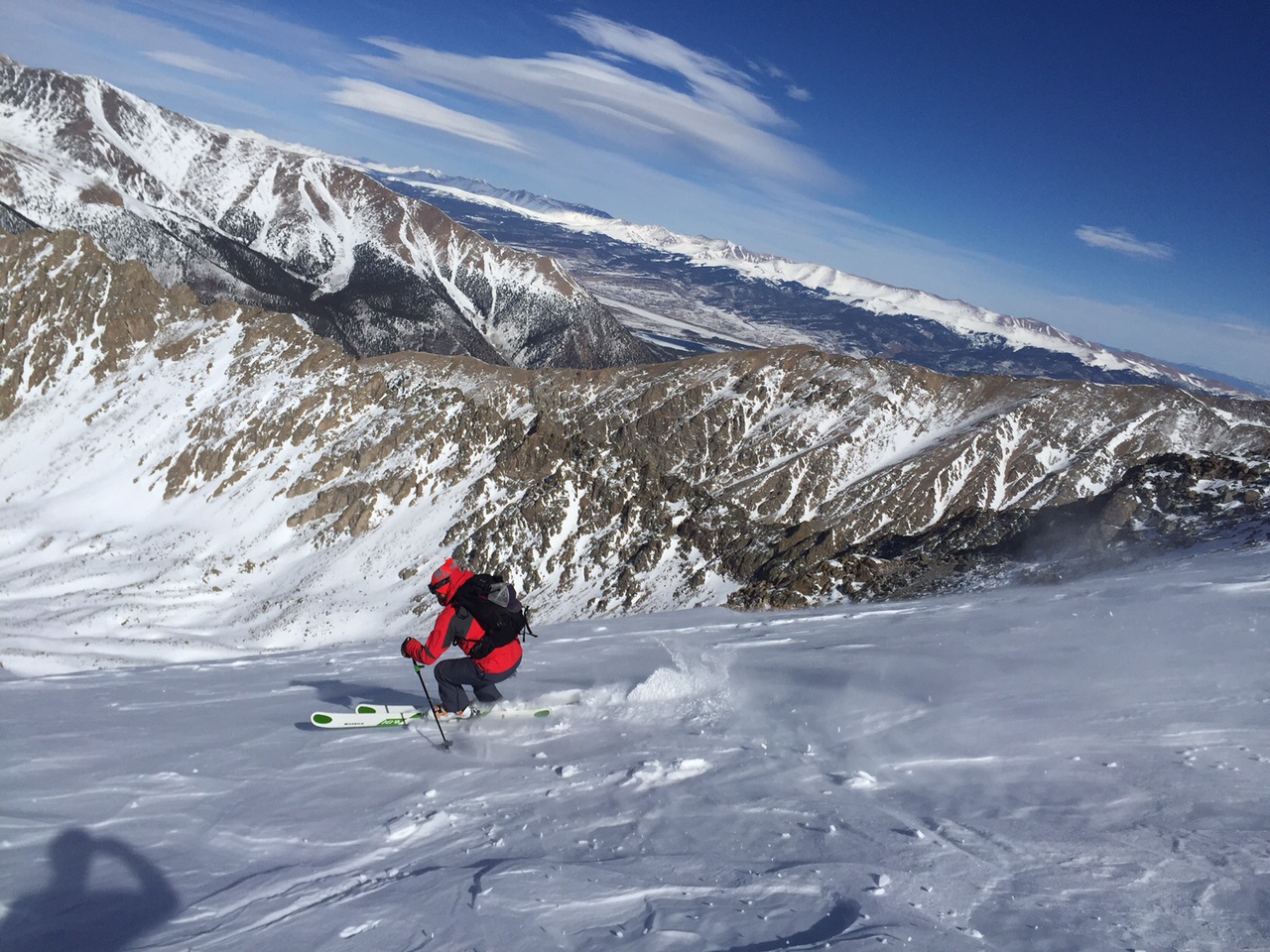 Scott carving at 14,000′ with Ellingwood Ridge in the backdrop.

La Plata was a fun day to wrap up a great week of skiing the 14ers! So very grateful for Scott, Torrey, Anna, and Chris for pushing me on this one.

See you on the next peak!