Click here for Live SPOT updates on the Peaks! 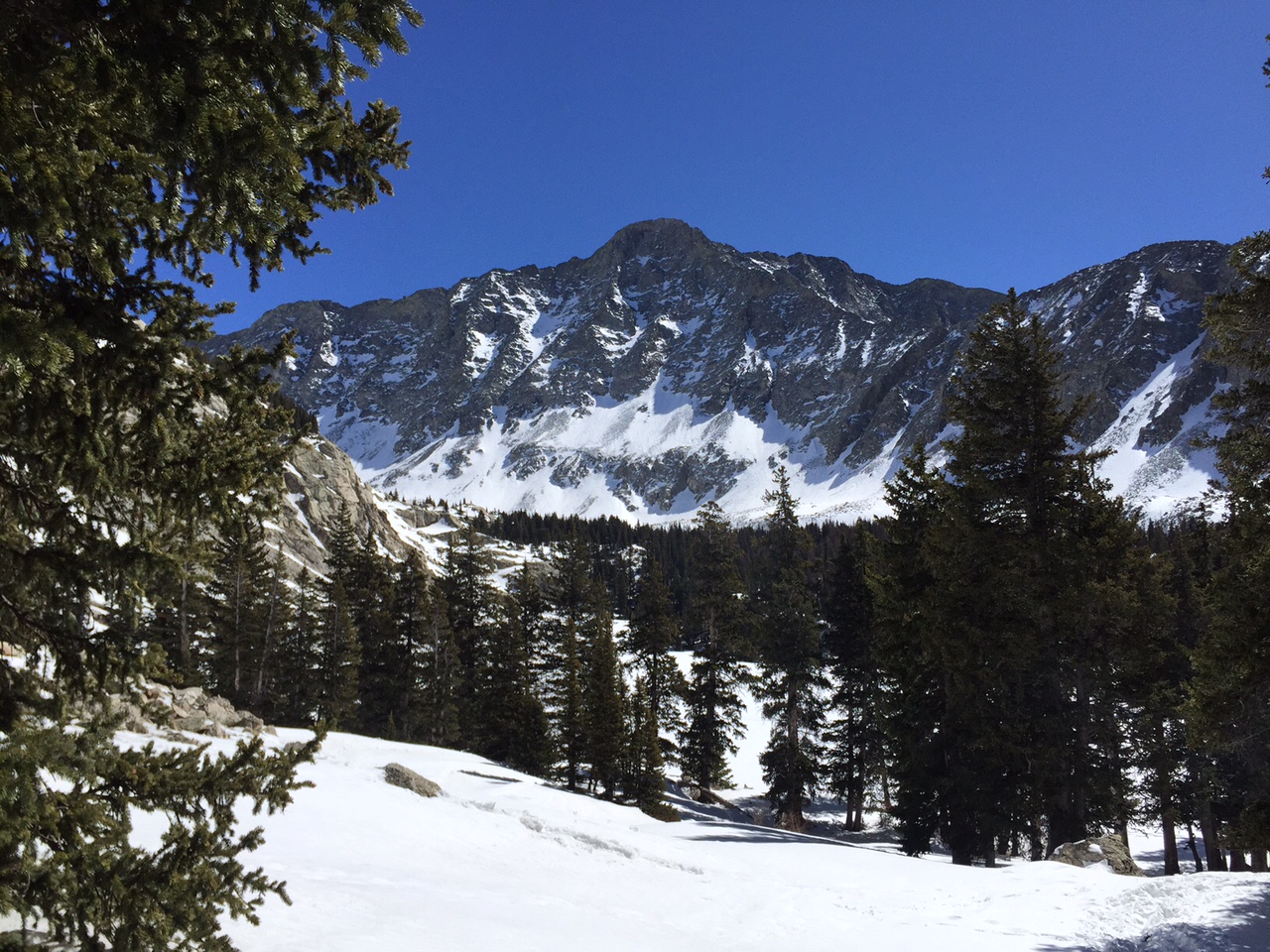 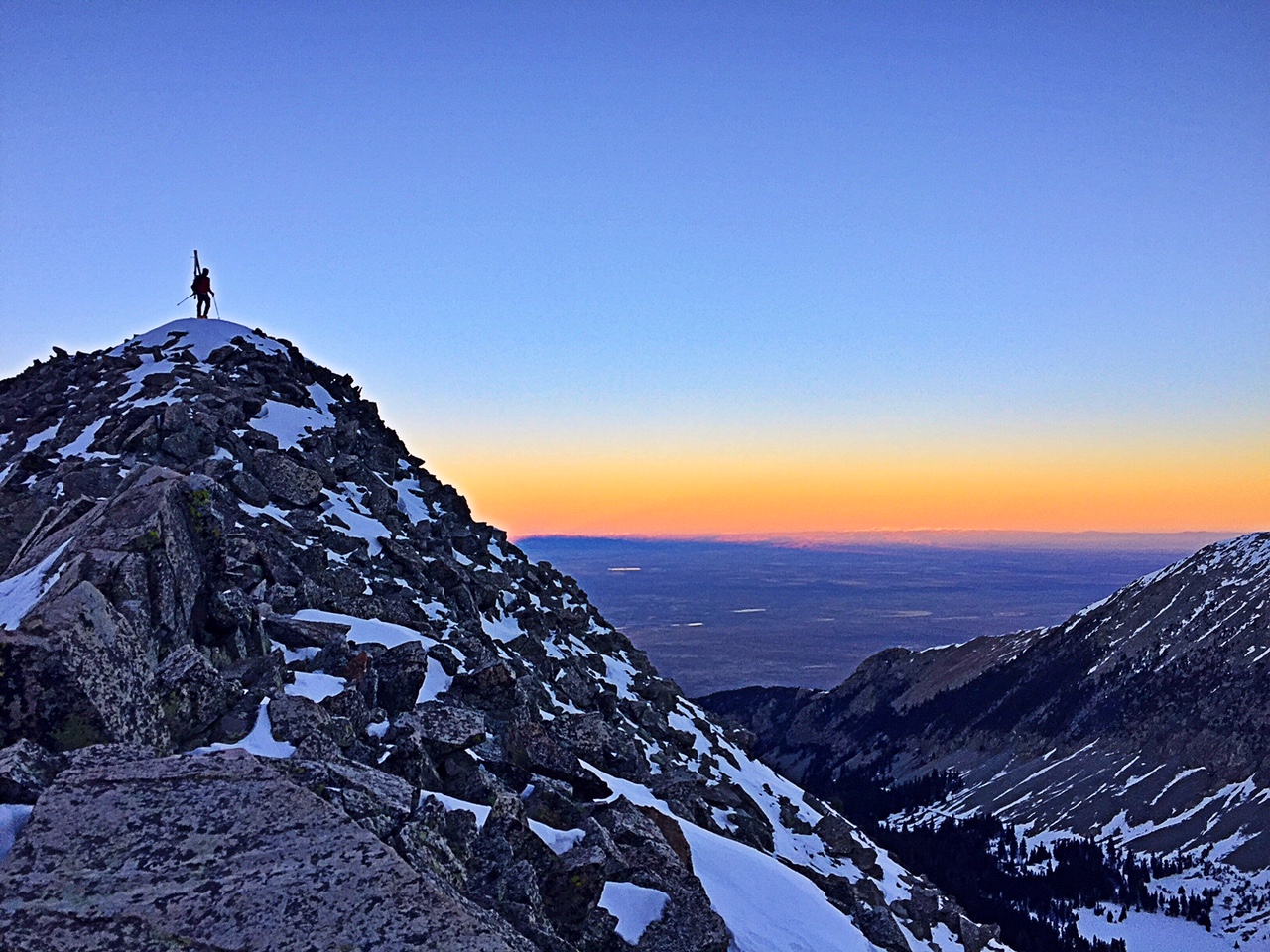 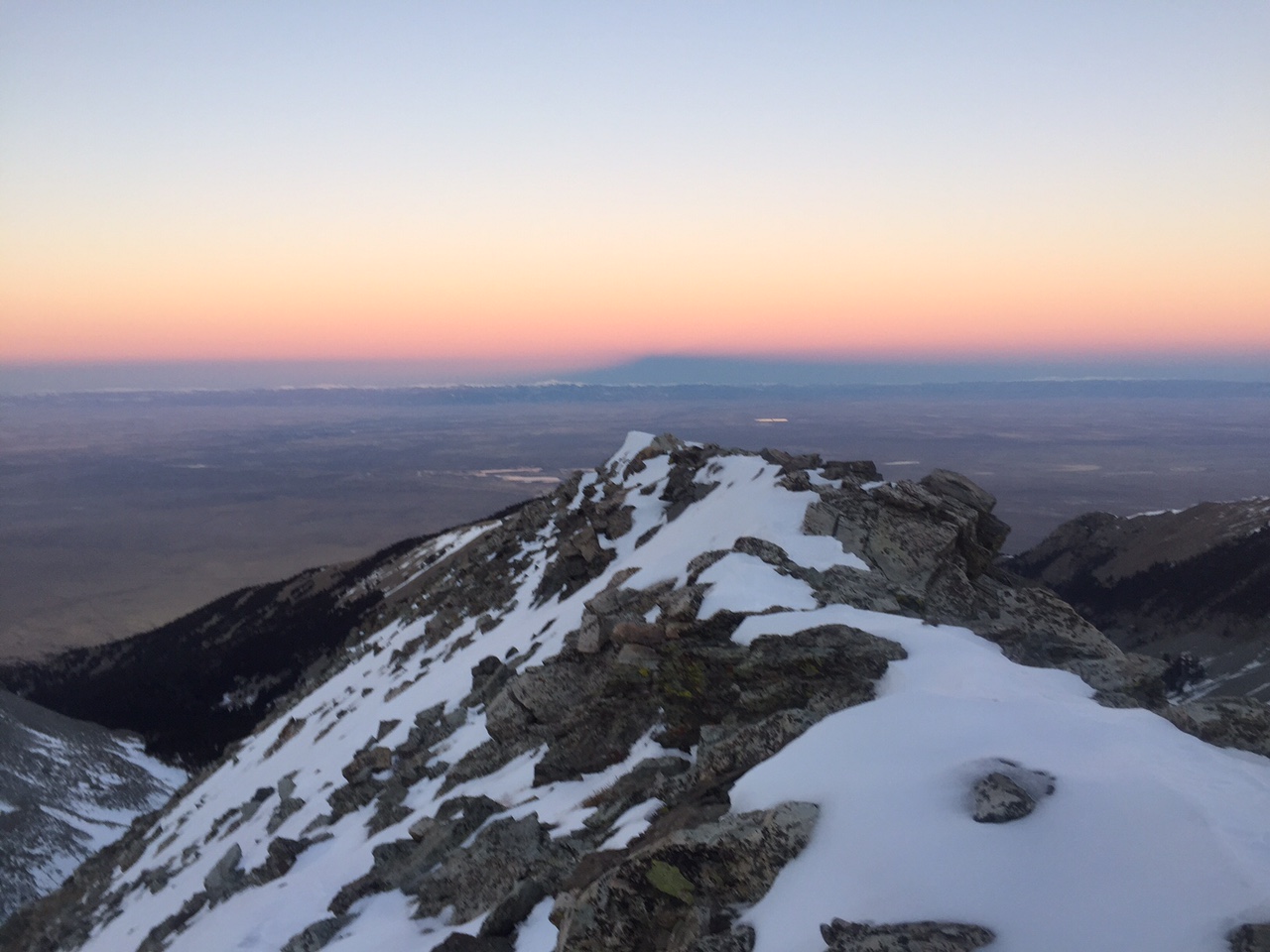 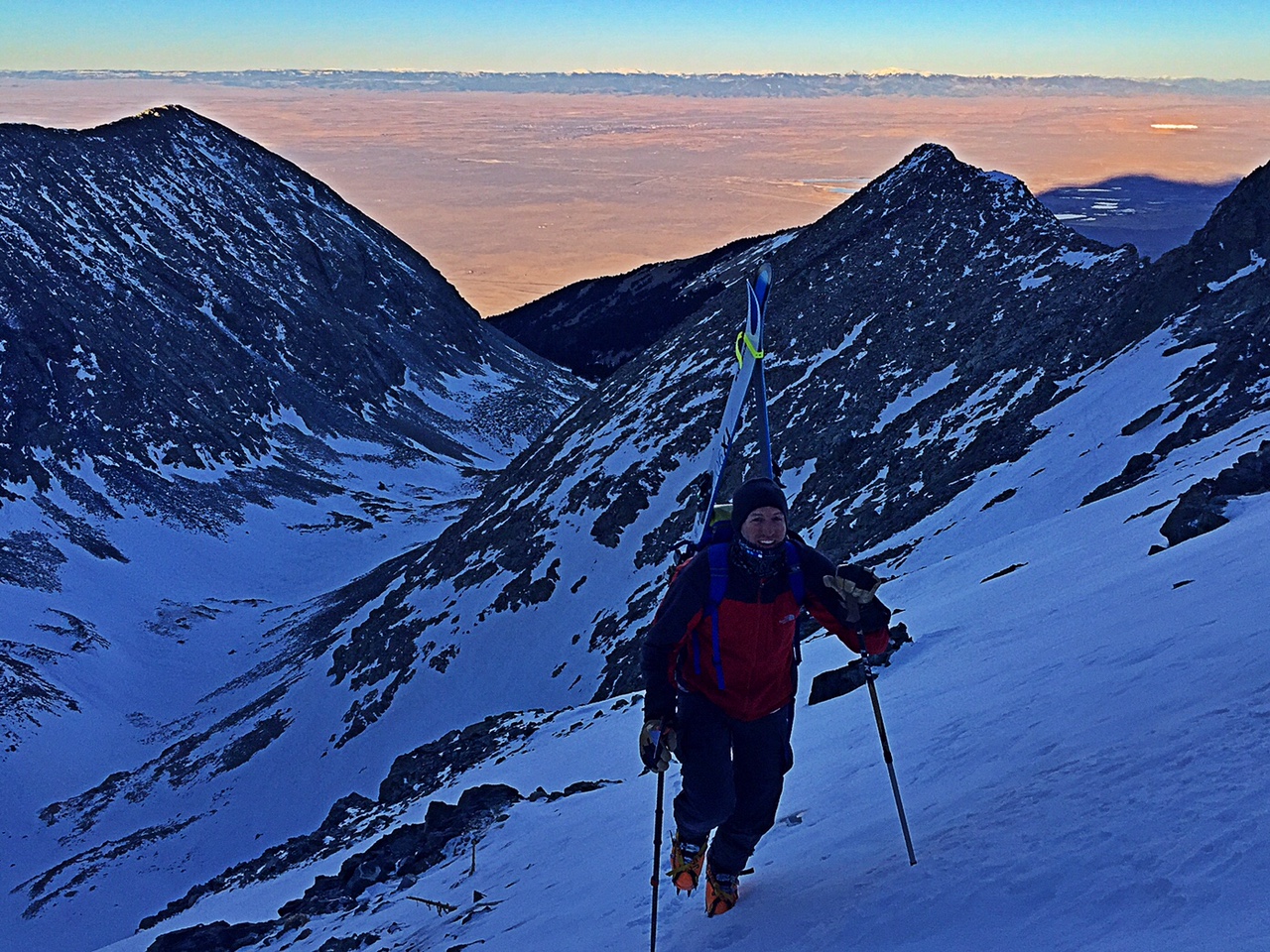 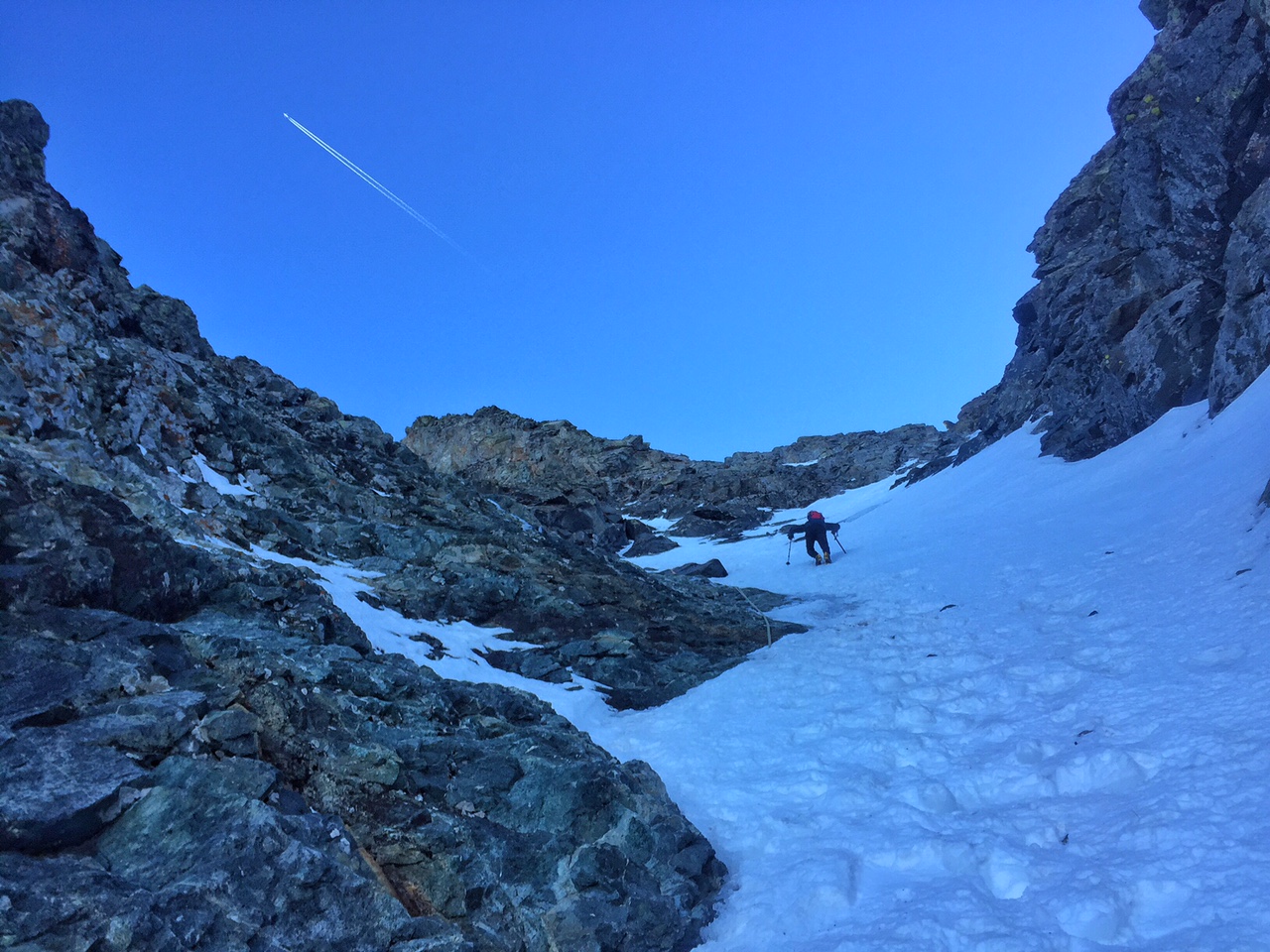 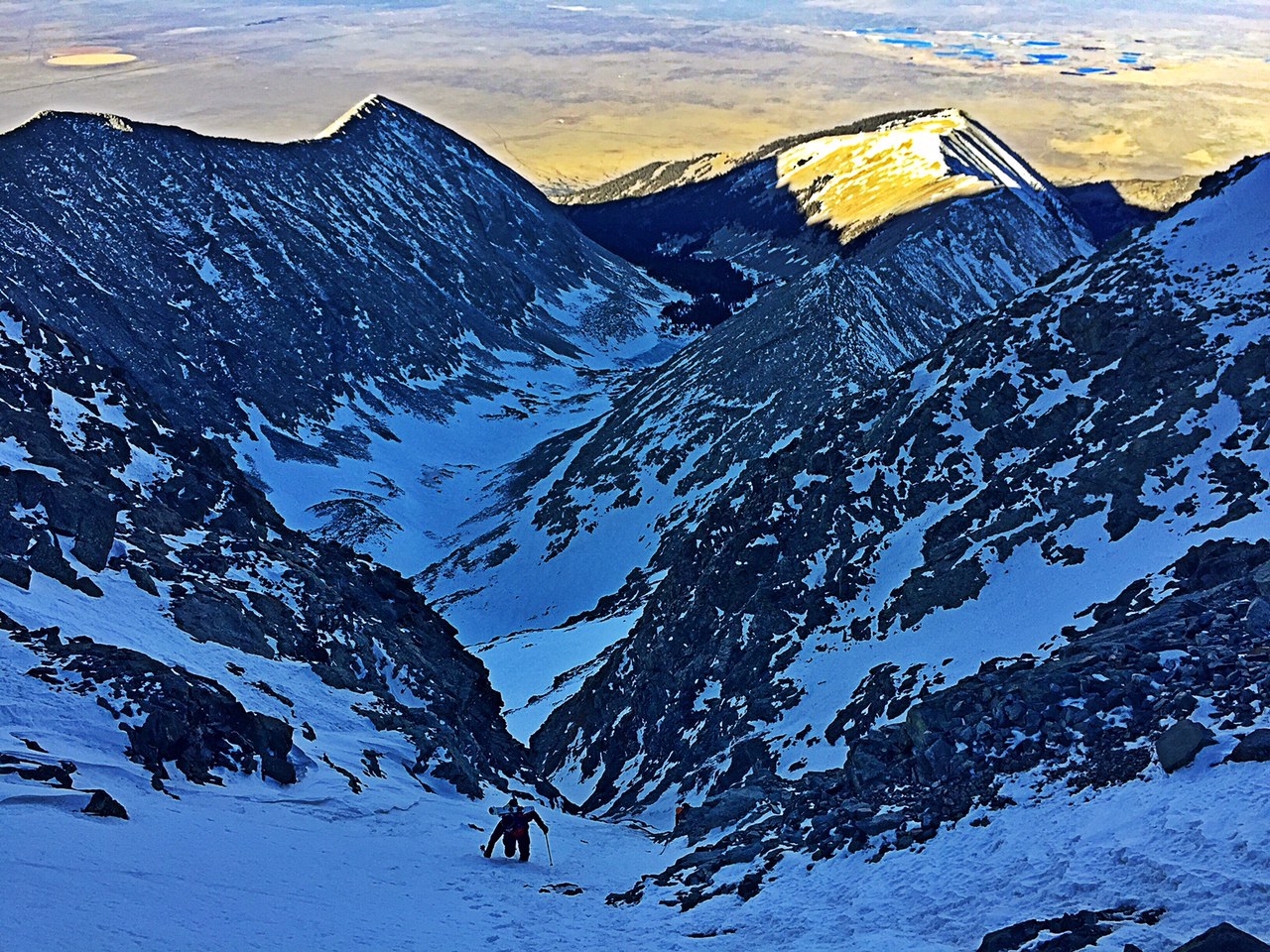 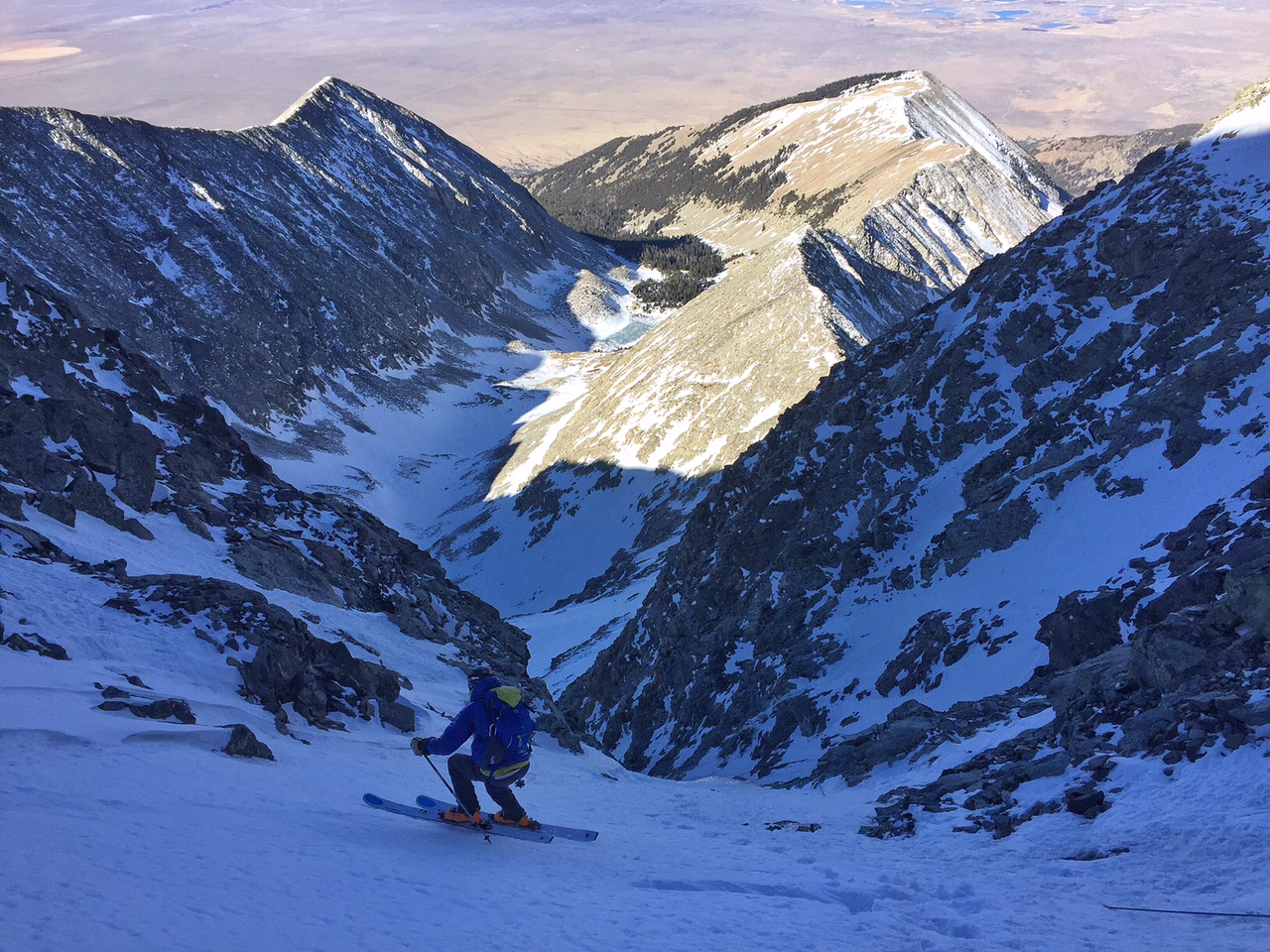 Descending down the rest of the slope I couldn’t believe I was ok. I was so lucky not to have hit anything. That was the wildest craziest ride I’ve ever taken, basically all the way down the Hourglass for about 400 feet. Once on the ridge I took stock of the situation in the morning sun as we waited on Torrey to come down the couloir himself.   I had a couple of abrasive cuts on my elbows and knees, but otherwise I was completely unharmed. Descending the rest of the mountain, I felt like I wasn’t ready to try and go up to Ellingwood and Blanca just yet. 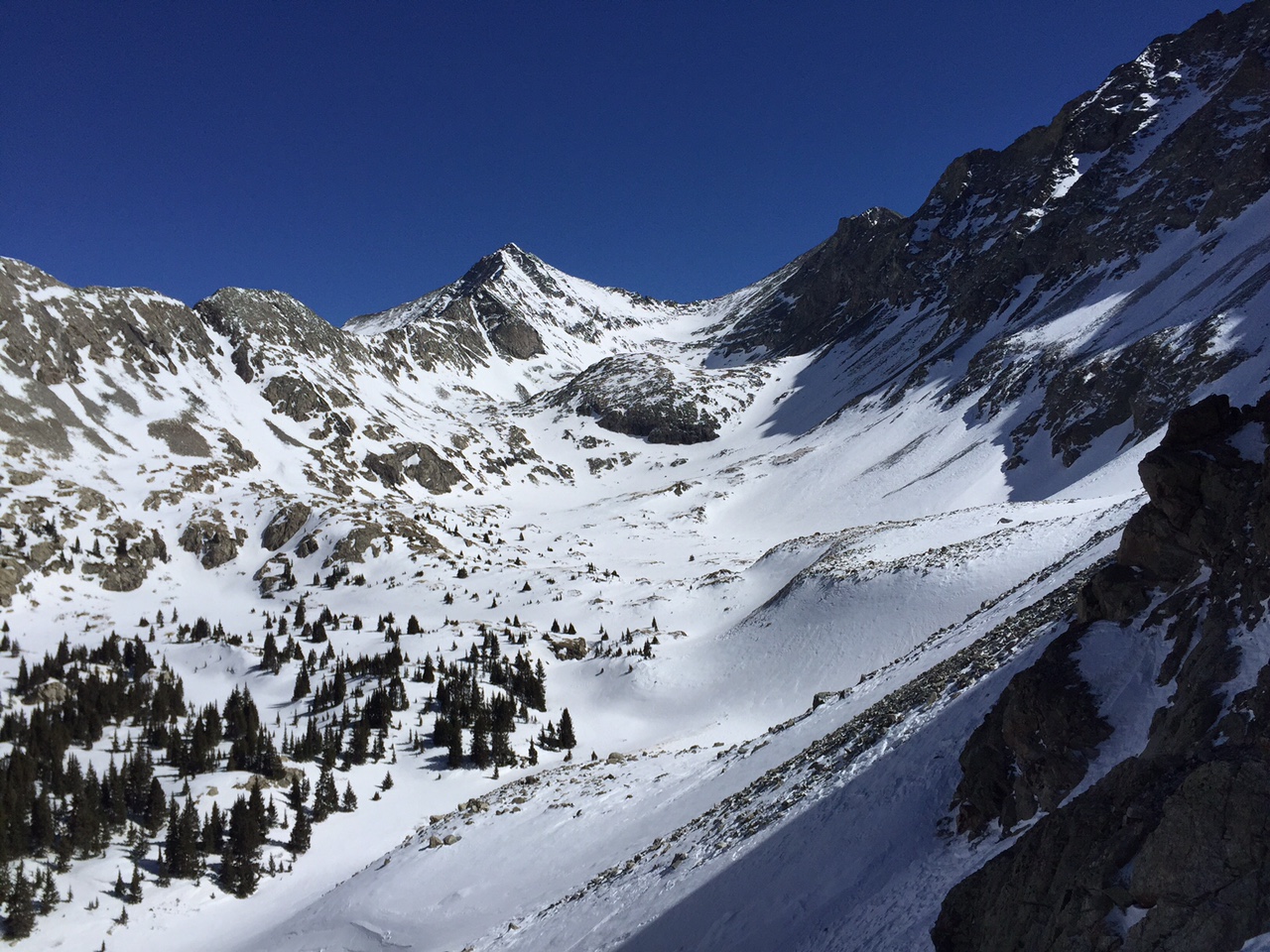 We headed back down to the trailhead and eventually into Alamosa. As I skied down the Como road before having to transition to my hiking boots I kept replaying what happened in my head.  I was on such an adrenaline rush that I still felt strange that it all happened. Then I actually went to the clinic and got checked out. Nothing broken and nothing but a few stiches in my right elbow. A little sore at the moment for one hell of a tumble, but It wasn’t time to quit on this project now – I would come back for Blanca and Ellingwood soon enough to wrap up these peaks. 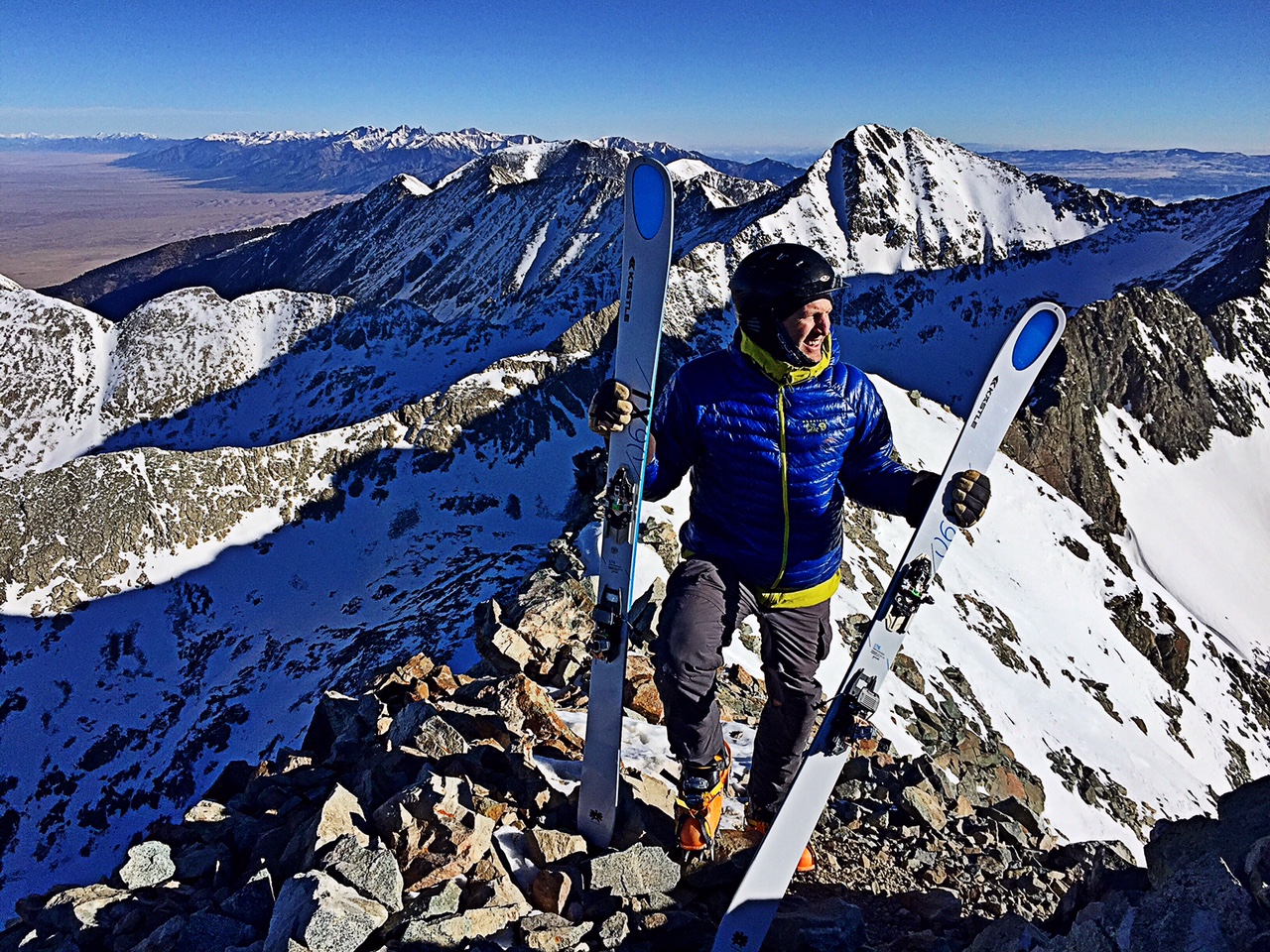 Starting March and Continuing the Project

With the two toughest months of winter behind us now, it’s been great to stop and reflect on my great start in this endeavor.   So far, I am thankful for relatively good snow, safe conditions, and successful summits and ski descents.

I made it through January and February with a nice start to skiing 10 peaks.  A few of the days were very windy, and I just had to put my head down and go, while several of the days there were perfect winter conditions and almost no wind.  As a whole I have enjoyed skiing these peaks immensely, and of course revisiting 14ers that I have a huge history with, to say the least.

As the days get longer, the snow conditions will settle, and I can pick up my pace a bit through March.  Today is March 2nd, and at this time I am 2 peaks ahead of Chris Davenport’s pace.  On March 2nd he had skied his 8th 14er on this date 10 years ago today.  I am definitely inspired by his feat, and I am going to do the best I can to ski as many peaks as I can as we move towards the spring here on these mighty Colorado 14ers.

Moving forward, there will be blog updates as I continue this project, so please follow along and enjoy the adventure.   Also, on the “Skiing the 14ers” menu bar, past trips and the first peaks skied so far will be updated with posts, so that the adventure and stories are shared.

See you on the next ski descent!