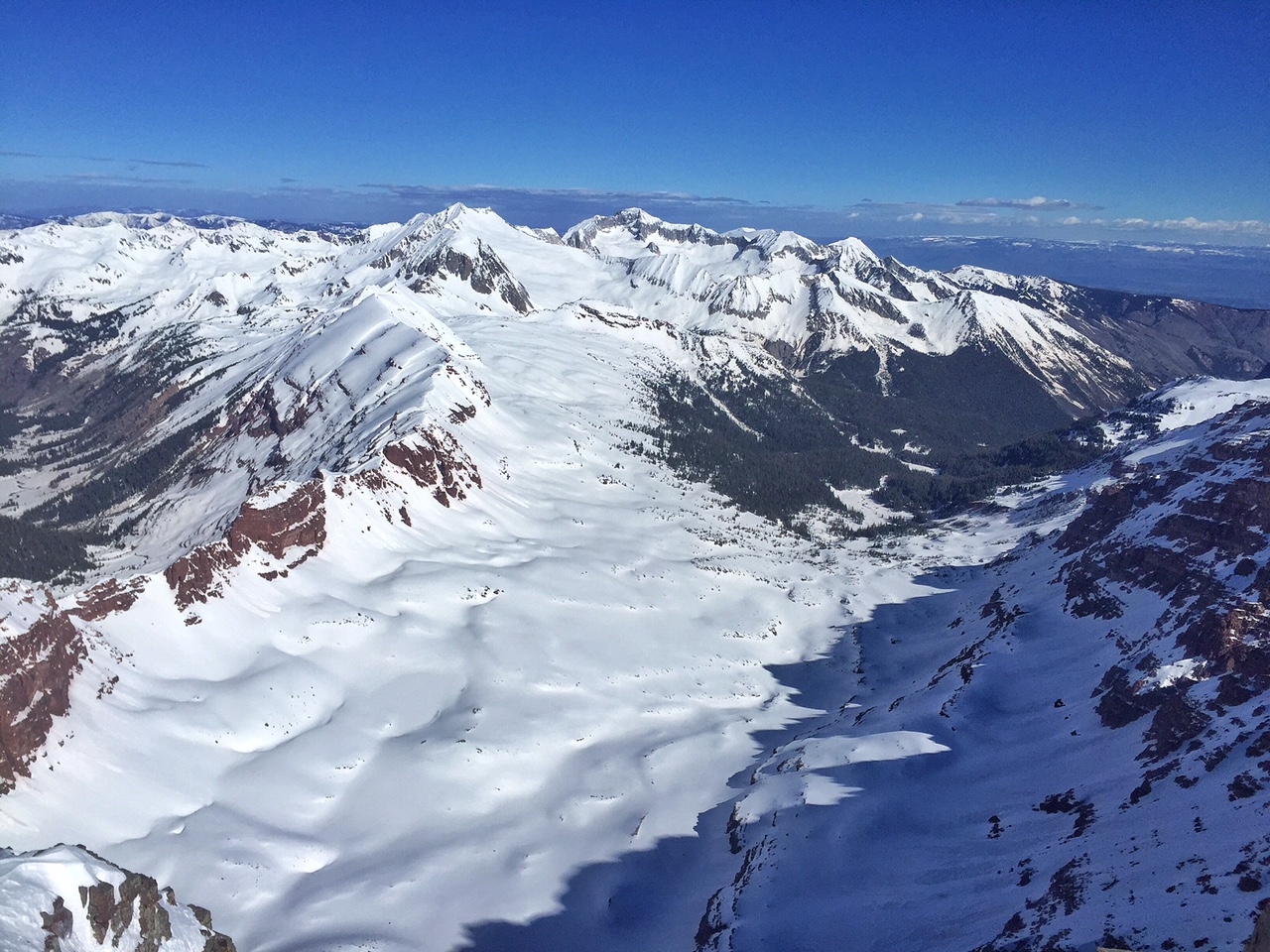 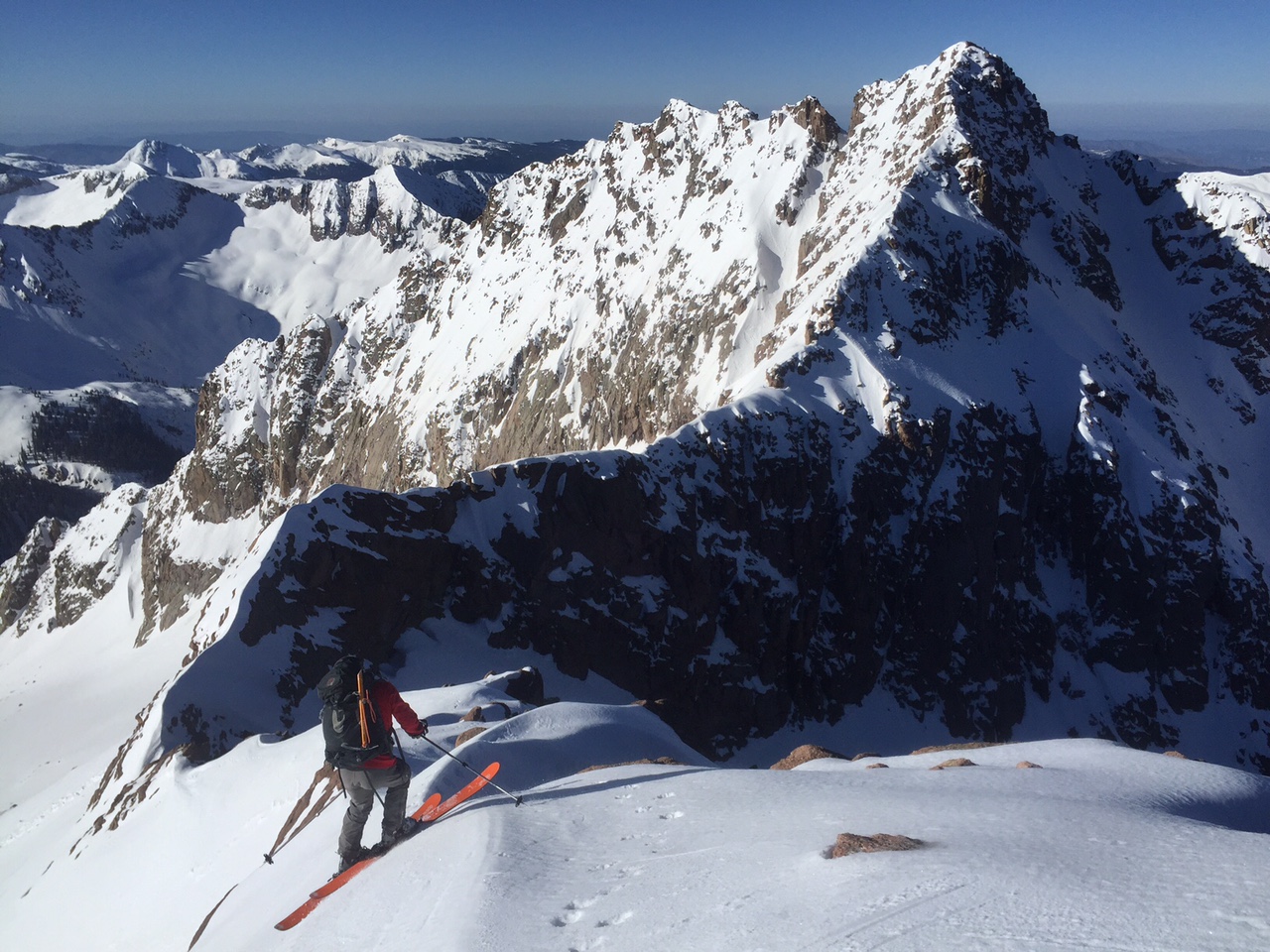 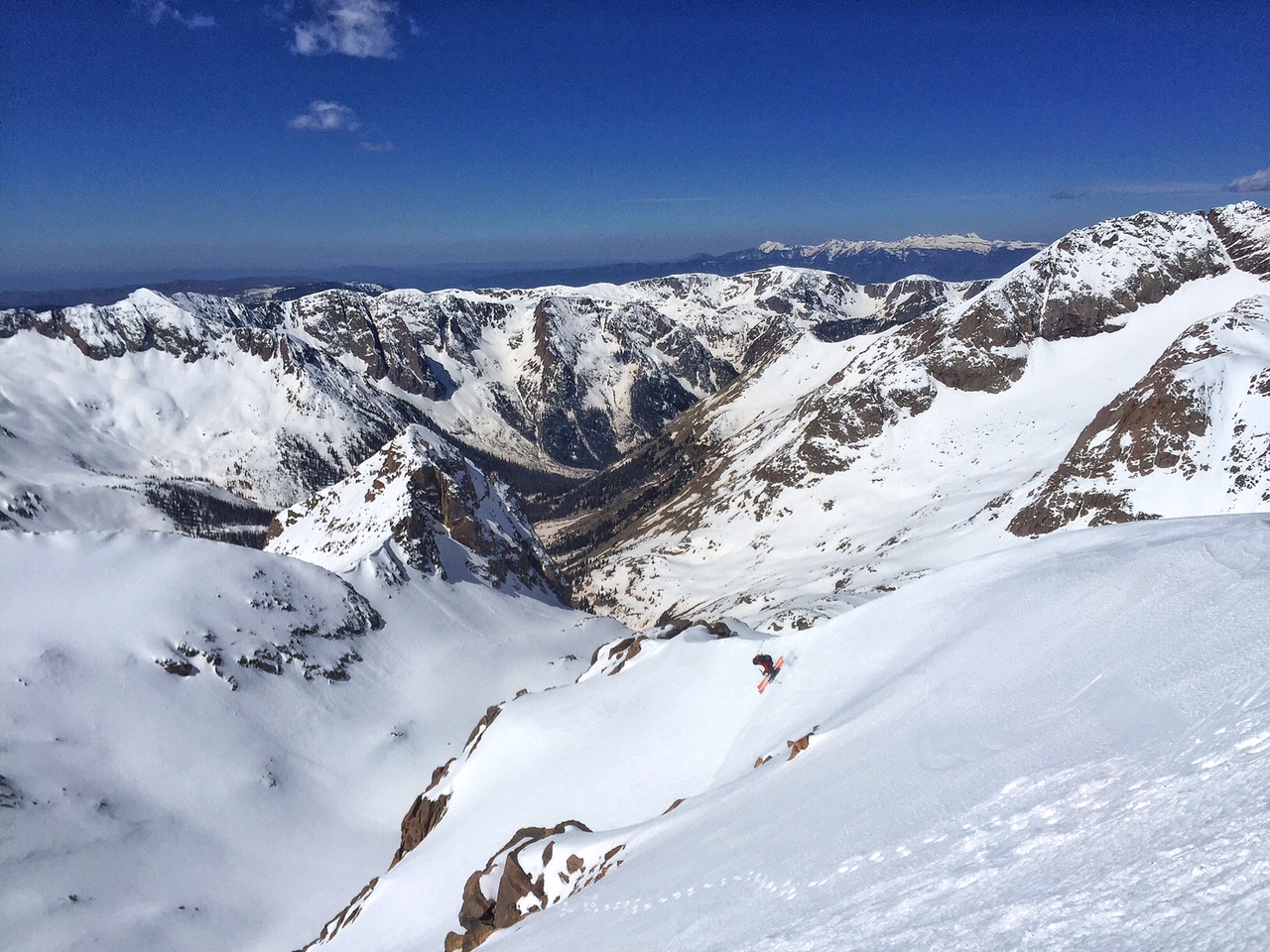 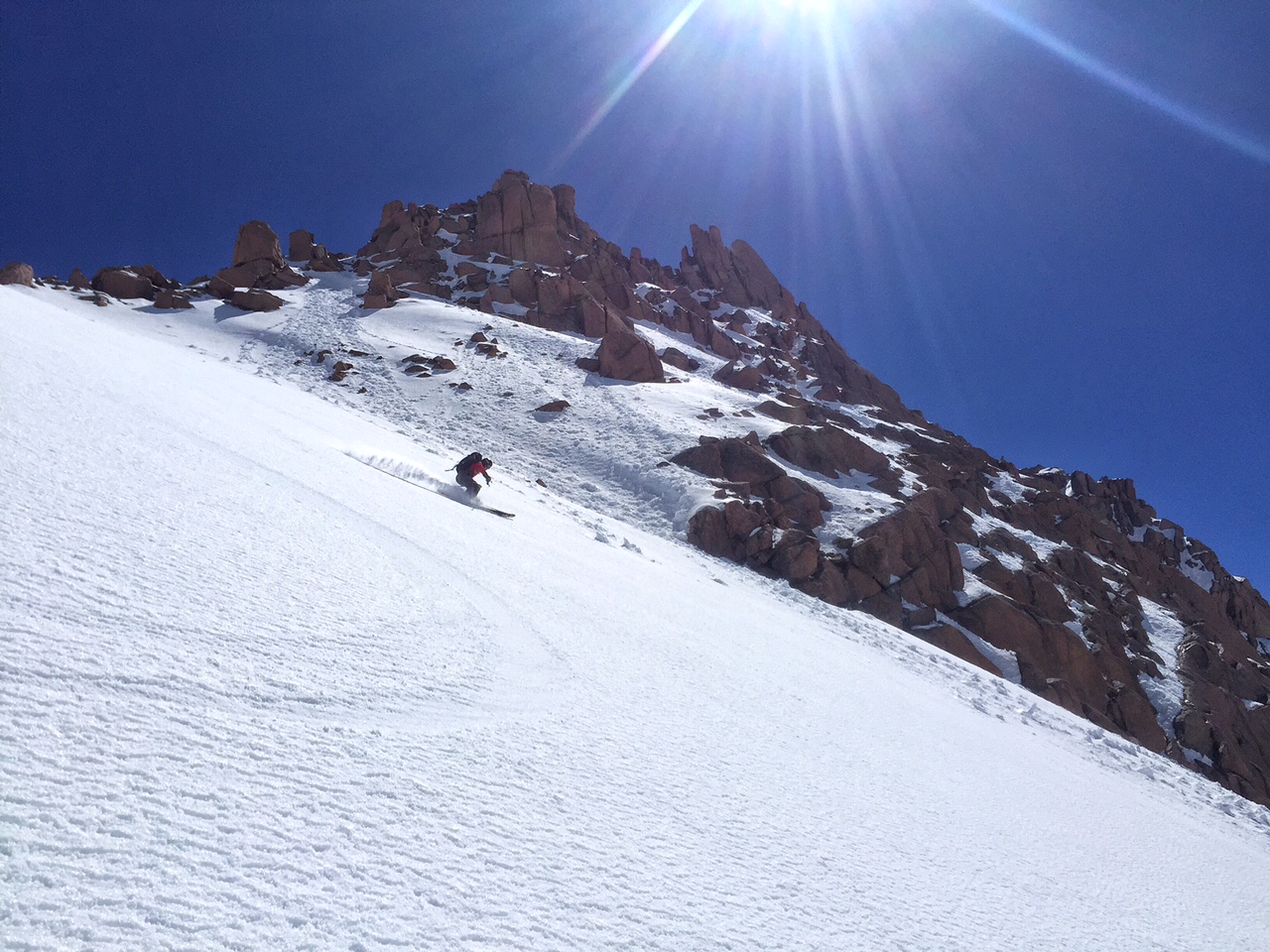 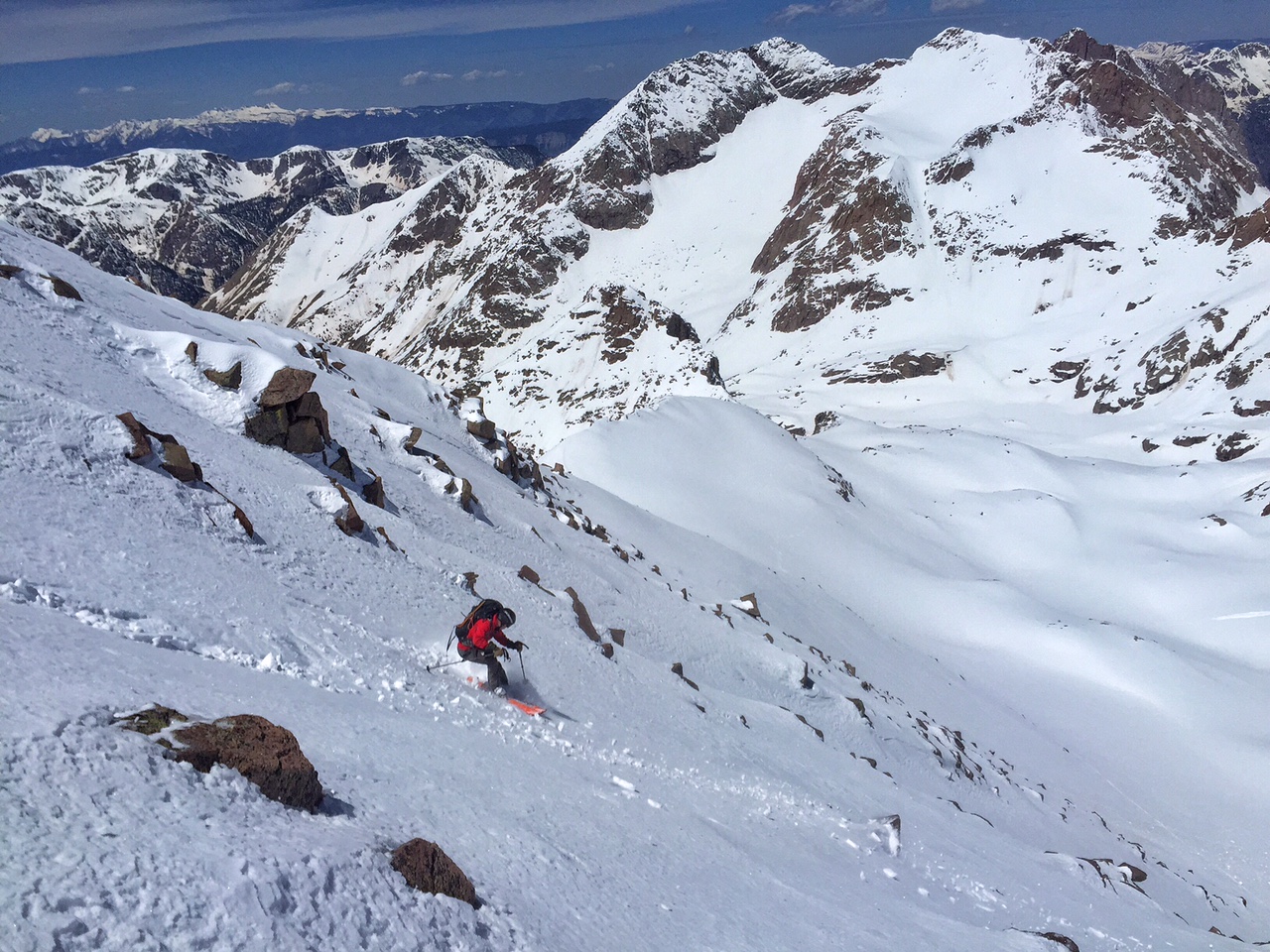 Mt. Lindsey: April 13th would be my 11th 14er peak skied in 13 days in April. Mt Lindsey was an exercise in risk management. 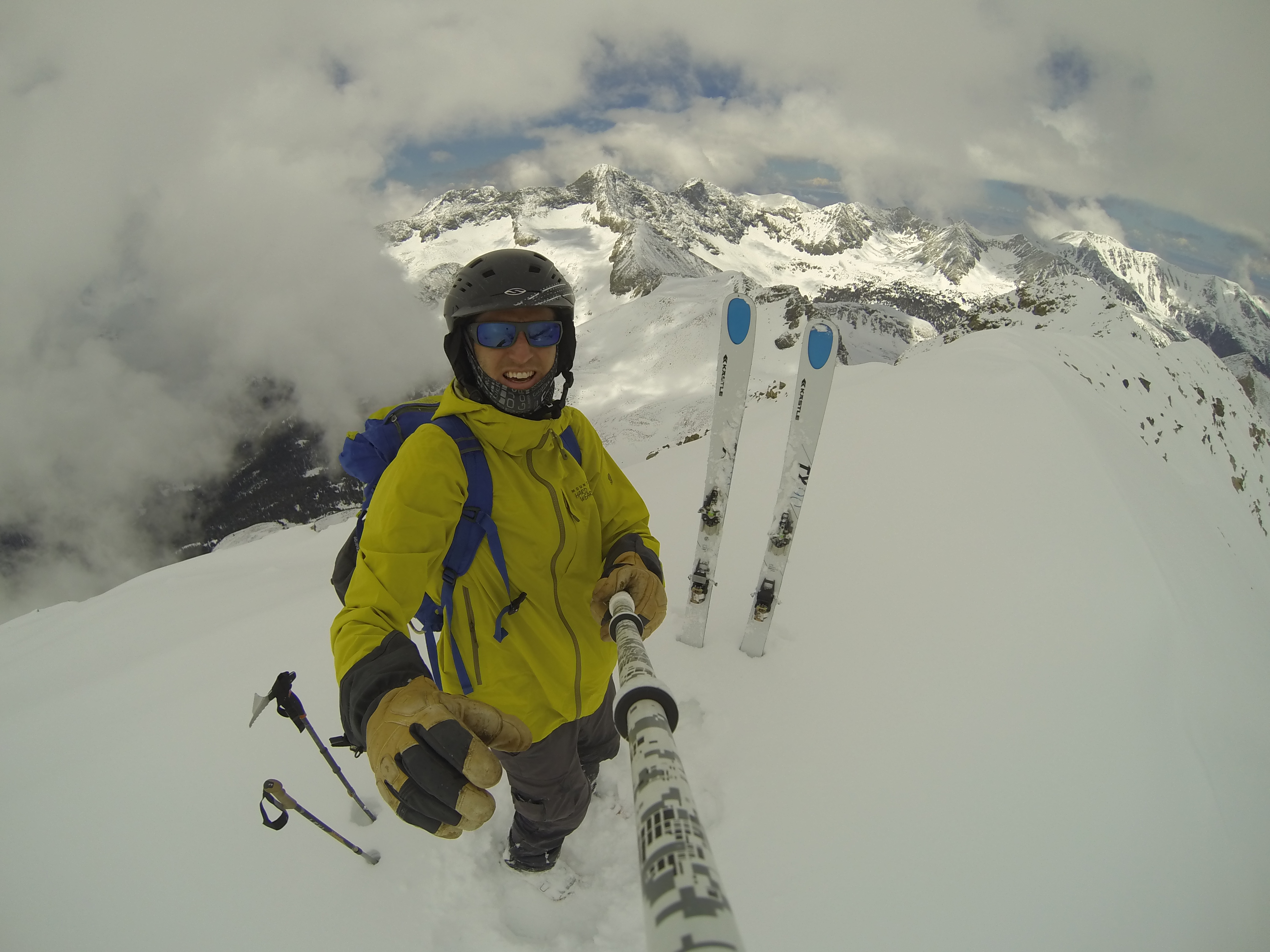 A long 23 mile day in fresh powder made for an awesome ski and some surprises around every corner.  A landslide to navigate and an avalanche.  Check out the full trip report here:

Avalanche video on the ski descent is below.

After the storms this weekend I will get back out there to keep things going so that I will be ready for prime time in May and the home stretch.

MOUNTAINS IN ALL DIRECTIONS! A Four Peak Slam. 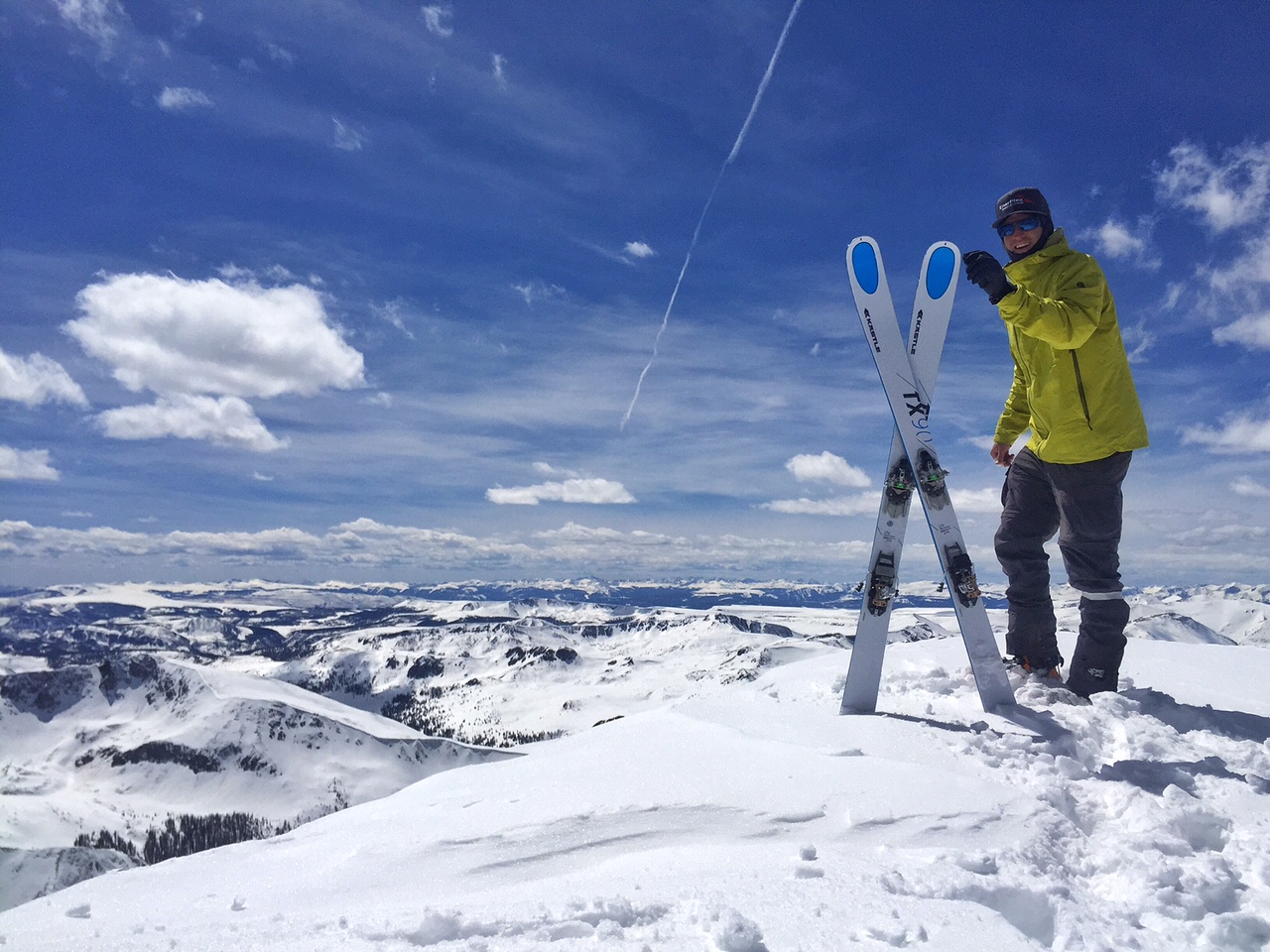 I seized on incredible weather for the weekend and did a ‘Triple Feat’ on Sunday, up and over Sunshine from the Mill Creek Trailhead, skied to Redcloud, dropped down to the Grizzly Gulch Trailhead and then did an out and back to Handies, returning down to Mill Creek by way of the Cinnamon Pass road. 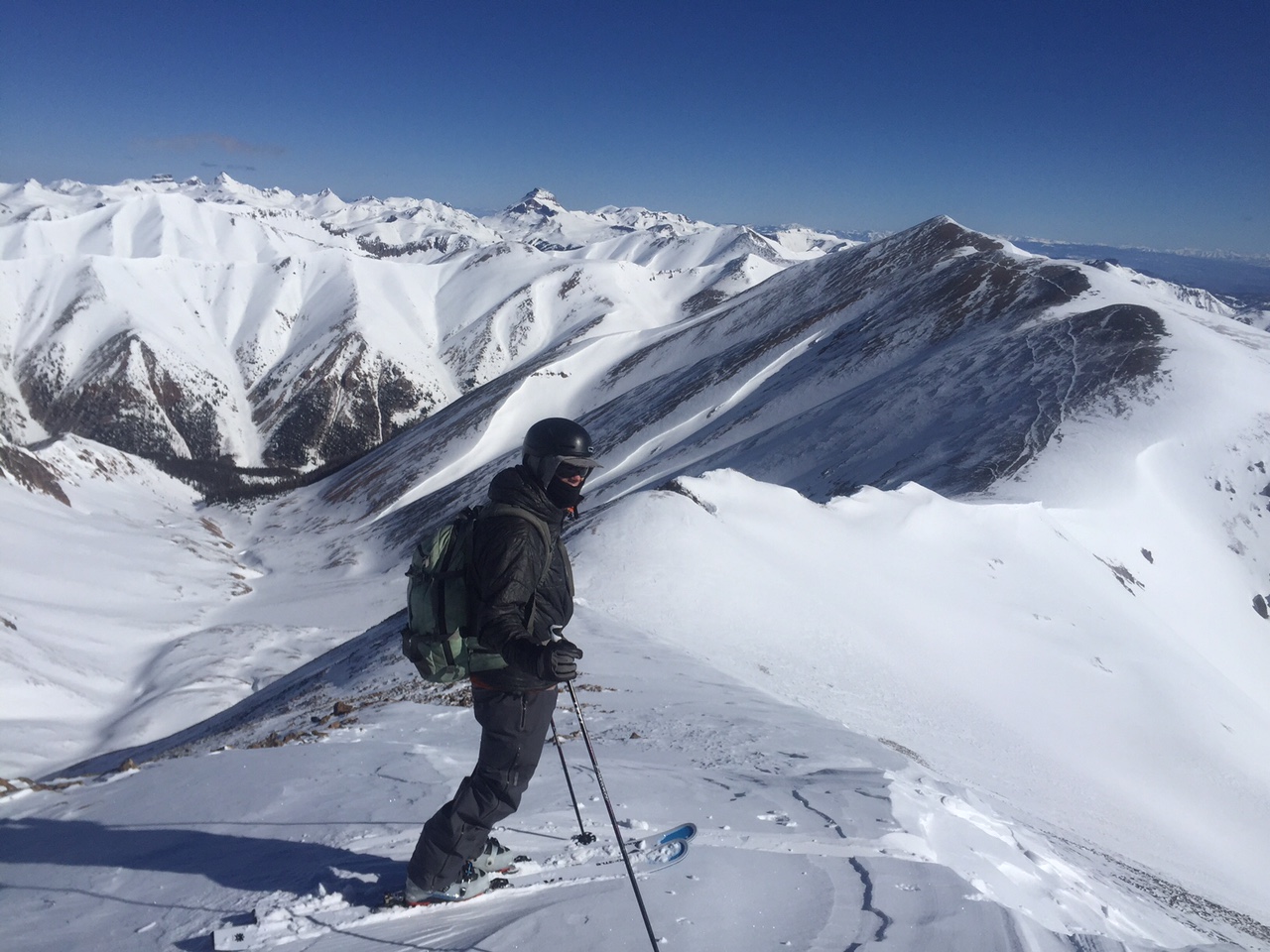 Heading from Sunshine to Redcloud. 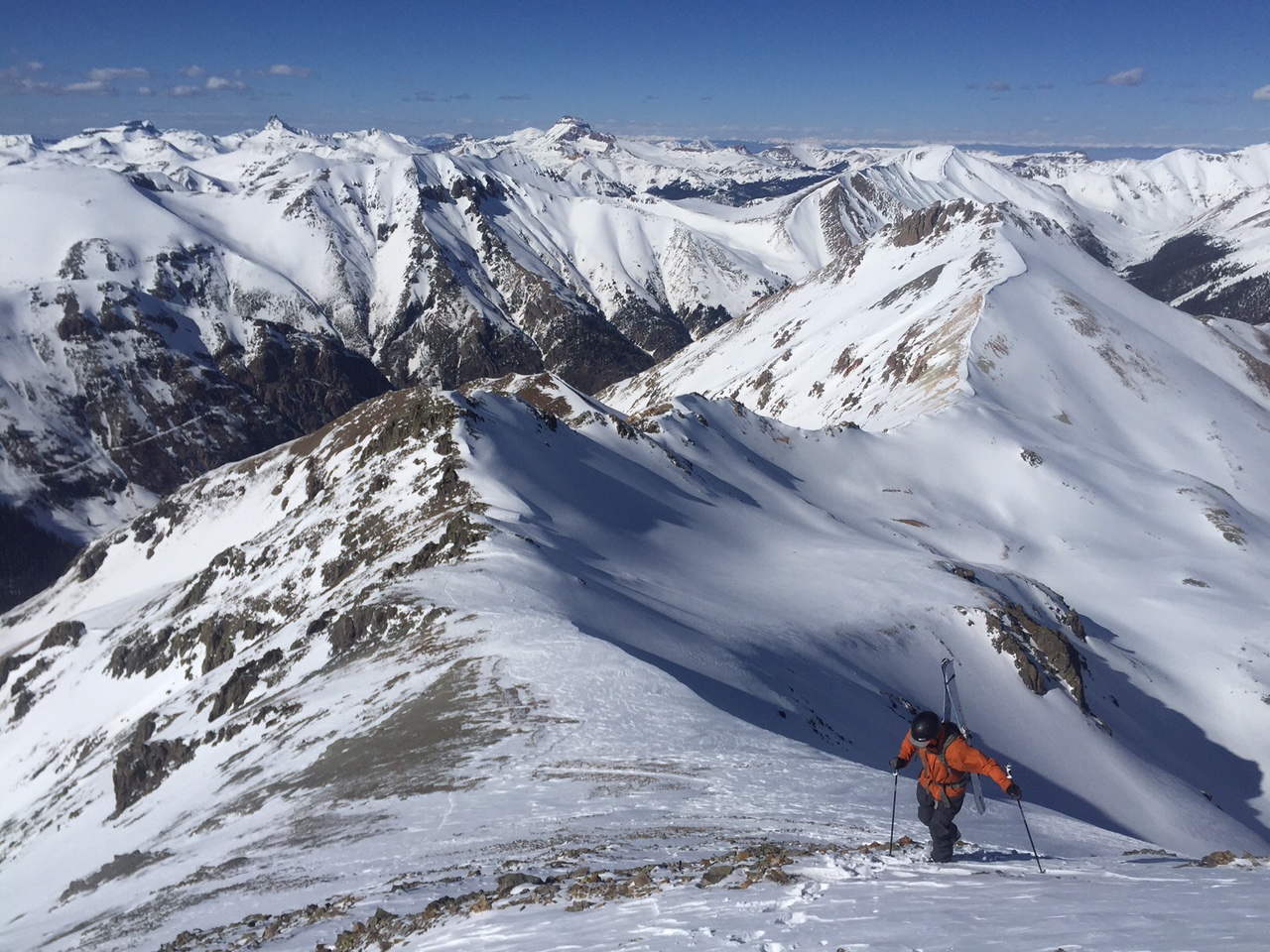 Roger coming up the north ridge of Handies for the third summit of the day.

Thanks to Roger Carter for battling all day with me on those three peaks and for Anna Migl for coming along on the first two.

San Luis was 19 miles for a spectacular ski tour.

Then on Monday April 4, I was heading home but knowing that the weather was good, I traveled up solo towards the Equity Mine and approached San Luis from the south Creede side and was able to ski peak #24 of the project. This allowed me to close out the peaks in the Eastern San Juan range, which will be a huge boost to allow me to concentrate on other peaks moving forward. 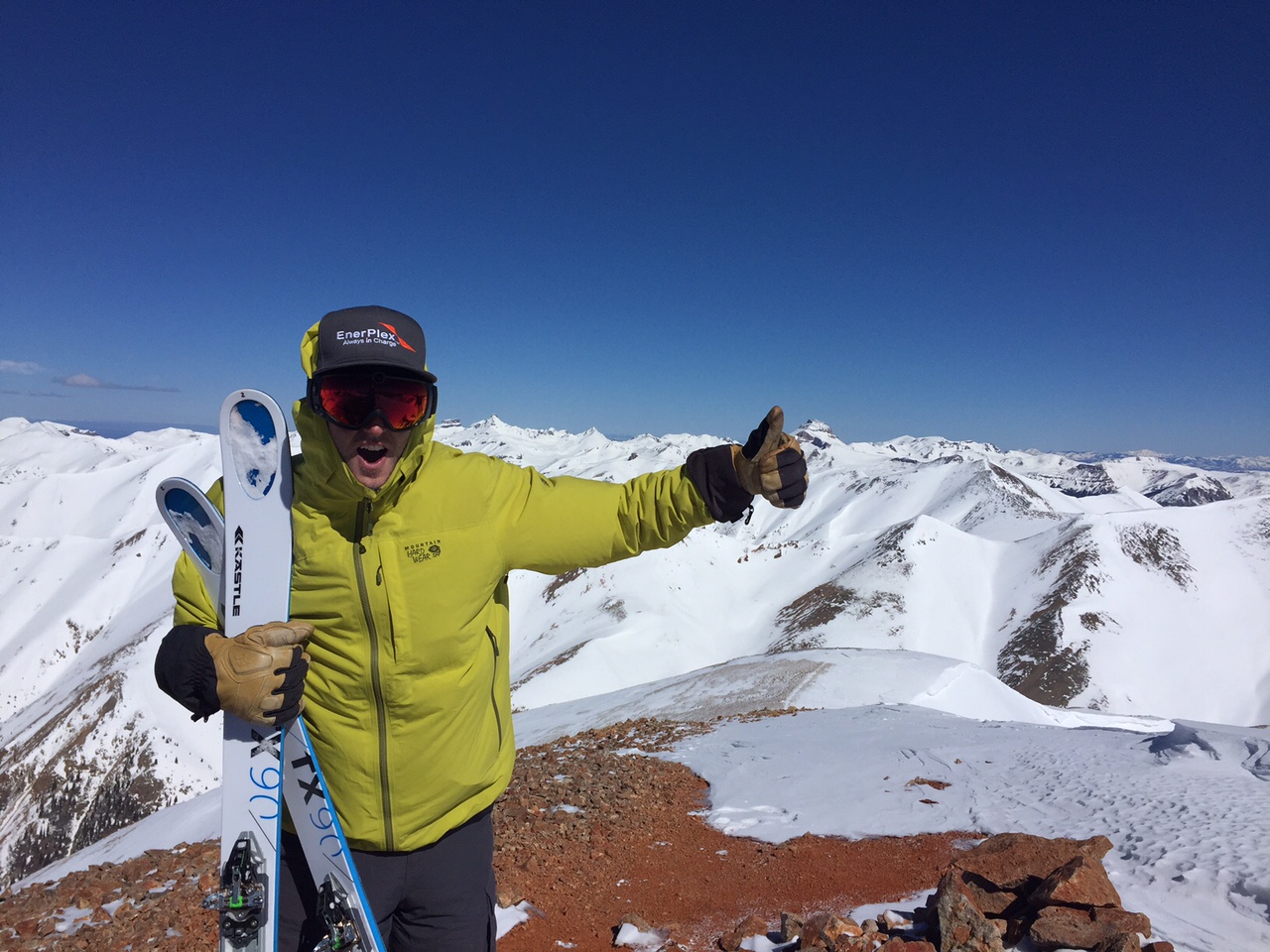 On Redcloud’s Summit, excited for more.

So far so good! The weather is bad for a couple of days now but I will be back out at it later this week, stay tuned for the full trip reports in the ‘ski the 14ers’ drop down menu.

More to come, see you out there!