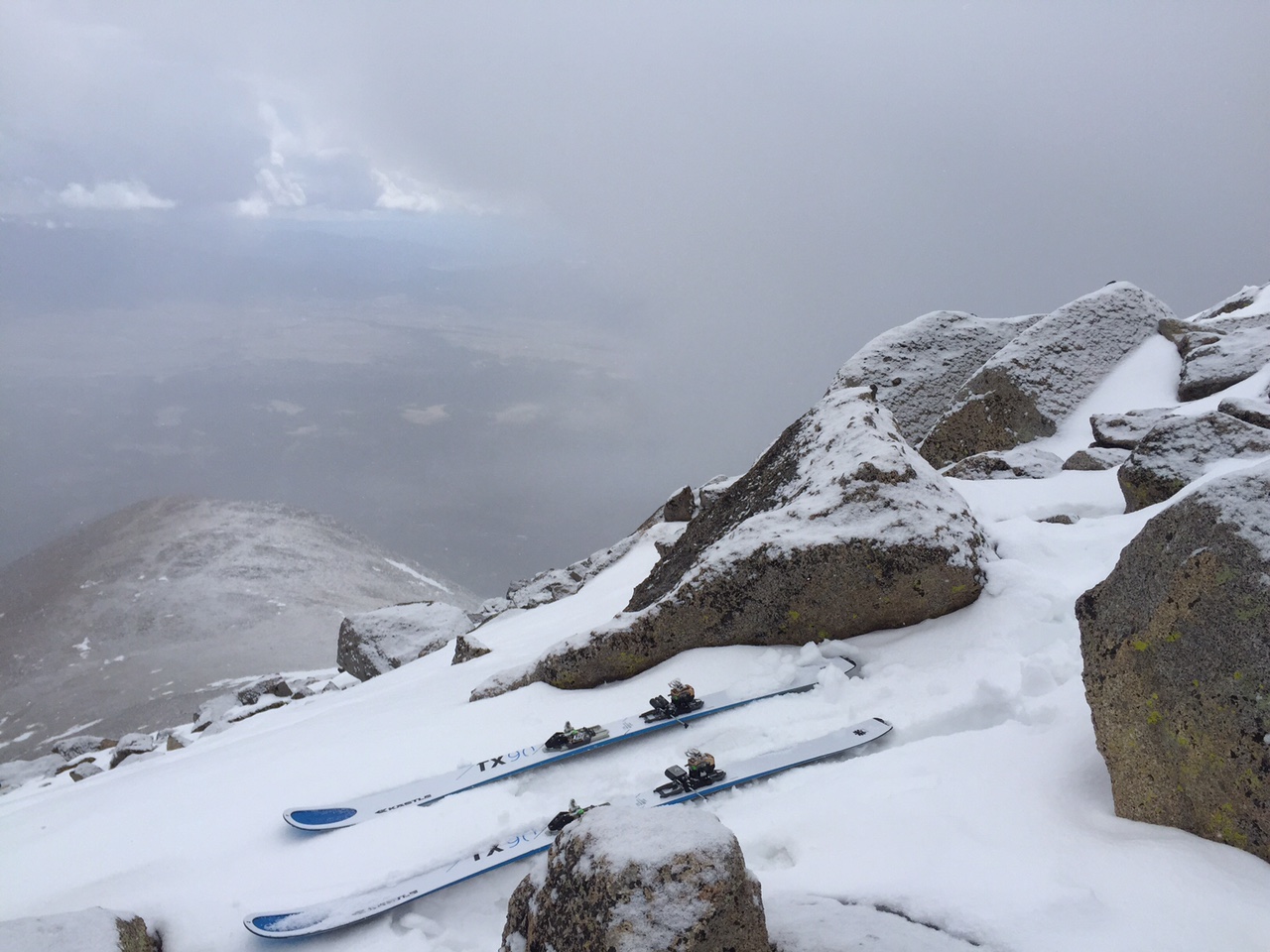 I parlayed a twofer to get to my 30th peak of the project by skiing Shavano and Tabeguache together on the southern end of the Sawatch Range.

With the weather being a great concern- I got a 6:30am start from the east slopes/Blank cabin trailhead and started in Blue skies and morning sunshine. 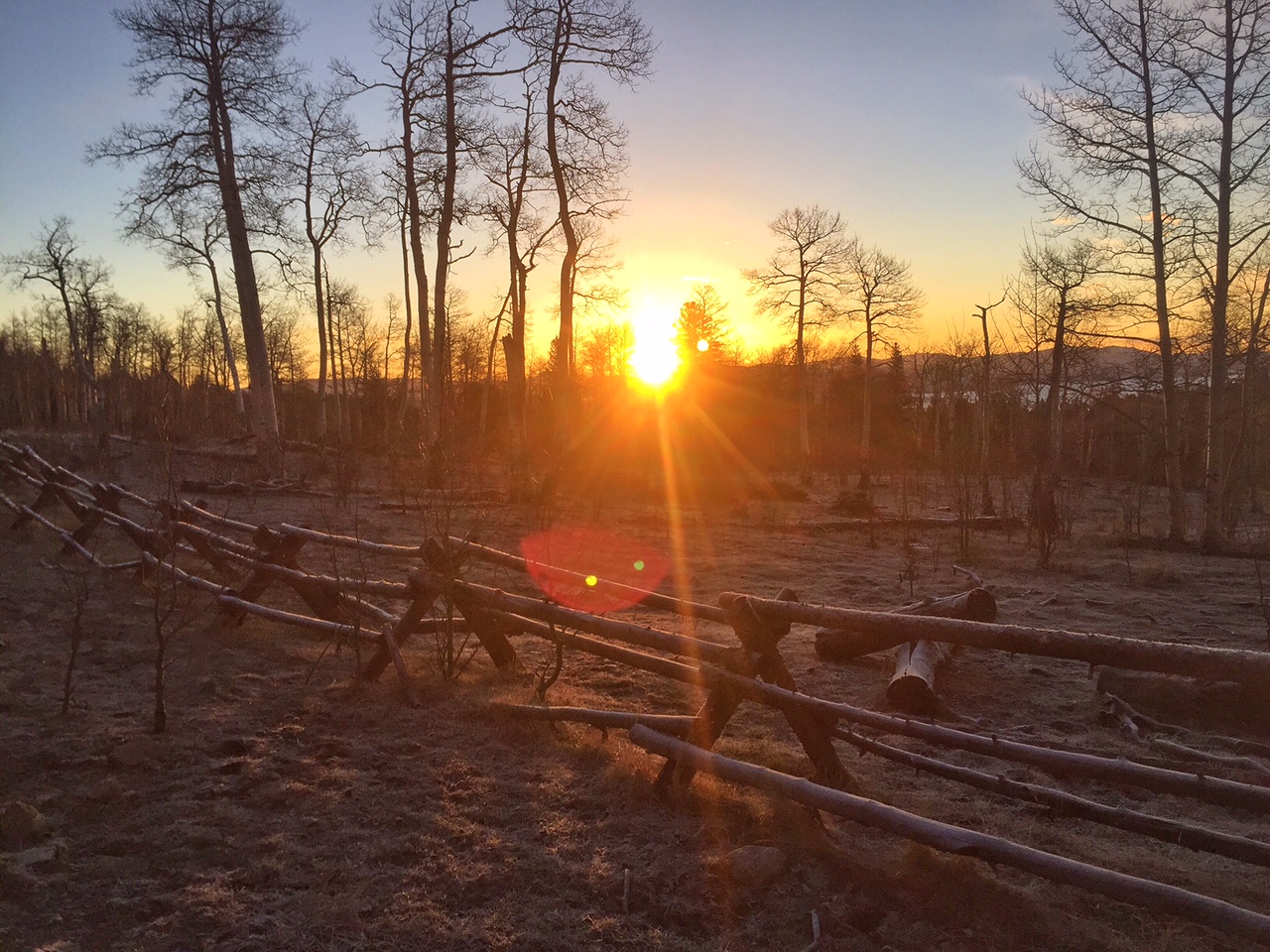 Topping out at 9:30am on Shavano the clouds were already building and snow flurries began to fly.  Fortunately there was no wind. I knew I could move fast so I hustled over the ridge and climbed the east ridge of Tabeguache. Making that summit by 10:30am I was running out of time. Snow was closing in fast from the north and by the time I clicked on my skis I was getting snowed on. The easy east ridge and southeast slopes of Tab were loaded and I was back to the saddle between the two peaks in like 2 minutes. 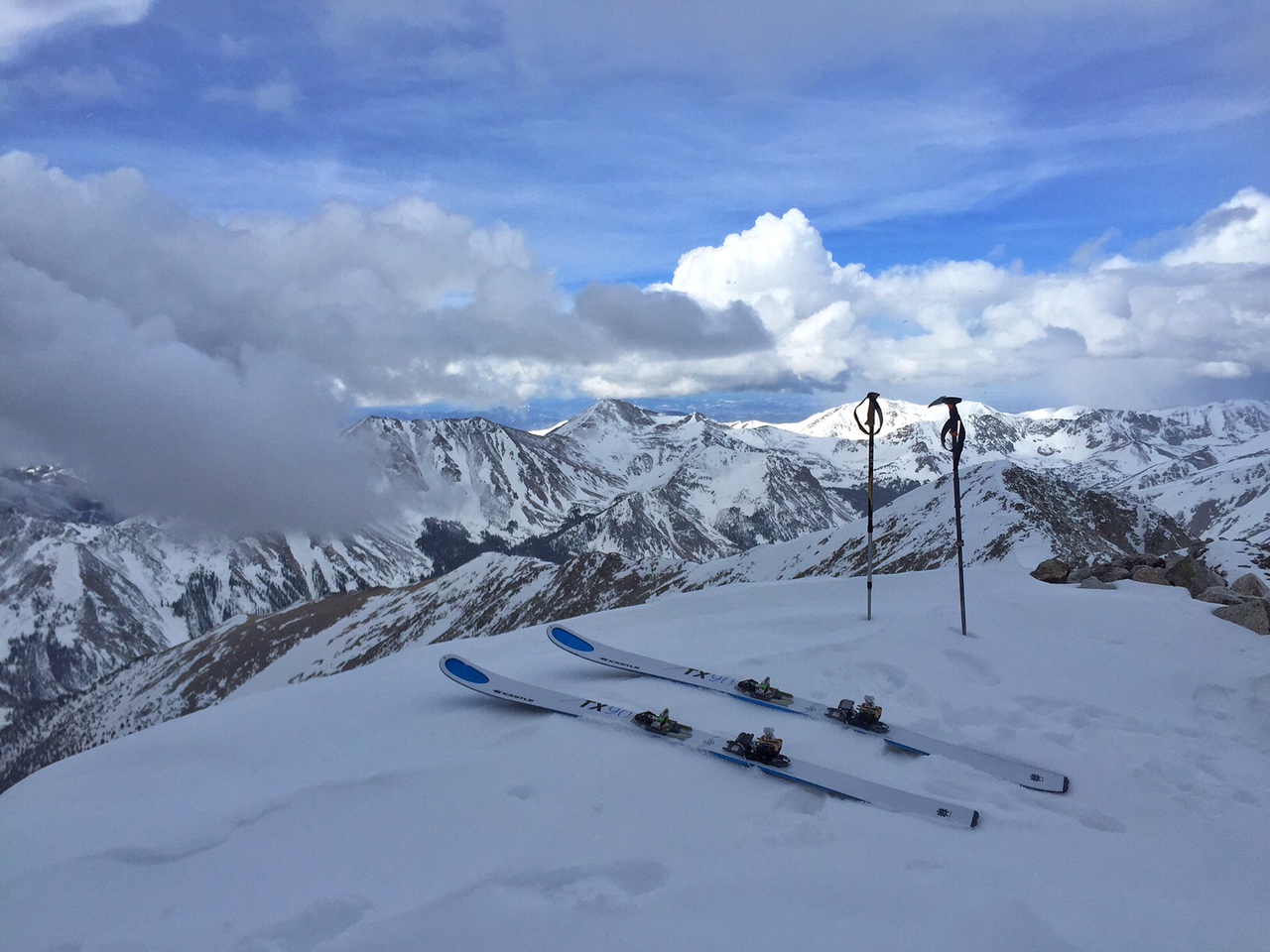 A 25 minute climb back to the top of Shavano was the only way to get back down to my trailhead and to ski the angel. When the hail fell- I was worried that some lighting might follow- so I didn’t waste any time. 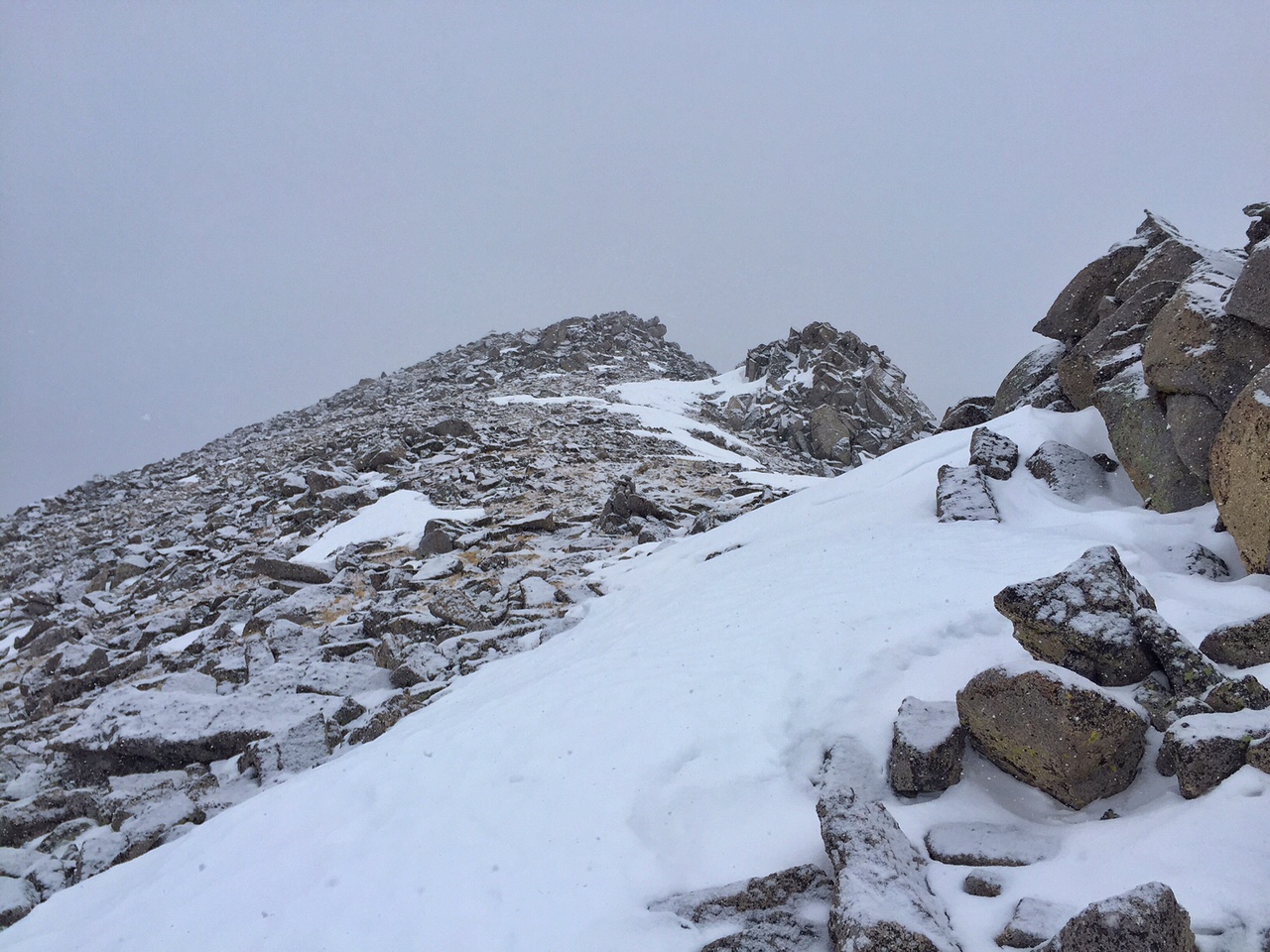 Climbing back to Shavano’s summit by the north Rocky ridge… Good thing the snow was better on the other side!

It snowed hard for 30 minutes and only let up when I came back up to Shavano’s summit for the second time in less than 2 hours. I looked at the clock- 11:11. Snow was pelting the peak to my south- and Antero to the north was getting hit hard. Fortunately I was in the clear. I clicked in and made some turns right off the top- only a small section below 13,900′ was a bit bare- otherwise I was lucky to find a small ribbon over to the Angel of Shavano- the prominent feature on the southeast face of the peak. 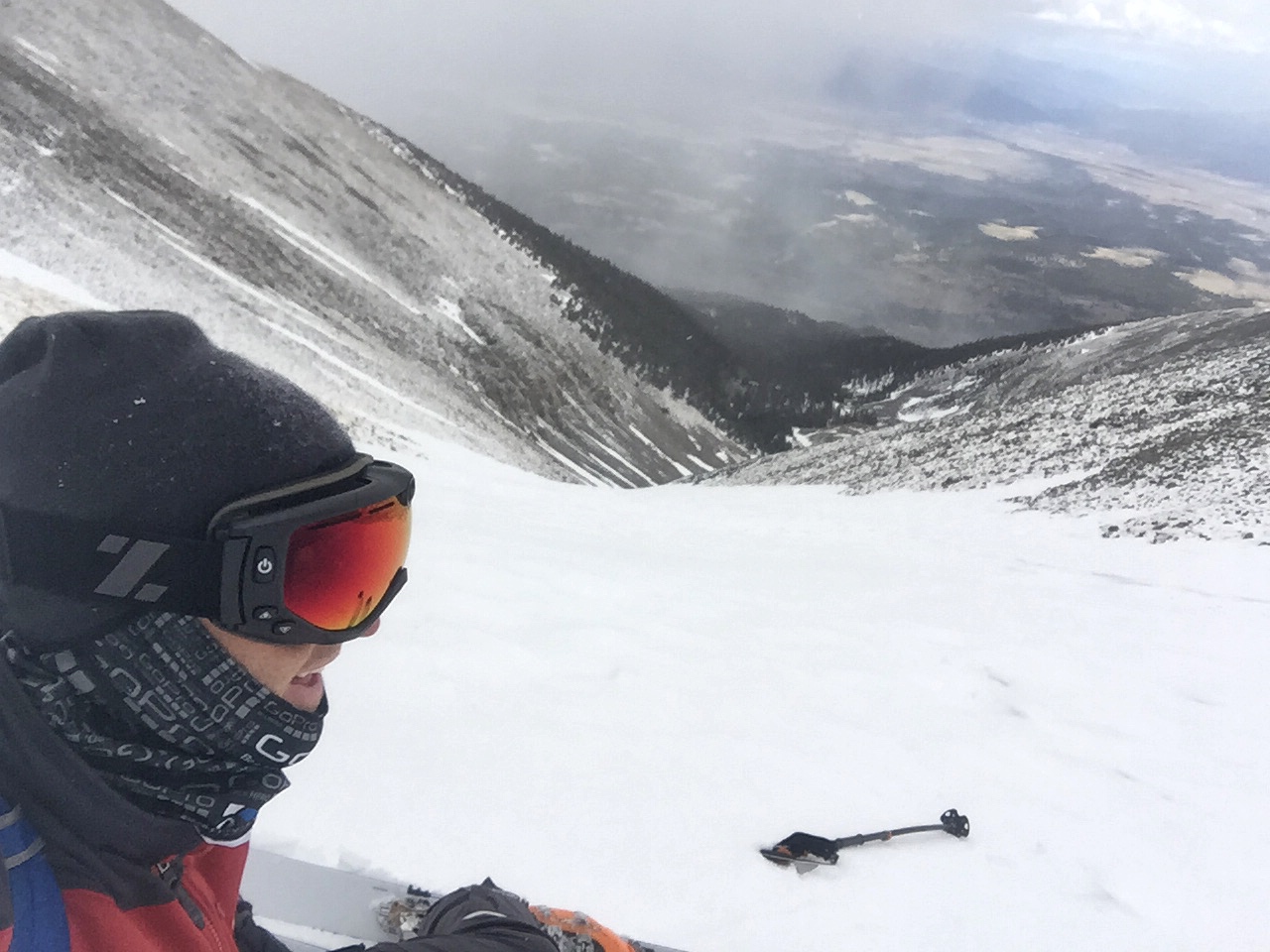 Looking down the Angel of Shavano as the storm rolls in.

I was home free- I made turns down the awesome classic Angel to timberline and around noon I escaped into the trees to the sound of thunder and a flash of lightning way above me. Back to the trailhead by 1pm it was an awesome six and a half hour tour covering 12 miles and 5,500′ elevation climbed and skied.

On to Lindsey in the Sangre de Cristos’s for an early start to beat the weather again tomorrow! 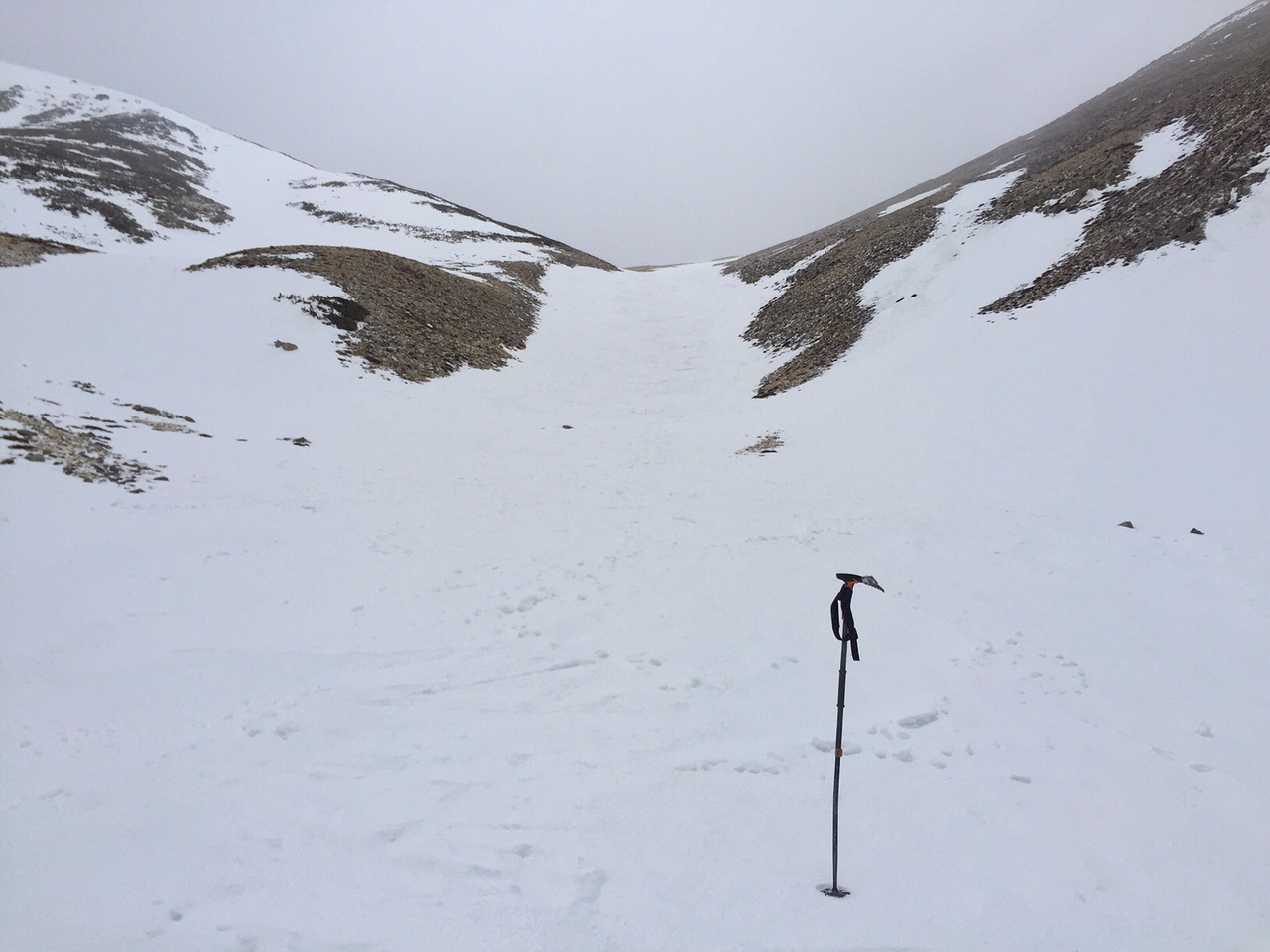 Bottom of the Angel of Shavano after skiing it.