It was a cold and clear morning when we departed the Green Wilson Hut deep in the heart of the Elk Mountains on Tuesday Morning.  Sunday and Monday were quite stormy, dumping up to a foot of powder in this corner of Colorado. The snow had settled into the stable layer below, so as I broke trail into Montezuma basin, the going was moderately tough, but the stars were spectacular. 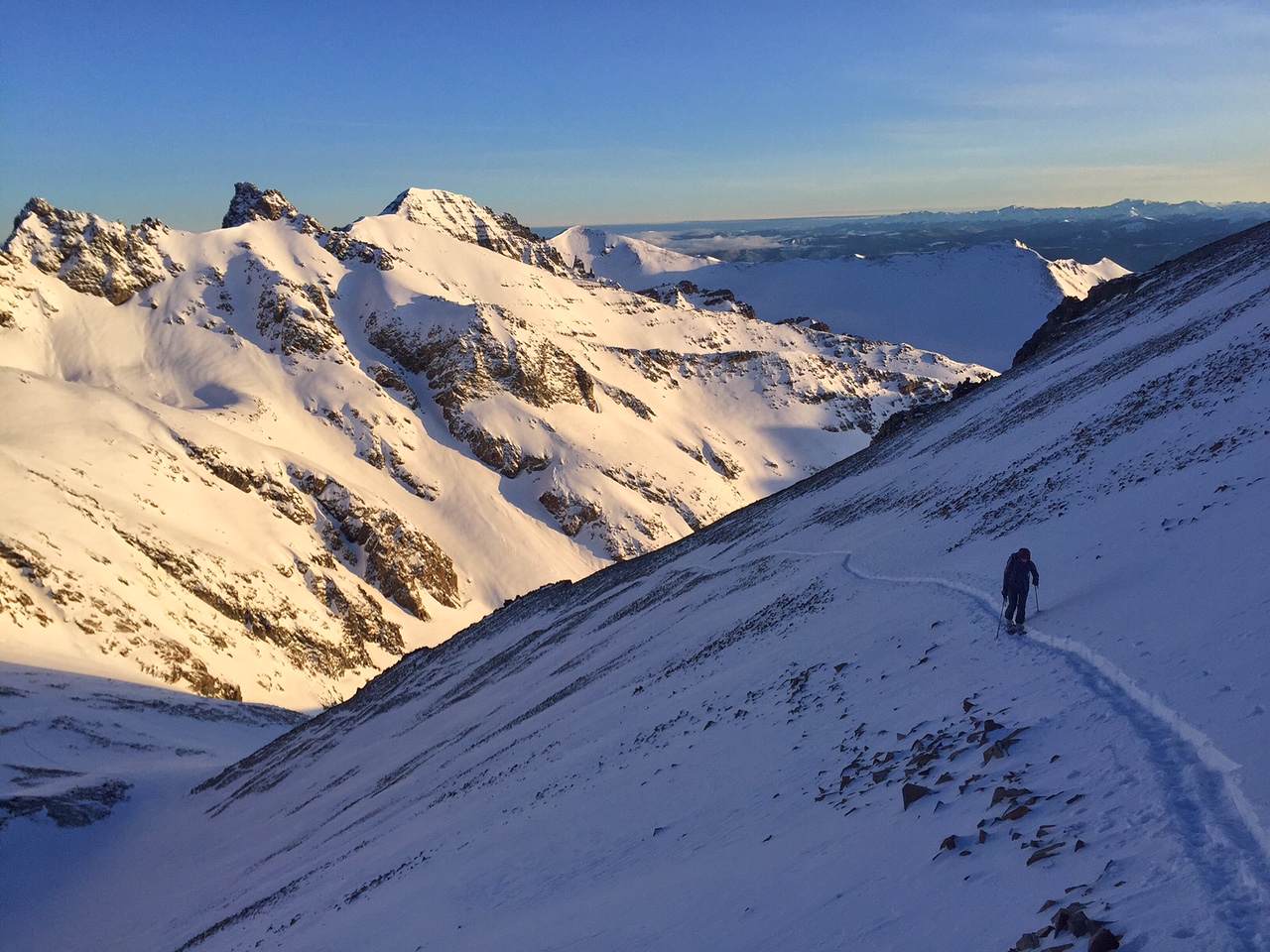 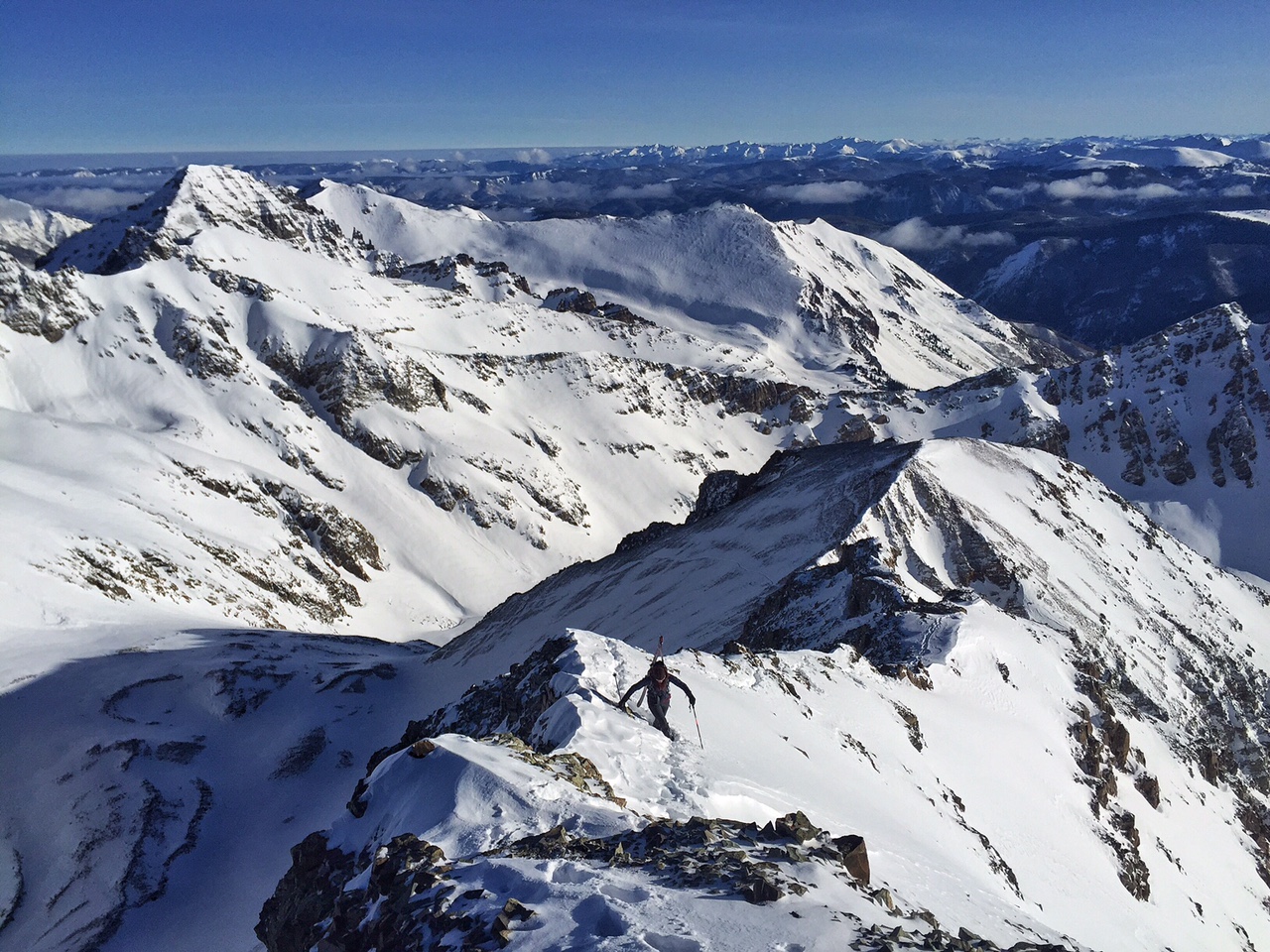 The views became even more impressive as we got higher and higher.   The ridge was tough and loaded with snow, and at times as we booted up the ridge I sank up to my waist in the fresh powder. 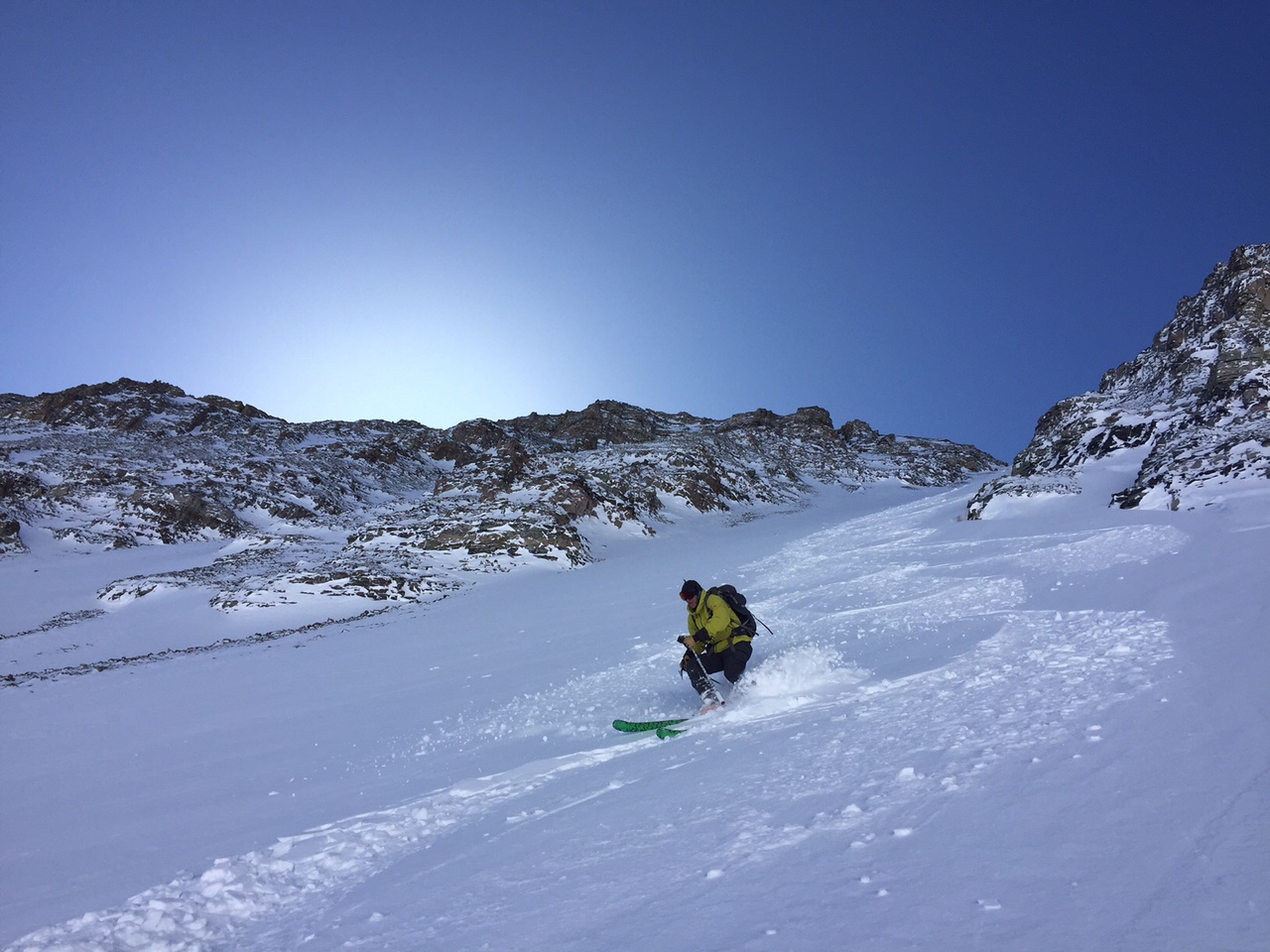 Nearly 1000 feet of fun turns we took in this couloir, and once we made it down in to the basin we really opened things up for an half hour of fun skiing down the basin and back to the Green-Wilson Hut.  I was fortunate to spend a few days hut tripping with great friends and got a chance to ski over Pearl Pass as well, exploring some excellent corners of the Elk Range. 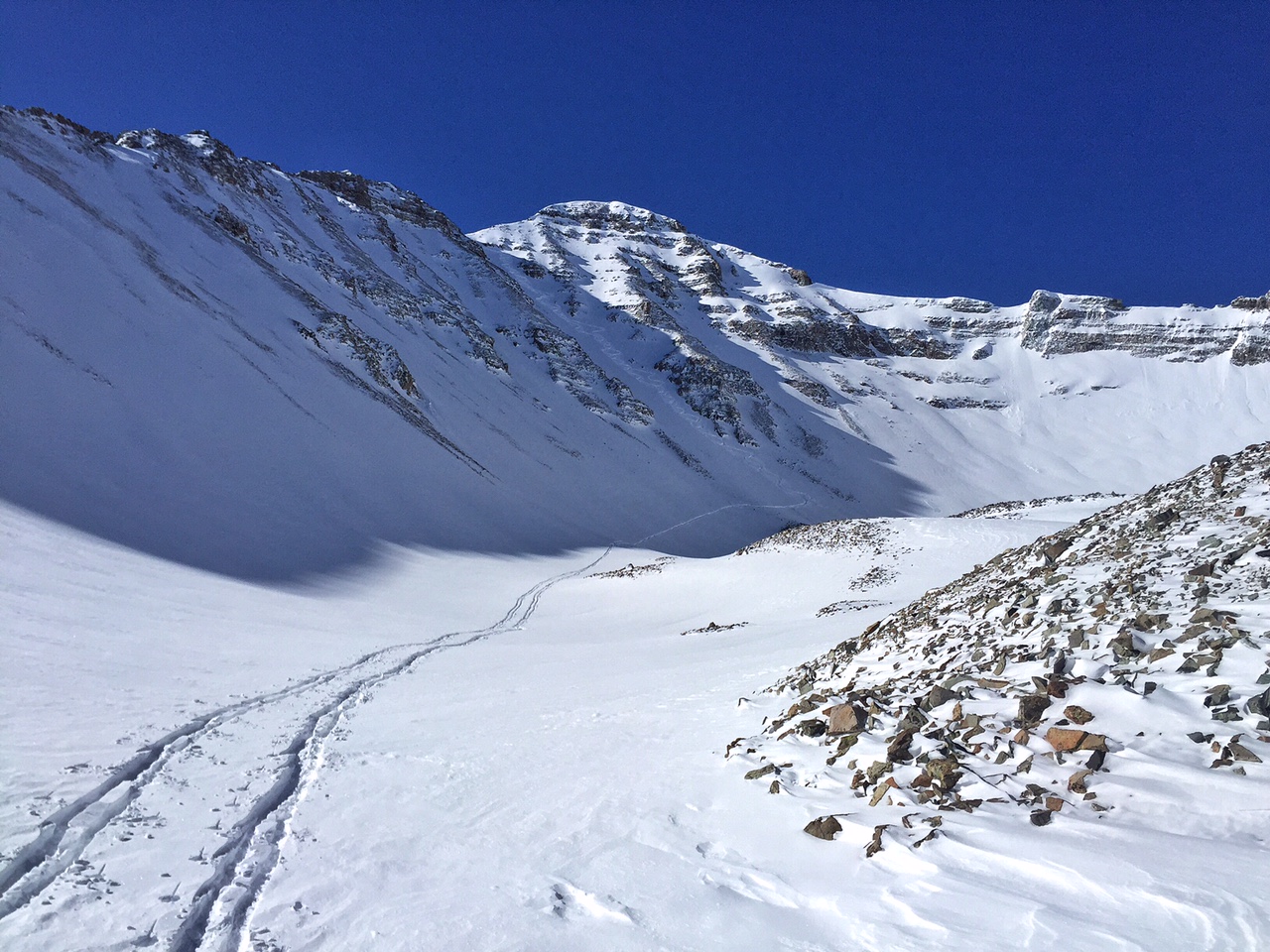 Because the snow conditions of powder were so awesome, it was my favorite peak of the project so far and one of my best 14er skis in years.  With more awesome weather coming in the next few days I am going to get after some more peaks to keep this project rolling!  Thanks for following along! 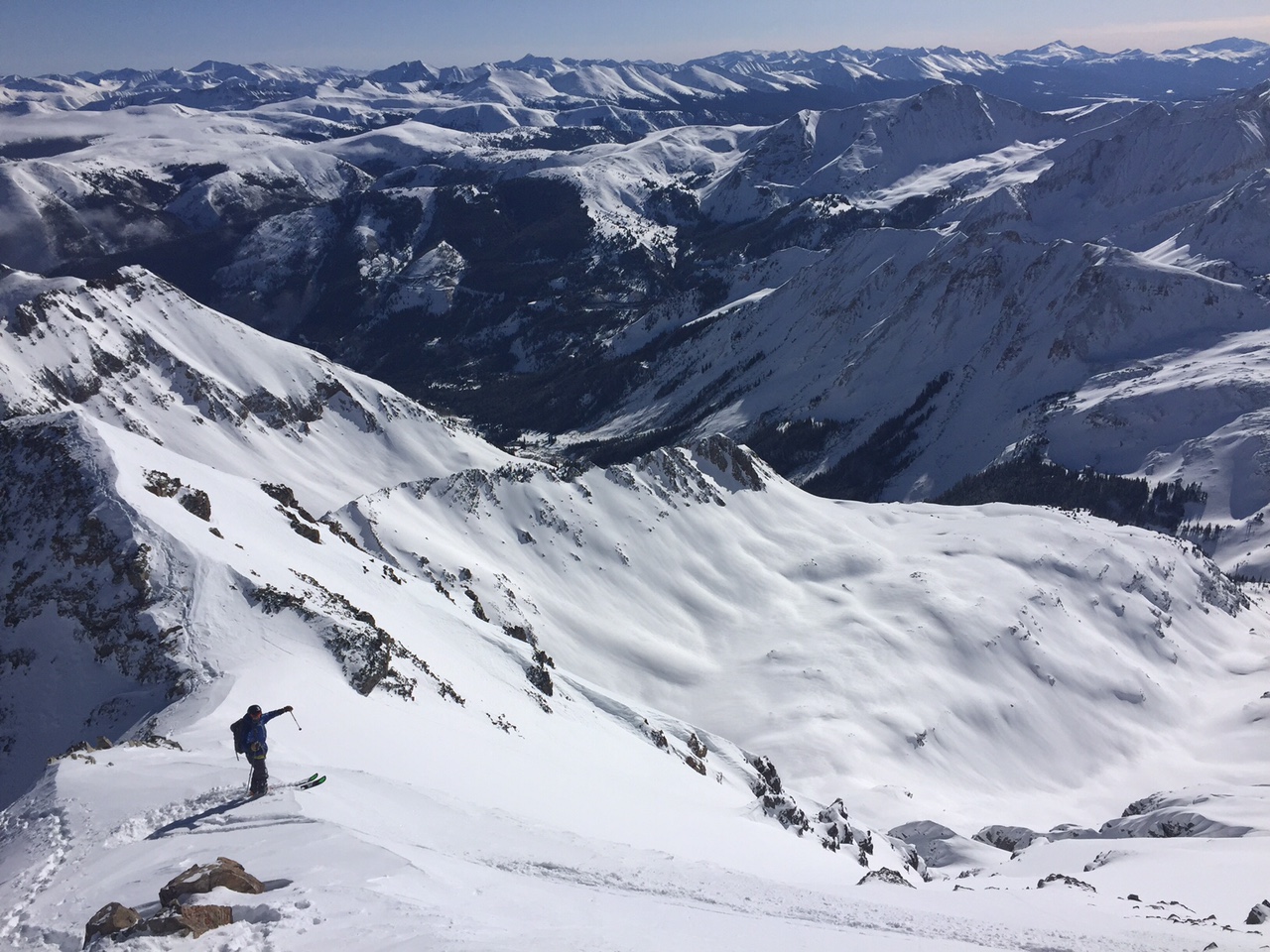